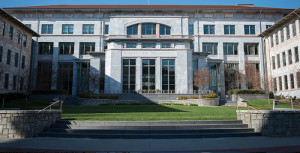 Li Xiojiang, a former Emory professor at the School of Medicine’s Department of Human Genetics who was fired for his undisclosed ties to the Thousand Talents Program, was charged with “theft and bribery concerning programs receiving Federal funds” in November 2019, according to a complaint filed in the U.S. District Court for the Northern District of Georgia.

The criminal charge against Li was not publicly announced when it was filed, until Deputy Director of the Program on Extremism at George Washington University (D.C.) Seamus Hughes discovered the complaint. NBC news later reported the complaint on Feb. 4.

Li and his co-lab leader and wife Li Shishua were fired by Emory in May 2019 for failing to disclose grant money they received from academic institutions in China, the Wheel previously reported. The professors worked at Emory for 23 years and were well known for their research on Huntington’s disease.

The complaint states that Li violated a U.S. statute concerning misuse of federal grant funds in 2015, accusing Li of receiving salary from Emory that was partially funded by research grants while also working for the Chinese Academy of Sciences.

According to the complaint, Emory was notified in October 2018 by the National Institutes of Health (NIH) regarding Li’s applications that failed to comply with NIH policies regarding full disclosure of foreign financial interests.

Emory initiated a review of Li’s University email account in January 2019, which revealed his association with the Thousand Talents Program, a program the complaint classifies as “a talent recruitment program that encourages the transfer of original ideas and intellectual property from U.S. universities to China.”

The Thousand Talents Program was deemed a threat to national security by the U.S. Senate Committee on Homeland Security and Governmental Affairs and the Permanent Subcommittee on Investigations in November.

Federal authorities in recent months have increasingly scrutinized academic relationships between American universities and Chinese universities and government programs. Last week, Charles Lieber, chair of the Department of Chemistry and Chemical Biology at Harvard University (Mass.), was charged with lying to investigators about research funds he received from Chinese sponsors.

“Emory remains committed to the free exchange of ideas and research and to our vital collaborations with researchers from around the world,” Diamond wrote. “At the same time, Emory also takes seriously its obligation to be a good steward of federal research dollars, to ensure compliance with all funding disclosure and other requirements and to promote adherence to its own policies,” the statement reads.