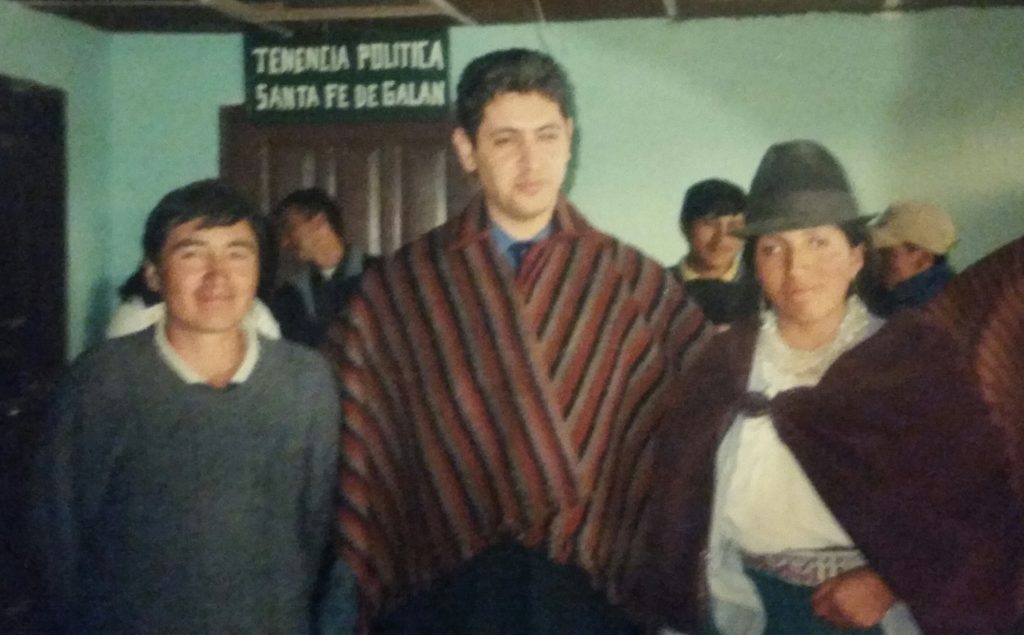 This semester, a former Israeli ambassador to Ecuador and Brazil will bring his real-world political experience into Emory classrooms.

As the youngest ambassador in Israel’s history at 35 years old and Israel’s first non-Jewish career diplomat, Reda Mansour said that he hopes to share what he has learned after living in various societies to help students understand more than just the theoretical side of politics.

Through the Visiting Israeli Scholar Program, Mansour is teaching two classes at Emory this semester, Israel: Religion, Society, Culture and Identity and Israeli Diplomacy: History and Politics. The Israel Institute brings Israeli professors to teach at America’s top universities to encourage a mutual exchange of academic research and knowledge, according to its website.

Mansour stressed the importance of looking at societies through the eyes of minorities. He believes that academia doesn’t do enough to shine light on minority perspectives, and hopes to illuminate this necessary viewpoint through his Religion, Society, Culture and Identity course.

“You can’t understand society without understanding the relationships between the majority and minority groups in that society,” Mansour said.

As a member of one of the smallest ethnoreligious groups in the world, the Druze, Mansour is committed to making the voices of minority groups heard. The Druze make up make up about 2 percent of Israel’s population, according to Pew Research Center.

Mansour’s appointment as ambassador was a symbolic victory for the Druze as it showed that it was possible for members of minorities to break pre-existing barriers and hold high position jobs, according to Mansour.

Although he has taken a break from diplomacy to be a professor, Mansour said he still keeps up with politics.

Mansour said that he believes that the relationship between President Donald J. Trump and Israeli Prime Minister Benjamin Netanyahu is off to a strong start. He acknowledged that it is still early in the term of the Trump administration, so no major moves to revive the peace process between the two countries have been made. Mansour said he believes that the reason the relationship is sound at the moment is, in part, because the Trump administration is Republican, and Israel currently has a right-wing government.

In his previous work, Mansour said he sought to promote “people-to-people” diplomacy rather than “elites-to-elites” diplomacy.

“I think it’s important to connect with people, not just sit in offices and have conversations with elites,” Mansour said. “Don’t be a talking head on the screen, saying only political stuff. Let them know you as a person and connect as many people and institutions as possible.”

During his time as an ambassador, Mansour made a point to travel around whichever country he was working in and speak at universities, churches and cultural centers. He expressed his belief that diplomats should promote cooperation by supporting their home country as well as the country they are serving in.

“Modern diplomacy should be looked at as trying to create win-win situations for both countries rather than only looking out for the interests of your own country,” Mansour said.

The former ambassador served in Atlanta as Consul General of Israel to the Southeastern United States and Dean of the Atlanta Consular Corps. Mansour was responsible for Israeli citizens living in or travelling to the Southeast region of the U.S.

The Israel Institute gave Mansour the option to teach at any of the top schools in the country and chose to come to Emory. Mansour’s experience with the Atlanta community influenced his decision to come to Emory as a professor.

“Emory is an amazing university — there is an atmosphere of growth here,” Mansour said. “There is also a lot of social awareness and involvement in social political issues, which I feel is very important, and it connects to my interests in society and social causes.”

Mansour expressed that he had always wanted to be a professor and that it was his original plan before going into politics, which is why he continued his studies while working as a diplomat. His term at Emory will be the first time he teaches outside of Israel. He holds a Ph.D. from the University of Haifa’s Department of Middle Eastern History and is a graduate of Harvard University’s Kennedy School of Government (Mass.) and Salamanca University.

Mansour is also a published author and poet and speaks five languages. He said he sees poetry as a way to figure out the world and believes translating works into other languages can help bridge the gap between different cultures and promote unity.

In addition to Mansour’s political and academic work, he has served on the board of many non-governmental organizations (NGO) and civil organizations such as Jewish Healthcare International and the World Affairs Council of Atlanta.

“If the civil society of a country is independent from politics and strong, the country will be strong,” Mansour said. “When a country has a strong education system, economic system and health system, then politics becomes much less important.”