With a lack of a stable government and numerous conflicts between the government forces and militia groups, the Democratic Republic of Congo has almost become synonymous with political and economic instability.

Over the last few weeks, the M23 rebel group has further threatened stability in the country by establishing a stronghold in the eastern DRC with the takeover of Goma, the capital of the North Kivu province, being the final straw.

The international community strongly condemned the takeover of Goma because it has wreaked havoc in the lives of civilians who have fled their homes fearing a threat to their lives.

While African leaders have successfully negotiated with the M23 to withdraw from Goma, there needs to be greater international involvement to alleviate the looming humanitarian crisis with thousands of civilians fleeing the perpetual fighting and horrible sexual abuse.

According to Riebl, people are living under harsh circumstances. For example, the Congolese live with little access to clean water, food or any other basic services.

Civilians are compelled to consume water from Lake Kivu, which is extremely contaminated and threatens to lead to a major disease outbreak.

This is because power to the primary water pump in the city was cut during the fighting.

Suspected cholera cases are being treated and monitored and organizations such as Red Cross are setting up water purification stations for more access to clean water.

Food availability also poses a predicament because the price of staple foods has increased. Civilians. however, are unable to afford it.

Currently, organizations are serving 140,000 people and the number keeps increasing as the M23 takeover more areas in the eastern DRC.

The need for power and clean water is greater than ever but international organizations have been unable to send aid or personnel because the airport has been closed. Monetary assistance cannot be sent either because all the banks are closed.

The UN World Food Programme is short of $23 million for the next six months of its operations in the DRC.

This puts civilians in a precarious situation because their lives are in danger at their own homes and the camps.

Forced recruitment of children is a major concern for civilians because the M23 are abducting civilians and convincing them to join the fight.

Walking on the streets has become virtually impossible due to fears of being coerced to fight by the M23. Civilians claim that the M23 have looted the central bank and numerous homes.

They have also raped thousands of women. However, the fear of the civilians is not limited to the M23.

They are equally terrified of government militias because they engage in same kinds of calamities as the M23.

The DRC has been an unstable region for several decades now. Fraught with war, poverty and political unrest, it is a volatile mix of  corrupt politicians and helpless citizens.

What is unfortunate is that the international community has not actively pursued a strategy to enforce some degree of law and order in the country.

Simply put, more needs to be done. We cannot simply stand aside and watch.

There must be greater direct involvement in the DRC because instability in this large country threatens stability in neighboring countries as well.

The DRC has witnessed appalling crimes in previous decades and few perpetrators have been brought to justice. This crisis has to be the final straw. Something finally has to be  done. We cannot take this injustice for much longer.

Aditya Mehta is a College junior from Mumbai, India joint majoring in Sociology-Religion and minoring in Global Health, Cultures and Society. 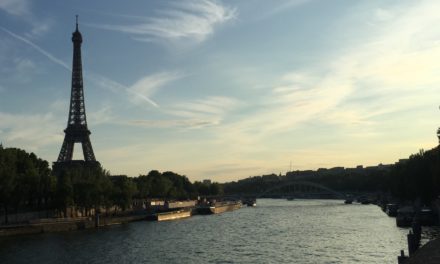 On the Honor Code’s Proposed Amendments

Despite Problems, Progress in Congress