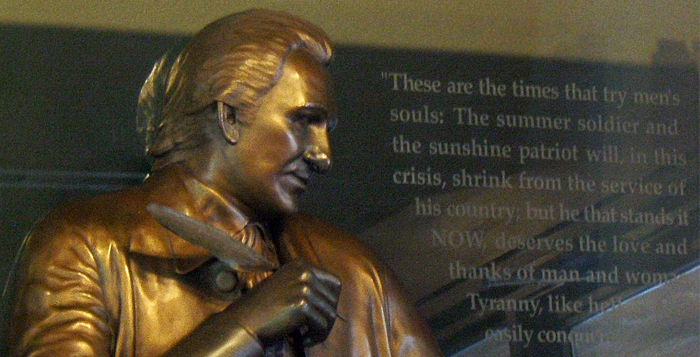 Revolutionary-era political theorist Thomas Paine’s pamphlet “Common Sense” defended the American independence movement as a just cause. Though a short piece, “Common Sense” covered a lot of ground. The first section alone is rich with some brilliant revolutionary ideas. What is society? What is government? Why are the two so radically different? Paine had answers that still resonate today.

“Some writers have so confounded society with government, as to leave little or no distinction between them,” Paine wrote. “Society is produced by our wants, and government by wickedness. The former promotes our happiness positively by uniting our affections, the latter negatively by restraining our vices.”

Following his detailed explanation of the distinction between society and government, Paine carefully reminded his readers why governments had to exist. “Were the impulses of conscience clear, uniform and irresistibly obeyed, man would need no other lawgiver; but that not being the case, he finds it necessary to surrender up a part of his property to furnish means for the protection of the rest; and this he is induced to do by the same prudence which in every other case advises him out of two evils to choose the least.”

Since government is a necessary evil, it is important that we not place it in the hands of a sadist like HBO’s Joffrey Baratheon. Nor should we not allow our government to become too bureaucratic. We are best off as a society seeking individual and collective happiness to choose a government in which we are most equitably represented. That’s what the American Revolution was all about, wasn’t it?

Then why is it that today so many Americans complain about the government? I don’t mean individual complaints, but complaints that are voiced by large groups of people like women, minorities and the unemployed. The reason is that some nameless, blameless, rich and powerful individuals have directly loopholed the purpose of government as our Founding Fathers saw it and essentially transformed ours into a mechanism through which their vices are promoted.

The kind of representation that our predecessors fought for does not exist, not today and, quite frankly, it has not ever existed in U.S. history. Of course, we can all agree that completely equal representation will never be attained because nothing is ever perfect. But that is no excuse for the abominably unrepresentative nature of elections today. Anybody who votes, be it for a congressman or the president, does so on the pretense that said candidate can better represent their interests than any of the other candidates. What voters do not take into account is that they as a collective body of voters have indirectly yet undeniably been influenced through their favored candidate’s campaign donors whose interests take precedent over theirs because their pockets are lined deeply. In short, bribery in the form of campaign donations has taken over the U.S. election process.

Paine warned against this reality in which those who are elected form to themselves “an interest separate from the electors.” He made a straightforward imperative that would prevent such a reality.

Then he went on to make a compelling case against the British Constitution, expressing his sentiments towards monarchies in general, like how arbitrary it is to base political legitimacy and succession on heredity and ending the first section of “Common Sense” by pointing out the contradictory nature behind the reciprocal checking of power between the commons and the king that the British Constitution had allowed.

The concept of checking one’s power implies that this person is prone to making poor decisions. When checking becomes reciprocal, the implication changes. Now, all sides are wrong, yet each is somehow still qualified to challenge the errors of another. But wait, have we not adopted such a concept into our own Constitution?

The way Paine would see it, our current system of checks and balances is merely a continual circular argument between three incompetent branches of government. I do not think that Paine was at all against the idea of checking power as long as it was done by true representatives of the people, but that is not the case.

Thus it appears that we as a society are insane. We blur the line between ourselves and the government, which essentially prevents us from establishing a government that suitably restrains our vices. Sure, we as a society are probably much better off with our government than other societies are with theirs. But that does not excuse us from improving our government. Common sense is a virtue sought after among most clear-minded people. With the midterm election coming this fall, the time is ripe for us to finally put the virtue into practice and make our government a true representation of society.

The Trump Presidency: A Catastrophic Low for America’s Reputation 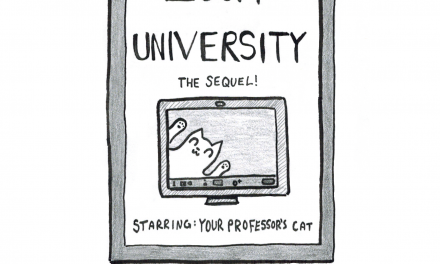