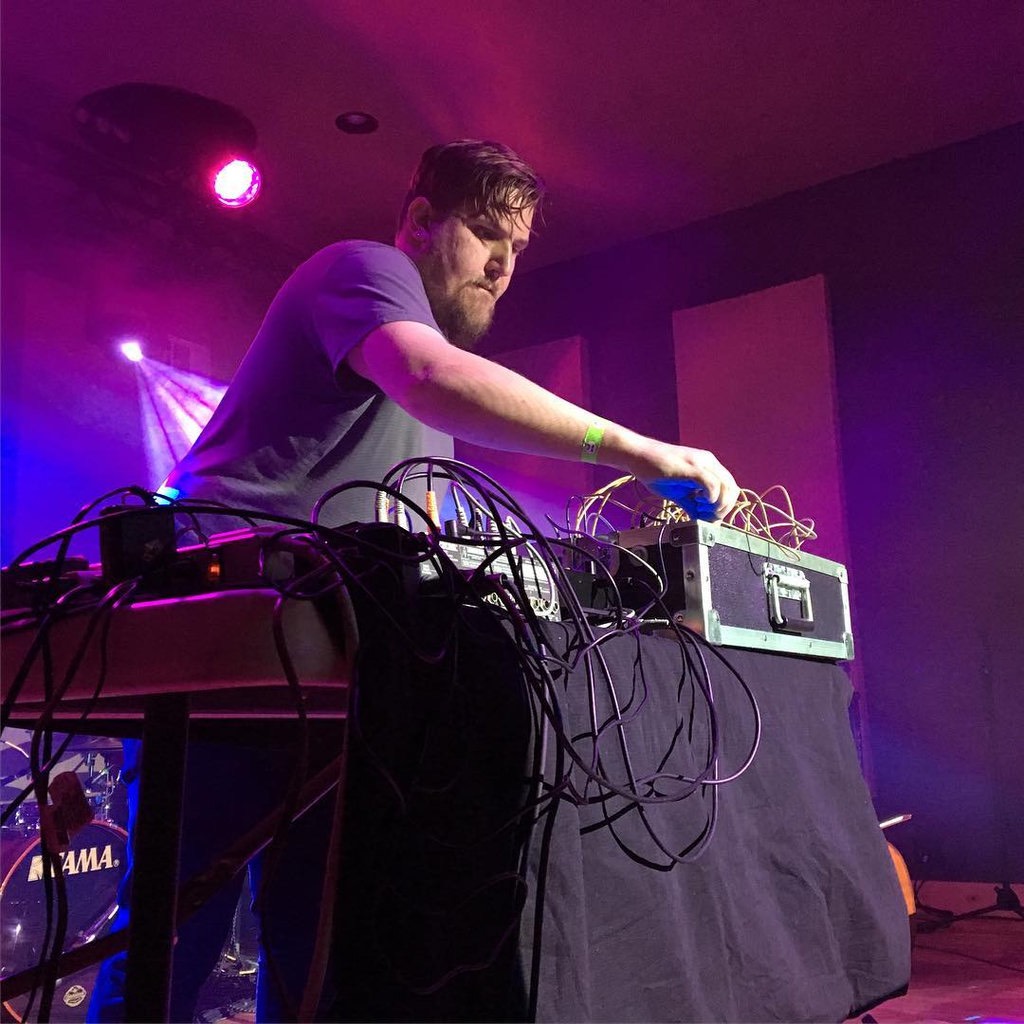 Having played in experimental rock bands since he was 13 years old, Emory comparative literature graduate student and instructor Eric Flohr Reynolds, known onstage as Flohr, still manages to make time for his hobby. When he is not performing at gigs or teaching courses, Reynolds is out in the city enjoying local shows and clubs.

Reynolds graduated from George Mason University (Va.) with a bachelor’s in philosophy in 2012 before receiving a master’s in philosophy at the New School for Social Research (N.Y.) in 2014. When Reynolds arrived in Atlanta in 2015, he was shocked by the city’s rich culture and underground music scene, which steered him away from simply playing metal and punk and threw him into the world of electronic and ambient music. Although he said he came to Atlanta solely to pursue a doctoral degree, both Emory and the city have become his home and influenced the direction of his music.

“When I was in New York at the New School I would go [watch] warehouse raves, avant-garde music and experimental jazz,” Reynolds said. “And then [I would] be on the train reading philosophy for the next day. … I probably did most of my reading for my master’s program on the subway.”

Between research, teaching and learning, Reynolds found time to perform more gigs while at Emory than he has in his entire career. His record label, VLSC Records, and his collaboration with the Atlanta Synthesizer Club, allowed him to perform alongside two of his musical heroes, electronic solo act Telefon Tel Aviv in 2018 and London-based electronic music producer Djrum in 2017. Reynolds called the Atlanta Synthesizer Club the “key to my entire musical life here.”

Reynolds has been in several bands since his teen years, playing either guitar or bass. Now, he is pursuing a solo career, creating electronic and ambient music with his synthesizer.

His interest in music began in the Washington, D.C., hardcore scene, where he found himself picking up the guitar to learn the songs of his favorite metal and punk bands.

“My sister was hanging out with street punks … and there was this one guy that played guitar,” Reynolds said. “I was just starting to play, and I was like, ‘Can you teach me some punk stuff?’ And he taught me Pantera … and to me Pantera is the opposite of punk.”

Although he was disappointed at the time, learning Pantera blurred the boundaries of genre, which has been a major theme in his music ever since.

“I have begun to think of music functioning in different way, much like comparative literature … music doesn’t have to express a feeling, but it can express an idea,” Reynolds said. “My music has become more abstract and more intellectual.”

Reynolds uploads free recordings of his gigs to Bandcamp, where listeners can also preview his latest EP —  a collaboration with VLSC Founder Dylan Banks — and newest project with mixer and producer Anthony Nolan, which debuted recently on the Data Cult Audio podcast.

Reynolds mentioned that although he prefers to be in a band, because much of what he has learned musically is from his bandmates, his solo career has allowed for less rehearsals and more improvisation, as well as more time spent on teaching and researching.

“There is a level of improv; a lot of it has to be hastily prepared the week of or the night of … and it’s extremely nerve-racking and I put a lot of heart and thought into it,” Reynolds said.

Associate Professor of Comparative Literature Sean Meighoo, who met Reynolds when he took one of Meighoo’s graduate comparative literature courses, called Reynolds a “critical thinker.” Meighoo recently attended a performance of Reynolds’s on the Emory campus.

“He performed on a set of modular synthesizers, where he made layered, electronic ambient music,” Meighoo said. “It was a really impressive performance … [for him] just to generate something out of nothing.”

After Reynolds finishes his dissertation, he said he wouldn’t mind joining another band. Reynolds is also currently a member of a duo called Fictions alongside his friend Michael Beiser. Fictions, he said, started in New York and has become one of his longest-running bands.

“We make live music; we use electronic equipment like synthesizers and drum machines … and we try to keep it punk,” Reynolds said.

In the future, Reynolds sees himself performing and rehearsing more with Fictions and has also considered creating an ensemble, which could take his solo music to a larger scale.

Emory has not only influenced Reynolds’s music but has also become a place where he has learned countless valuable lessons in the classroom. Making sure his comparative literature courses intertwine with his students’ interests, Reynolds said he applies much of what he has learned from his colleagues to his own classroom.

“One thing that I have gotten from [Emory] is that our job is not to force the student into liking the text,” Reynolds said. “It’s not just about converting them into comparative literature majors or philosophers. It’s about opening up the concepts to their world, so I always try to include in my classes an element where students bring something that they are interested in into dialogue.”

Reynolds said his openness to his students’ backgrounds has allowed his students to marry modernity with classical texts and figures. For instance, he remembers receiving “papers about Aristotle and Kendrick Lamar.”

“He is really smart, and has a lot of interesting, astute things to say about the material,” Anderson said.

Reynolds also taught CPLT 110: “What Is a Text?” and CPLT 201: “Tragedy of Philosophy” since he arrived at Emory, and is currently teaching CPLT 201W: “Hermeneutics of Suspicion.” Reynolds’s research focuses specifically on modern hermeneutics, the theory and history of literary, especially biblical, texts. He also researches 20th-century philosophy.

For now, Reynolds continues to immerse himself in Atlanta by enjoying local music at his favorite venues. He encouraged Emory students to do the same.

“Take advantage of being in Atlanta,” Reynolds said. “This is a beautiful campus and a wonderful community … but when you have the time … get out in the city, try out some music, go to a venue if you haven’t heard of the people playing — ‘cause there is something really special happening here.”