First Woman Executed in Georgia Since 1945 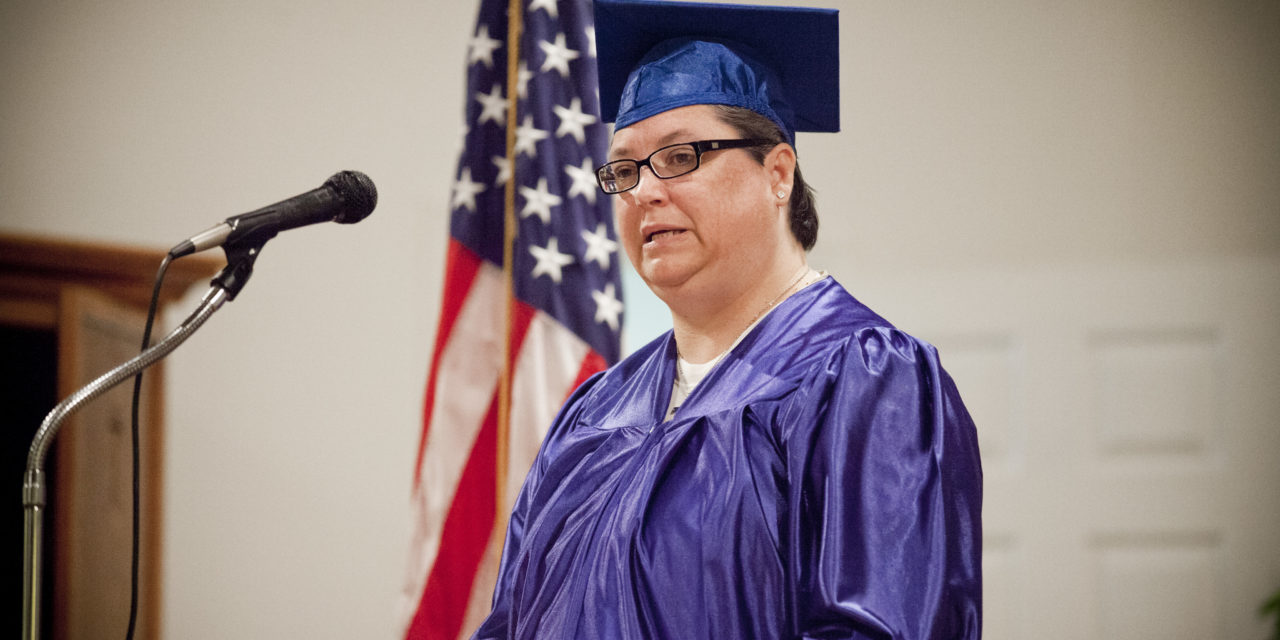 A former Emory affiliate is the only woman put to death on Georgia’s death row in the past 70 years. She was executed just after midnight.

Kelly Gissendaner received her theology certificate four years ago from a joint program between Emory’s Candler School of Theology and the Lee Arrendale State Prison.

Gissendaner was originally scheduled for execution Sept. 29 at 7 p.m. by lethal injection and was ultimately executed at 12:21 a.m. today singing “Amazing Grace,” according to local reports.

The 47-year-old was sentenced to death for the 1997 murder of her husband, which she did not commit herself. She convinced Gregory Owen, her boyfriend at the time, to carry out the murder. Owen testified against Gissendaner and was sentenced only to life in prison.

As a result of community activism and protest, Gissendaner was granted a final hearing on Sept. 29 at 11 a.m. but was denied clemency. Appeals continued throughout the night, including a plea from Pope Francis which was denied.

To signal support for Gissendaner, Candler students and faculty traveled to the Georgia Diagnostic and Classification Prison in Jackson, Georgia last night.

“We brought camping chairs, umbrellas and snacks because we could be here for a while,” Lakeson said from the location.

Candler activists had also joined forces with Gissendaner’s children, prison friends and others opposing Gissendaner’s execution, initiating a series of events such as several prayer services.

Last Tuesday, activists approached the Georgia Parole Board offices, praying and singing in support of Gissendaner, according to Don Plummer, media and community relations coordinator for the Episcopal Diocese of Atlanta.

The group then delivered a letter to the board requesting that Gissendaner be granted life in prison over the death penalty, he said.

On Thursday, the group “chalked” throughout Emory’s campus, writing “#kellyonmymind” with bright sticks of chalk to spread the word.

“She’d become a much different person who really cared about the people around her and was really hopeful,” she said, adding that several Candler students and faculty knew Gissendaner personally.

“You have to confront the fact that you’re getting ready to die,” Lakeson explained of Gissendaner’s state of trauma.

However, the family of Gissendaner’s late husband Doug issued a statement asking the public to honor Doug instead of sympathizing with his former wife.

“As the murderer, she’s been given more rights and opportunity over the last 18 years than she ever afforded to Doug who, again, is the victim here,” the statement reads. “She had no mercy, gave him no rights, no choices, nor the opportunity to live his life. His life was not hers to take.”

Those at Emory consistently rallied in her support before the execution. Candler third year student Christy Oxendine remembered visiting Gissendaner as she was knitting in prison.

“[She knit] blankets, caps and booties for inmates who had their kids [in prison],” she said.

Oxendine did not expect that the Board would deny clemency.

“Our prison system is supposed to be about rehab and restoration,” she said. “It’s just surprising — it’s shocking. It doesn’t seem like there’s any regard for human life.”

Gissendaner’s children stand at the forefront of clemency efforts.

An activist-run website devoted to Gissendaner and the possibility of clemency posted a personal testimony from her daughter, Kayla Gissendaner, before the execution.

“Georgia is planning to kill my mother for her role in the murder of my father,” she wrote, before the execution. “My father would not want this to happen. He would not want the children he loved so much to endure the unspeakable pain that her execution would bring.”

Others added to the kind words about Gissendaner.

“Kelly is a wonderful person, a wonderful mother and a wonderful sister in Christ,” Lakeson said, before the execution. “In a way I’m surprised — but also not surprised because the Parole Board has disappointed us before.”

Although there are alternatives to capital punishment in Georgia, the system resembles a lottery, James T. and Berta R. Laney Professor of Moral Leadership Robert Franklin said during a Candler discussion surrounding Gissendaner’s case and the ethical validity of the death penalty.

“If we were in Illinois, we wouldn’t be here tonight having this conversation,” he said, referring to the fact that the death penalty is illegal in Illinois and 18 other U.S. states.

“By the early 70s we had abolished executions and — lo and behold — we made them legal again,” Assistant Professor of Christian Ethics Elizabeth Bounds said, before the execution. “We may be in an era where we are moving against the death penalty, but if that is the case it will not be in time for [Gissendaner]. That I think is a realistic possibility that we all just have to sit with.”