‘Fighting With My Family’ Packs A Powerful Punch 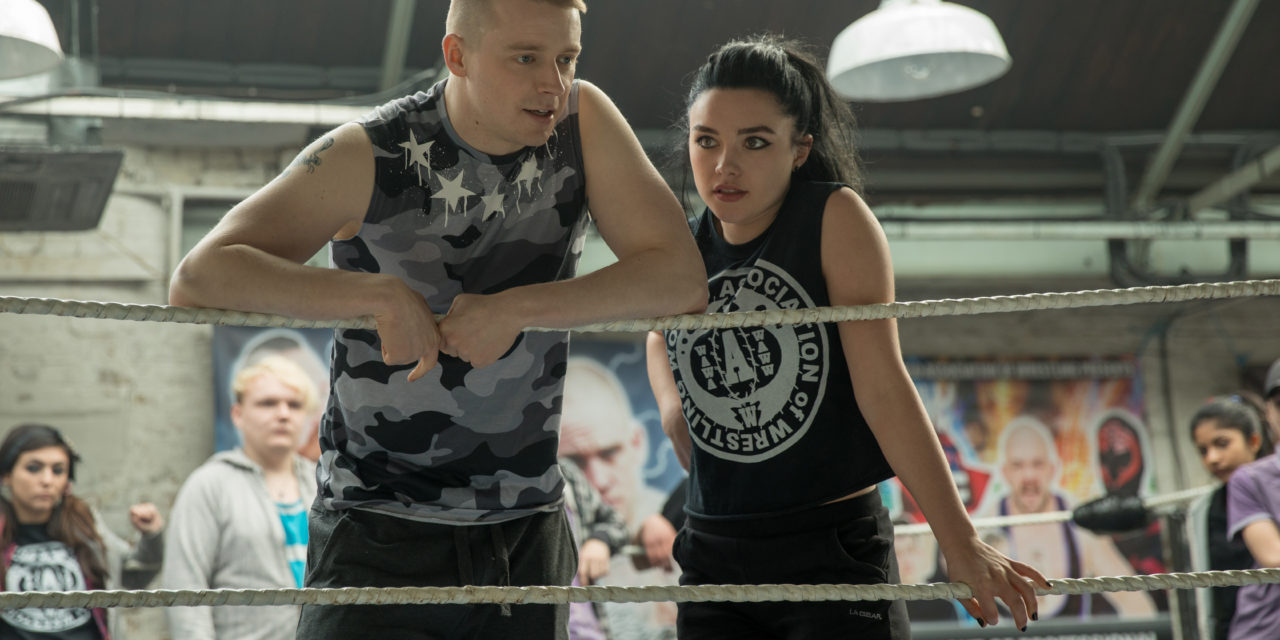 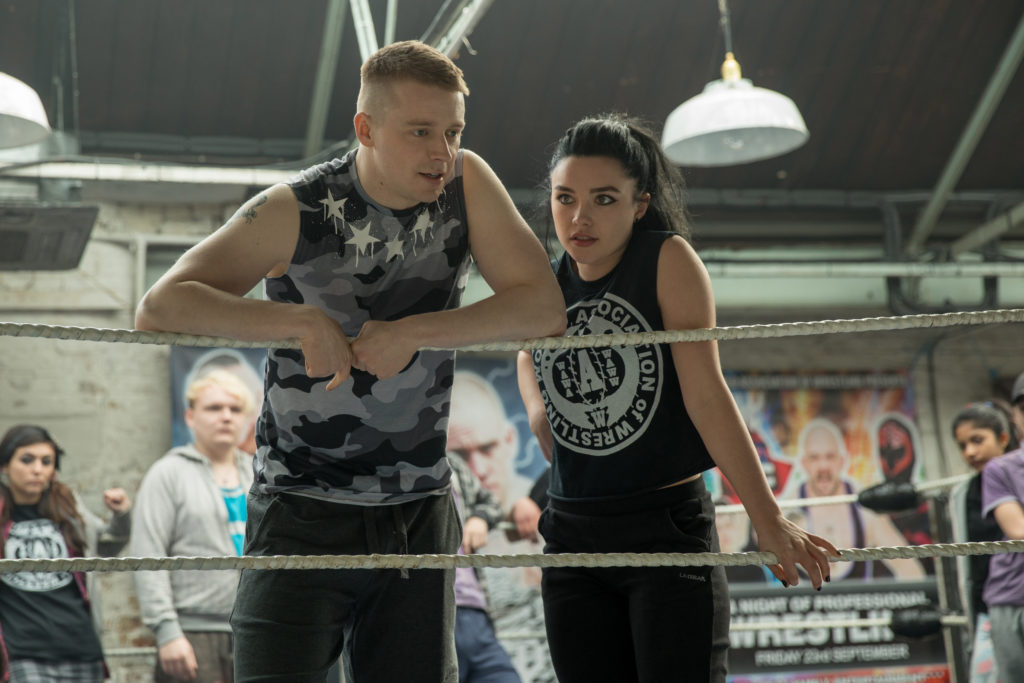 Every year, there are numerous retellings of meek protagonists who dream of achieving stardom, but struggle to get past obstacles facing them. “Fighting With My Family” combats the traditional account of the prototypical underdog story by injecting humour, heart and social commentary into its narrative. It surpasses expectations by delivering an unabashedly entertaining and surprisingly heartwarming story. Stephen Merchant’s film is a thoughtfully crafted and brutally honest biopic, based on the ascent of WWE’s top female wrestler, Saraya “Paige” Bevis.

As a young boy, Zak (Jack Lowden) idolizes Dwayne “The Rock” Johnson, and gets into a brawl with his little sister, Paige (Florence Pugh), over her insistence on changing the TV channel. But instead of breaking up the fight, her parents — former wrestlers — encourage it, even giving them suggestions on how to win. Paige’s unusual family dynamic is put on full display. Humorous banter and training montages show Paige’s reliable support system. Her parents hope that both their children fulfill their dreams of getting to the WWE. Both Paige and her brother juggle the responsibilities of running a family business, which trains local wrestlers, as well as their own attempts to enter the WWE’s NXT training program. In the struggles of their journey to the top of the WWE rankings, Lowden expresses his character’s resentment toward his sister after being rejected by the NXT program several times. Paige creates a whole new stage persona to charm the audience, the only way to ascend to the WWE main roster. While this would ordinarily involve “trash talk,” she sticks to her true self, drawing upon her small-town British origins to create a more empowering female ambassador for the WWE Divas competition.

Pugh and Lowden both give excellent performances, introducing audiences to their characters’ psyche through impeccable interactions with the supporting cast. Zak’s eventual violent outburst, depicted through his brawl against Paige, as well as Lowden’s excellent intonation and expressions, portray his jealousy of Paige’s success following his own rejection from the WWE. Pugh, especially, does a fantastic job conveying the pain, fear and desire people endure when competing for the WWE Divas title. She dyes her hair blonde and tans her skin to imitate the supermodels whom she trained with, in an attempt to win over the WWE crowds. The two lead actors also have admirable chemistry, showcasing a competitive yet caring nature as they eventually support one another.

The supporting cast deserves equal praise. Julia Knight (Lena Headey) and Ricky Knight (Nick Frost), Nick Frost (Ricky Knight) and Dwayne “The Rock” Johnson himself all inject some light-hearted moments into the film. The jokes, despite being quite abrasive and sardonic, in stereotypical British fashion, stick their landings well. These were quite tongue in cheek at times, particularly with the reptition of the phrase “Dick me dead, and bury me pregnant,” used to express surprise. The sheer absurdity and comedic timing of the quips, combined with utmost perfect delivery, draws laughter. Johnson was particularly engaged with his role. His excellent delivery of dialogues was perhaps impassioned by his own experiences in the WWE. Furthermore, his motivational speeches were infused with his actual catchphrases, adding some extra references for WWE fans.

As if The Rock wasn’t enough of a selling point, the fight choreography is admirably intricate — the amateur characters don’t shy away from dangerously fast moves and closely mimic real WWE fighting. The movements and transitions are seamless and creative, including a move inspired by the real life “Suicide Dive,” wherein the wrestlers jump between the ropes to tackle an opponent outside the arena. Yet the fight scenes are entertaining even for non-WWE fans. The film also subtly takes some shots at the WWE industry being “fixed” or “fake” and shows how wrestlers are often paid to take a beating.

But the final act of the movie feels too short. The film might have been more poignant had the last fight been longer. The filmmakers missed an opportunity to showcase real footage from the fight that launched Paige into stardom. Even a headline or two regarding her achievements would establish a greater real-life parallel. I couldn’t help feel slightly underwhelmed, as, after two hours of build-up, there is no triumphant finale. Paige’s accomplishment almost delivers the jubilance it should, but ultimately fell short of leaving a lasting impression.

Overall, the film is well-paced, balancing touching and humorous moments. It approaches the clichéd rendition of an underdog story from a fresh and entertaining perspective. “Fighting With My Family” is a well acted, brilliantly crafted film that keeps the audience constantly engaged. It’s an excellent critique of the industry as a whole, but also provides a hopeful punch of motivation to those who feel overwhelmed in the pursuit of their goals.