As the executive board of Emory’s chapter of Planned Parenthood Generation Action, we were appalled by Patrick Czabala’s (23C) recent op-ed entitled, “To Combat Abortion, Vote GOP.” We aim to address the article’s main arguments, all of which are commonly parroted anti-abortion talking points.

The article contains numerous false statistics, disreputable sources and oversimplifications of complex issues; these are common tactics used by anti-abortion proponents. As opposed to falsehoods and half-truths, here are some true statistics from credible sources: National polls demonstrate that a majority of Americans support acccess to abortion and oppose overturning the Supreme Court’s decision in Roe v. Wade (which legalized abortion in the United States, although it allowed for increasing amounts of regulation throughout a pregnancy in the interest of women’s health and potential life.) Abortion is significantly safer, and with far less complications, than pregnancy and childbirth. An overwhelming 91% of abortions in the U.S. occur within the first 12-13 weeks of pregnancy, and those conducted later are largely due to health complications. Additionally, abortion is currently at an all-time low in the U.S., credibly attributed to increases in sex education and access to contraception.

Many anti-abortion advocates claim to support women and children. In reality, their efforts often do the opposite. Targeted Regulation of Abortion Providers (“TRAP” laws) often claim to protect women’s health, but in 2016 the Supreme Court found that such restrictions were unneccsary and unconstitutional. Six-week abortion bills, which ban abortion before most women even know they are pregnant, are often labeled “Fetal Heartbeat” bills, which is inherently a scientific misnomer. Researchers agree that what is detectable around six weeks are the first signs of cardiac activity. This does not definitively indicate life nor of a fully formed heart, which develops significantly later in pregnancy.

Moreover, the politicians championing what they view as the “inherent value and dignity” of human life are the same ones who are currently blocking reauthorization of the Violence Against Women Act and rolling back the Affordable Care Act. They’re also slashing funding for Planned Parenthood, which provides millions of people with essential reproductive and general health-care services far beyond abortion. If Americans truly want to protect society’s most vulnerable, we should stand against such dramatic cuts to public health insurance and gender-based violence prevention. We should acknowledge and stand with the current movements protecting the lives of adults and children — through supporting sensible gun control legislation, opposing cruel child separation policies, and reforming policing and the criminal justice system.

An oft-repeated claim of anti-abortion advocates is the importance of ensuring that women are well-informed regarding their own abortions. Yet women understand what’s going on inside their bodies quite well. Seeking an abortion is often a difficult, complex decision, and to act as though women are unable to make that choice in an informed way is paternalistic and patronizing. 95% of women surveyed do not regret their decision to seek an abortion. Furthermore, abortions do not have long-term negative consequences on women’s health. Conversely, women denied abortions are more likely to suffer financially and struggle with mental health issues. If anti-abortion proponents truly desire evidence-based information on sex and abortion, they should be fighting for comprehensive sex-education programs, instead of promoting abstience-only instruction, and opposing unscientific “informed consent” pre-procedure abortion requirements.

Banning abortion doesn’t stop abortions; it simply makes them unsafe. The economically well-off will continue to access abortions through alternative means, while the most marginalized members of our society — including women of color and the economically disadvantaged — will be forced to resort to the coat hangers and dangerous back-alley abortions of generations past. If we truly want to support women and the sanctity of human life, we must advocate for healthcare expansion, comprehensive sex education, and increased access to contraception. These are undoubtedly the best ways to reduce abortion rates and help women live healthy, fulfilling lives.

According to SisterSong Women of Color Reproductive Justice Collective, reproductive justice is “the human right to maintain personal bodily autonomy, to have children, not have children, and to parent the children we have in safe and sustainable communities.” As global citizens, to champion these human rights is our duty. To ensure reproductive freedom in our country, we must listen to and advocate for women — and vote accordingly.

Special thanks to Dabney Evans, director of the Center for Humanitarian Emergencies at Emory, and Assistant Professor of Women’s, Gender and Sexuality Studies Stu Marvel for taking time to edit this op-ed. 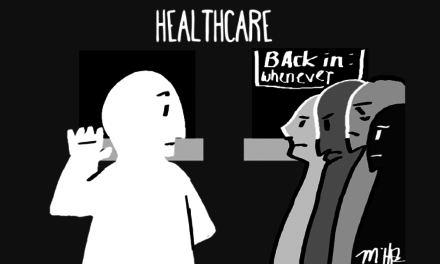 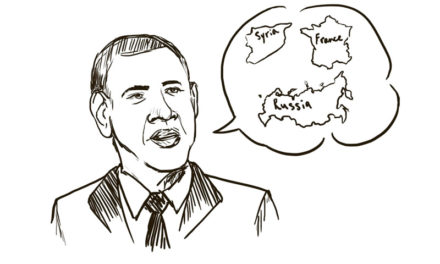 Emory Should Focus on Recruiting Veterans