Faves from the Atlanta Film Festival 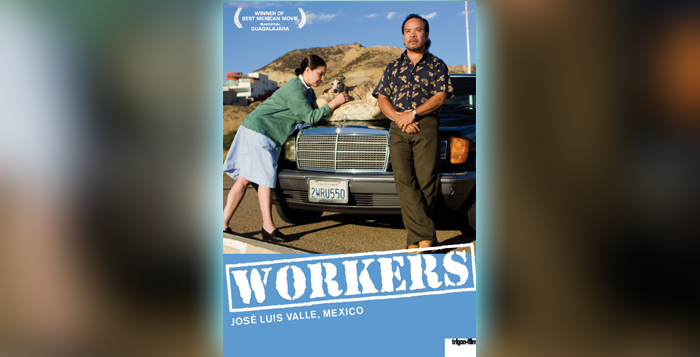 I went to the Atlanta Film Festival not having done my research. It’s not to say I didn’t go prepared; I did some due diligence on the directors whose work I’d be seeing and what kind of acclaim some of the films had already received, but I didn’t read synopses or look up plots. For the majority of my life, I’ve walked into theaters and watched movies I’ve basically already seen in full: 50 percent through trailers and another 25 through incessant network plugs, and this weekend I wanted my experience to be nothing like this. I wanted instead to sit down, put my feet up on the chair in front of me, and just go with it. And this is exactly what I did. I saw four films, and each film was a portrait of a different set of lives highly unlike my own that allowed me, for an afternoon, to get out of my head and get back in touch with my own ability to empathize. Most of these films will now travel to other festivals around the country as well as internationally.

In “BobÃ´,” a Portuguese film directed by InÃªs Oliveira, Guinean housekeeper Mariama (Aissatu Indjai) comes to stay at the home of Sofia (Paula Garcia), a wealthy architectural illustrator in downtown Lisbon per the request of Sofia’s mother. The film is beautifully captured and portrays Sofia’s depression with extreme close-ups and long takes that make the film appear more like photography than narrative. Although the politics of the film are highly present – Mariama is protecting the young BobÃ´ (Luana QuadÃ©) from her grandmother who wants to circumcise the girl under Guinean tradition – they are secondary to the film’s emphasis on Sofia’s intellectual but emotionless life. Mariama disrupts Sofia’s silent house and forces her out of her insularity, which Oliveira touches on a lot more than the complexity behind BobÃ´’s story, so maybe this film may have benefited from sticking to one conflict rather than two. The beauty of this piece is in its pacing, which is slow and extremely representative of how it feels to be alone.

“The Sublime and Beautiful”

Director Blake Robbins of “The Sublime and Beautiful” introduced his film as a piece about grieving, which is really the only way to explain it. The film opens with David Conrad (Robbins) a college professor and father of three in the kitchen getting his children ready for school. As we watch Conrad go about his usual day, we’re treated to sprawling views of rural Kansas and interior shots, until he receives a phone call that causes him to race to the hospital. That’s when Conrad receives the news that his kids have been killed in a car accident caused by a local drunk driver. Grieving, which is traditionally categorized in five stages, makes up the film’s plot structure, which consists of Conrad’s aloneness, his aggression, violence towards his children’s killer, depression and need for control and ultimate acceptance. There is no emotional break in this film or ultimate peace of mind, which makes it both unsettling and limiting artistically. It’s a tough film to watch due to the size of its conflict compared with the size of its possible resolution.

“1982” drew the largest crowd of any I saw at the festival, and rightfully so. Directed by Tommy Oliver, the film introduces a family living in 1980s black Philadelphia in the midst of the crack cocaine epidemic. Timothy (Hill Harper) works to protect his daughter Maya (Troi Zee) from his wife Shenae’s (Sharon Leal) developing drug addiction, but struggles to find a voice in his failing marriage and equally deteriorating urban environment. There’s a power behind this film that I got in less than five minutes which can be partly attributed to the strength of Harper’s acting and also to the quality of Oliver’s script. The conversations between Timothy and his daughter late at night, the moments between him and the neighborhood drug lord on the basketball court and the sound of his wife banging on the door desperately trying to enter her own home are all scenes that are incredibly dramatic, well-written and emotionally charged. This is a piece about greater concepts like parenthood and vulnerability and the importance of taking action but mostly depicts a portrait of Timothy as a father. The artistic and creative merit of this film isn’t devalued by its heavy content, and it’s one that deserves to circulate.

The gem of the film festival was undoubtedly “Workers,” directed by Mexican director JosÃ© Luis Valle. It tells two unrelated stories, both taking place in Tijuana, that fit together more and more meaningfully as the film’s narrative progresses. One story is of Rafael (Jesus Padilla), a middle-aged janitor who has worked in a light bulb factory for 30 years to the day and is ready for retirement, and the other story is of Lidia (Susana Salazar), one of seven staff members working in the home of a rich old woman with a dog that eats prime rib and takes bubble baths in a temperature-controlled porcelain tub. Rafael, who spends the first half of the film preparing for his retirement by buying himself new shoes and a new tattoo to mark the occasion, is told by his boss that he will not receive pension and must continue working due to his illegal status. Meanwhile, Lidia discovers that the mistress of the house has died and has left her estate and fortune to her dog, Princess, under whom she is now technically employed. Luis Valles’s film is saddening, excruciating and hilarious. It successfully portrays the divided socioeconomic politics of Mexican culture through exaggerated (but not too exaggerated) stories of individuals. The camera moves slowly and allows each frame to last several moments too long in order to make us too feel tired. It’s a farce but also a piece that feels like raw footage of two daily lives. “Workers” is sophisticated in its filmmaking and evocative in its meaning without any pretension.