‘Fantastic Beasts and Where to Find Them’ Ignites Our Inner Child 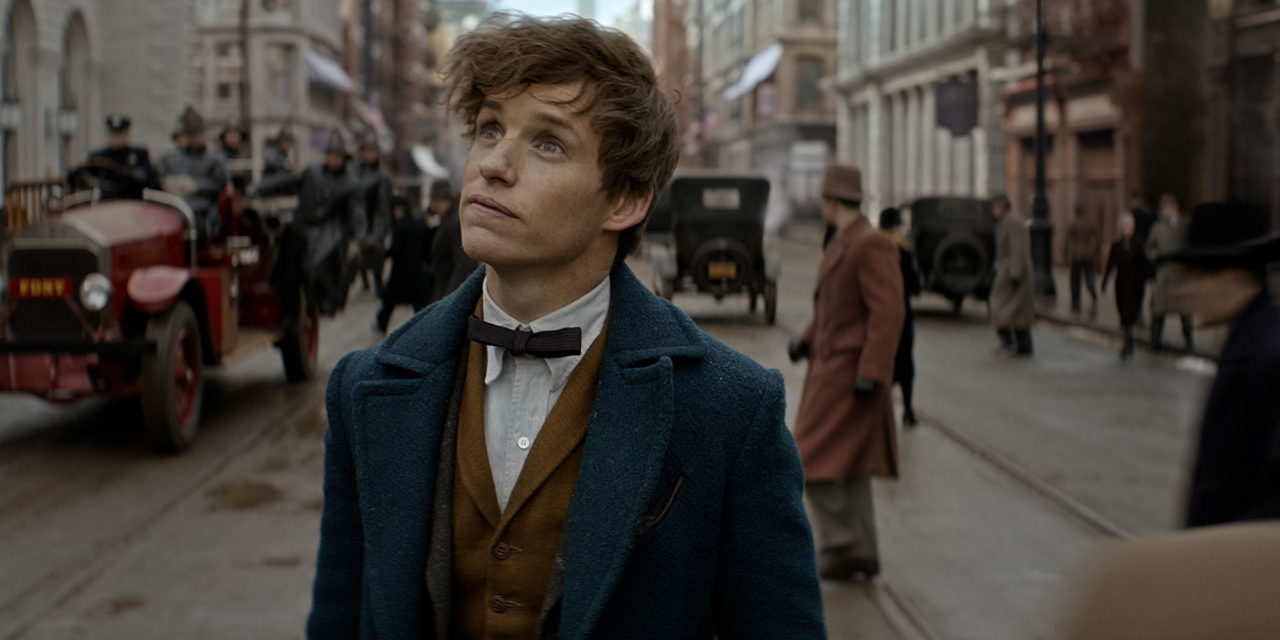 The Harry Potter universe is a staple of many of our childhoods, integrating fantasy and wonder into our everyday lives. However, we have been restricted to the world of wizardry in 1990s United Kingdom — until now. Fantastic Beasts and Where to Find Them expands our understanding of J.K. Rowling’s creation, combining well-thought-out creatures and a new setting to thrill and amaze us.

Directed by David Yates, Fantastic Beasts follows Newt Scamander (Eddie Redmayne) in 1920s New York, where he continues his observation of magical creatures after studying in Hungary. When Scamander chases one of his creatures that escapes from the briefcase in which he stores them, he attracts the attention of Porpentina Goldstein (Katherine Waterston), a witch and demoted member of the Magical Congress of the United States of America (MCUSA), and Jacob Kowalski (Dan Fogler), a typical New York No-Maj (the American term for “Muggle”). After accidentally swapping briefcases with Kowalski, several of Scamander’s beasts are released into New York City. While searching for Scamander’s missing creatures, the unlikely trio must deal with MCUSA President Seraphina Picquery (Carmen Ejogo) and Percival Graves (Colin Farrell), one of MCUSA’s highest ranking members, who both seek to persecute the three protagonists for illegally allowing creatures and a mysterious dark force, an Obscurus, to escape.

Fantastic Beasts balances the Harry Potter universe that we know quite well with its setting, before unseen in the wizarding universe. The film feels wholly industrial New York — the MCUSA headquarters presents winding clocks and technological impossibilities, such as rows of typewriters writing letters on their own, and the outfits, pink gowns and navy peacoats, feel like attire straight out of The Great Gatsby. However, none of this feels out of place, and the changes in fact enhance our perceptions of the Harry Potter universe and satisfy our curiosities about what goes on outside of Hogwarts.

Of the huge $180 million budget, a lot seems to have gone to CGI — beasts move smoothly and act like real animals would. In fact, they resemble real animals with a bit of extra personality rather than completely made-up creatures. Whether it be the cute, wide-eyed beasts reminiscent of llamas or the shy Bowtruckles that look like stick bugs with facial expressions, they are all just one step away from reality.

The Nifler, a puggle-like creature that fancies valuable items, elicited a high-pitched “aww!” from the audience when introduced, and the Erumpent, a hybrid of a rhinoceros and elephant, evoked endless laughter when it chased Kowalski through Central Park in an attempt to make love to him. Rather than unrealistic features, such as blob-like body structures or protruding nostrils (or something else we might see in Star Wars), the creatures have character, and that’s what makes them so magical.

Despite the allure of the magnificent beasts, the film’s plot is intermittent. The first half is spent following Scamander and Kowalski on their task to recapture the creatures while the second half spasmodically squeezes in problems that are almost irrelevant to those beasts, such as defeating the Obscurus and stopping a No-Maj, anti-magic extremist, Mary Lou Barebone (Samantha Morton). The film could have benefited from tying the creatures’ unique abilities into each issue, helping the protagonists on their journey. Instead, it felt as if a majority of the beasts are introduced just to provoke awe from the audience before the plot becomes darker and more sporadic.

Granted, Kowalski is the film’s answer to the question many of us have: what would happen if a No-Maj were thrown into the magical universe? After punching a mean, guido house elf to save Scamander, Kowalski triumphantly takes a shot of giggle juice, letting out an uncontrolled, piercing chuckle before being transported away from the scene. Kowalski’s ignorance of magic arouses a silly, childlike humor that leaves the audience howling with laughter. He is single-handedly the film’s comedic relief and, in many instances, takes us away from the seriousness that underlies much of the plot.

Even more entertaining is Kowalski’s relationship with Porpentina’s mind-reading sister, Queenie (Alison Sudol). It gives the film that classic love story, lightening the mood of its darker moments. At one point, it is made clear that, in America, No-Majes cannot marry witches and wizards. And the way Kowalski’s face freezes in awe when he sees Queenie reciprocate feelings for him makes us wish they could get married, in turn teaching us a valuable lesson about the principles of marriage equality.

James Newton Howard’s soundtrack shines. He shifts from John Williams’ Harry Potter score with much more fast-paced, lively music that perfectly fits with the film’s New York attitude: brisk, loud and classy. There are hints of Williams in the soundtrack, though — halfway through “The Demiguise and the Occamy,” violins mysteriously glissando up and down, creating the same enigmatic sense that characterizes Harry’s encounter with spiders in Harry Potter and the Chamber of Secrets. “Newt Says Goodbye to Tina/Jacob’s Bakery” is Polar Express-esque, igniting wonder and amazement and reminding us of that tinge of childhood that comes with true magic.

Fantastic Beasts consistently stimulates the audience’s inner child, evoking the same wonderment we once felt when we first read Harry Potter. What the film lacks in seamless plot it makes up for in stunning visuals, doltish comedy and an astonishing score. Fantastic Beasts truly casts a charm spell on its audience.