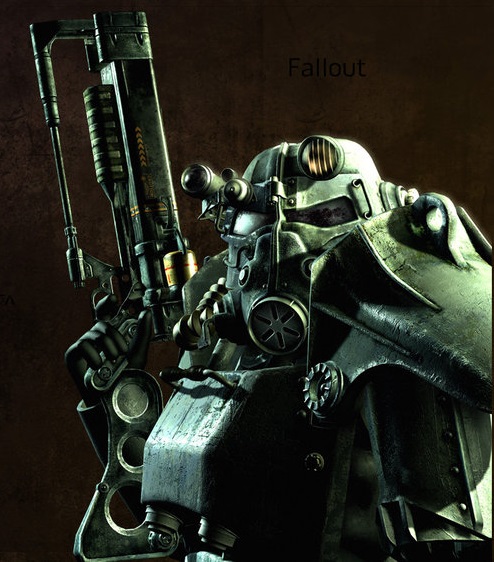 It’s been the only nuclear apocalypse we’ve looked forward to for years, and now game developer Bethesda Game Studios is back after seven years with its fifth installment in the Fallout series. This time, the world is the player’s canvas, allowing for anything to be built at any time, and such room for creativity is complemented by a plethora of acquaintances, weapons, armor, upgrades and stories, with no shortage of explosions.

Fallout 4 immediately gives you something to do, allowing you to design the male or female character that you want. Your character, who has a blessed life with a loving spouse, newborn baby and happy neighborhood in Boston, faces the worst possible event that any person could: a nuclear attack.

Although Bethesda did not tell us much about the game in their presentation at the annual E3 2015 video game conference in June, we do know that your character safely emerges from a bomb shelter 200 years later, horrified to find out that he/she is the single survivor of the blast. There is not a living soul to be seen in the destroyed landscape. However, you do come across your old home robot, Codsworth, who offers to feed and take care of you, as always, and you meet a stray dog that becomes your companion very early on. And, thank goodness, the dog is unable to die, reducing the amount of tears shed over this game.

With over 111,000 lines of dialogue in the game (more than any other game developed by Bethesda), each character encountered will be completely unique and memorable, allowing for a more personable and relatable video game experience. Because of this, you’ll be able to pick and choose who you associate your character with in the game and create virtual friendships. These friends you make along the way can help you, of course, but in any scenario where you’re put in such a dangerous situation, flesh and teeth can’t compare to lasers and metal.

Laser pistols, pipe rifles and plasma sniper rifles are only a few of the 50 base weapons usable in Fallout 4. Of course, melee weapons, such as swords and bats, will be at the player’s disposal as well, if you really feel like taking the risky route. If you are low on health or need a breather, though, the Vault-Tec Assisted Targeting System (VATS) will, of course, be incorporated into combat as it was in Fallout 3 and Fallout: New Vegas, allowing the player to pause the game mid-battle and aim at a specific body part of the enemy. Depending on the probability of hitting that body part and luck, your player will fire a deadlier-than-usual shot at their target.

The damage that can be done with any weapon will be amplified by things you can pick up off the ground. There are over 700 modifications for the base weapons in the game, including a flamer barrel, suppressor, beam focuser and even a bayonet, bringing you back to the days of World War II. These mods can all be found scattered around the environment, on corpses and hidden in secluded places.

Also scattered around the world will be building spots, in which you can actually build your own settlement in the wasteland. This all happens in real-time, and it won’t be the easiest task — power grids will have to be built, as will defense mechanisms, just in case your settlement gets attacked by raiders. You can build these with anything, though. From screws found in tool boxes to pieces of wood taken from abandoned houses, the possibilities of what your town can look and feel like are endless. The story of your settlement is completely up to you.

And, obviously, so is your character’s story. It all begins with the player choosing which S.P.E.C.I.A.L.’s he/she wants, which are, respectively, Strength, Perception, Endurance, Charisma, Intelligence, Agility and Luck. You start the game with a certain number of points, and can assign them to whichever category you desire. With 275 perks to compliment the S.P.E.C.I.A.L. abilities, you can give your character any set of skills you desire.

You could be a stealthy character who’s never seen, a sweet-talking liar, a character who only uses rocket launchers or even a 90s tough guy who only uses his fists (with this last one, you can slick your character’s hair back and be one of the greaser Tunnel Snakes from Fallout 3.”) The possibilities are endless.

And, of course, Bethesda brought back the game’s iconic smartwatch, nicknamed the Pip Boy. The oversized watch is not only back, it’s back with more gears than ever before. You can keep track of your character’s health, weapons, map, settlements, armor, and abilities and the Pip Boy is even loaded with a few mini games for you to play when you have a spare moment in the game.

Just because Bethesda is putting more into the base game than they ever have before, and is almost giving the player more freedom than can be dealt with, it doesn’t mean that they can’t still add more. Along with the real life Pip-Boy, Bethesda is offering a deal for downloadable content (DLC) in the game. For just $30, you can get a season pass for the game, and get all the DLC that will ever be released for Fallout 4 without a worry. If the DLC is anything like past games, it will include adventures made up of aliens, monsters, raids and more. Not only will DLC include extra adventures, but it will probably come with new weapons, armor and abilities.

The weapons, landscape, upgrades and DLC added into Fallout 4 reassure us that Bethesda went all out in giving the maximum amount of freedom to the player. They put so much in the game, in fact, that Fallout 4 can only run on the more powerful new generation consoles, and will initially only be released for PC, PlayStation 4 and Xbox One. Bethesda’s efforts will not go unnoticed, and many believe that not only will this be the  best and most innovative game we have seen in years, but that it will continue to be just that for years to come.