Falling Down the Rabbit Hole: Director James Bobin on the Triumphs and Struggles of Wonderland 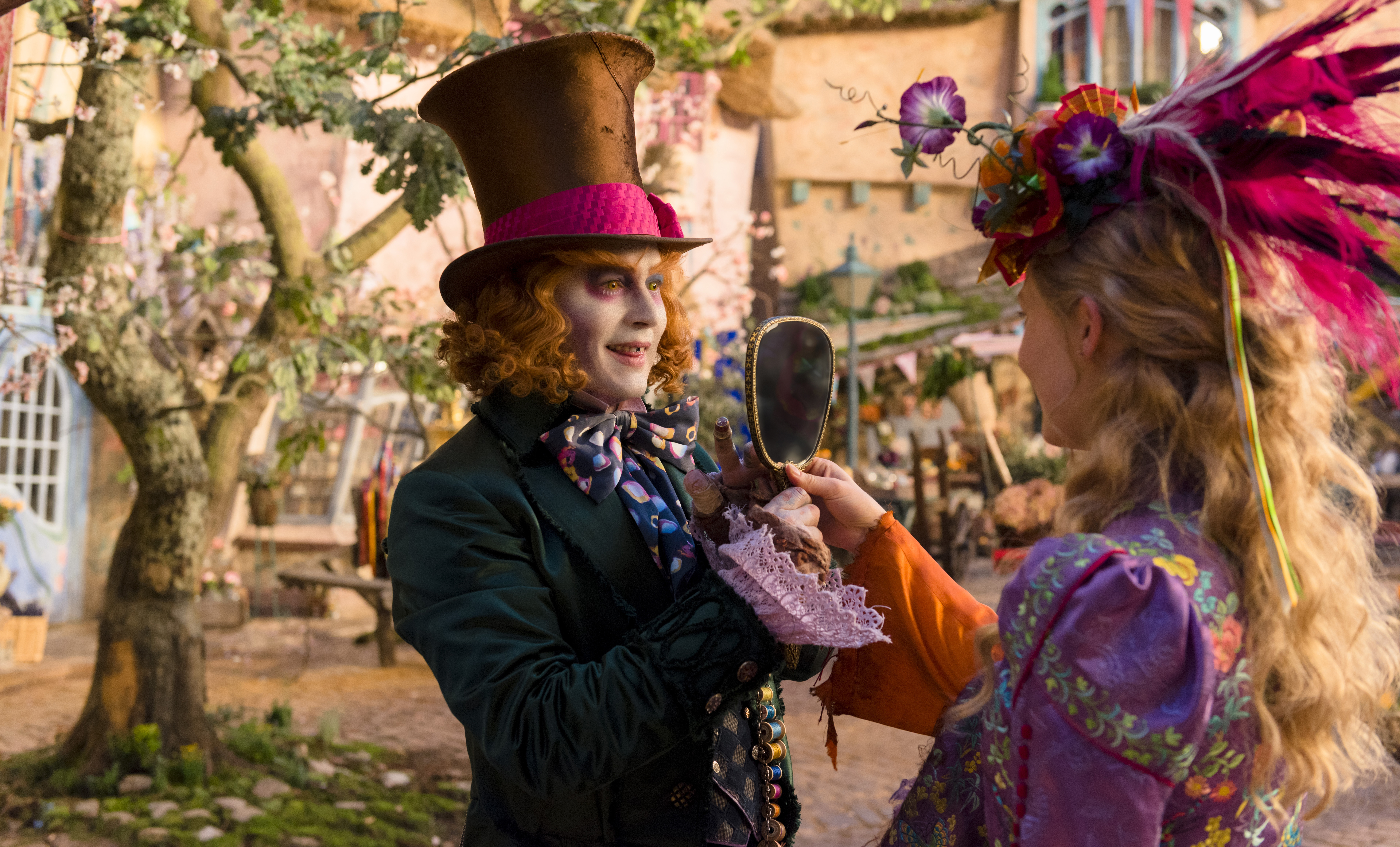 Film is often regarded as an escape from reality, a medium through which audiences trade the everyday for the extraordinary. Some films, such as Tim Burton’s Alice in Wonderland, accomplish this particularly well, thrusting moviegoers into a world in which the fantastical is considered normal and the impossible is naught. James Bobin (Flight of the Conchords, The Muppets) stepped into the role of director for Alice in Wonderland’s sequel, Alice Through the Looking Glass.

Bobin takes audiences on a second expedition into Wonderland, where Alice must travel back in time to save the Mad Hatter from his own past. Along the way, she encounters several obstacles and achieves multiple victories in a journey that could only occur in such a whimsical world.

The Emory Wheel participated in a conference call with Bobin, who spoke about working with a star-studded cast and the creation of a world that paid homage not only to Burton’s vision, but also to Lewis Carroll’s literary brilliance. Alice Through the Looking Glass will be released on May 27.

Sam Newman, University of Southern California, Daily Trojan: You’ve taken on iconic characters in your direction experience, from The Muppets to Alice in Wonderland. How do you deal with the pressures of adapting such classic stories while still putting your own original touch on them?

James Bobin: Filmmaking is so subjective because [there’s] your own personal opinion to a degree. I feel with Muppets and Alice, you have a clear idea of what they mean to me. My implementation of the work arises from that. Like with The Muppets, I remember them clearly from my childhood. I remembered why I liked them. I wanted to try and make them feel like that again. So you are aware of the responsibility, because obviously, I’m not the only person who loves these characters — everyone loves these characters.

It’s a responsibility, but at the same time, with [The Muppets], particularly, it felt like they hadn’t been around for a while. My kids, who were growing up [at] the time, didn’t know [who] they were. Alice is in a different version; [she’s] been around forever. It’s incredible for making a movie, which is [based on a story that is] 150 years old. It’s a great testament to Lewis Carroll, his incredible imagination in this world.

I want to be true to Lewis Carroll, but at the same time I want to make a film whereby you are transported to an incredible place [within] an hour and a half. Where Lewis Carroll thinks, with more experience, in mathematics and structure, I’m more interested in narrative and storytelling.

Levi Hill, UC Berkeley, The Daily Californian: Did you feel obligated to follow the style set forth by Tim Burton, one of the strongest elements of the first film, or did Disney and Burton, being a producer on the film, allow you to handle the sequel in your own manner?

JB: It’s both. Again, Tim’s visual products [are] strong and so beautiful. I love that world from the character’s side. That is something I couldn’t really — I didn’t want to change the way it was done. When you’re making a sequel, you have to stay true to the original design in the sense that it feels like the [same] universe, and it’s the same world. But what was good about this film is that the new movie is set both before and after the [first]. Also, geographically, it’s a different location, and [we visit] different places which we haven’t been to before.

So I had a chance to try and do things I found interesting [while still] being aware and staying true to that work and make sure you’ve done [justice to] that universe. I could then incorporate some of the ideas I had about how the world should feel. Also, the story itself in this film is more human than [Alice in Wonderland] was. This film has more of a sense of family.

Anthony Zangrillo, New York University, The Motion Picture Club: How do you approach creating the unique areas of Wonderland? And does the process involve your own sketches or more in-depth concept art?

JB: Both, really. When you read a script, you can’t help but visualize it neatly in your head. That’s just your own brain creating images for you. That’s often based on the things you’ve read and the world you’ve been affected by. It’s not instantly in your head, and it’s very personal. So often I would do sketches. [Because] I like drawing. In this film, for example, Time, played by Sacha Baron Cohen, [lives in] a castle. I had an idea about this distance and some sort of obstacle to get to where he was. And it [had to do] with time and [a] gigantic clock made out of stone.

Those kinds of ideas [come] in my head [and I] start to sketch them out, but then [I] hand them over to actual professional concept designers. It’s always good to have a sketch or a visual to use. You describe what you’re feeling about a place, and often these guys are so brilliant at their jobs, they can interpret that into actual visuals, and give it a certain lighting. My sketches tend to be pencil on a piece of paper, whereas the concept art gives lighting a sense of space and place, and that really helps. Often in this phase it starts with drawings and then [ends] in the concept design.

Beyond that, there’s the question of how you see it and how you visualize it. For me, a lot of it was because I was interested in the Victorian world. Victorians, obviously, were of a time prior to that of science fiction. A lot of their fantasy [worlds] were based on things like nursery rhymes. Often they’re quite historically based. I love that about the world — the Victorian fantasy world is based on medieval stuff, for example. I tried to incorporate elements of that in the design throughout the film. That’s what we ended up with, which is slightly more historically accurate.

Will Tarashuk, Hofstra University: What was it like working with [Alan Rickman], such a legendary actor, especially in one of his final performances?

JB: Well, it was amazing. He’s an absolute legend in both screen and stage in the U.K. In England, he’s well known for his theatrical work since the ‘80s. He was an absolute total genius,  with an incredible [and] powerful performance in terms of his voice. That great thing about Alan is that [his] voice was so recognizable — from the moment he opened his mouth you knew it was him. I think that’s an incredible power to have.

Absolem [is] just [an] incredibly wise and inscrutable character. You were never quite sure whether it’s helping you or not, [and] Alan instantly has that in his voice. He has that great sense of knowledge and of wisdom. But also he’s just slightly ambivalent. I love that about his character. He played it so beautifully, and he’s done it before, so he knew the character inside out. In this film, [he] has developed into a butterfly from a caterpillar. But still he has that same sense of being — he helps Alice, but in a way whereby he wants her to work it out for herself. [He was] such a brilliant performer, and [we] had far too little time with him, frankly. I’m obviously honored to have him in the film. And this being his last moments is an honor for us.

Ilana Berghash, Emory University, The Emory Wheel: I view Alice as one of the strongest female leads in recent cinema. What does the character of Alice mean to you, and to cinema as a whole?

JB: Obviously what was of great appeal to me of [Alice] — and to everybody I hope — is that I really feel that Lewis Carroll had this amazing perception of Alice Little, who was a real girl. [She was] growing up in a time when women’s roles were very different, and [it was a] very patriarchal society. I think [Carroll] felt that things were changing. Alice Little, [whom] he wrote the book for, was born in the same decade as Emmeline Pankhurst, who became a leader of the suffragette movement in England. I feel that Carroll was very perceptive of this changing role of women in society. I think he imbued her life with the way he saw girls and women at the time, as being capable of independent thought — not being defined by other people. I think this is so strong for Alice, and I think that’s, in many ways, why she does make impact today, because it feels like an ideal which was ahead of its time. Yet it’s still relevant today because the solution hasn’t arrived.

Look at how many women’s protagonists there are in cinema — very few. That needs to be addressed. So I’m incredibly proud of the fact that the film has a female protagonist. I think it’s incredibly important, because Carroll started this, and I think that he would be pleased with the progress that’s been made. But by no means has the job been done.

This interview was abridged for clarity and length. 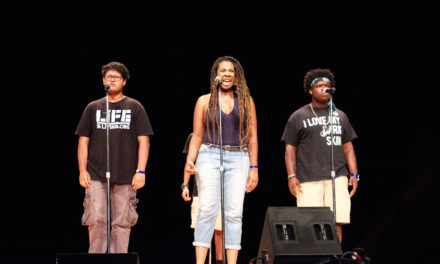 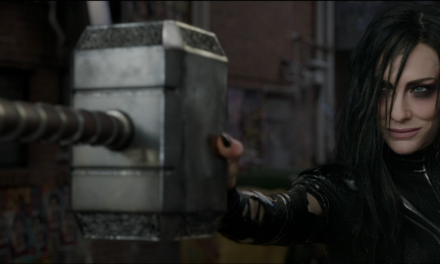 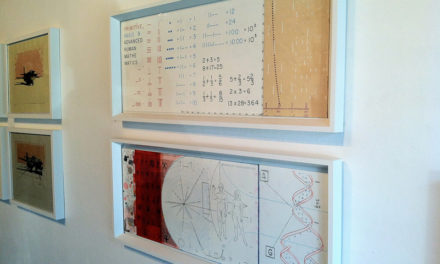 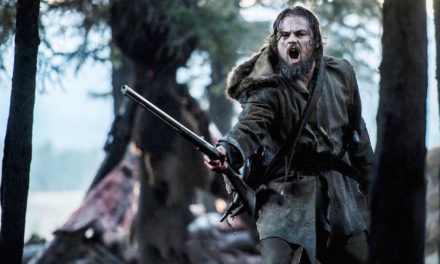