From the first kickoff to Carolina Panthers quarterback Cam Newton’s hail mary falling to the turf just out of Panthers wide receiver D.J Moore’s outstretched arms, this NFC South battle had the intensity of a playoff game. The Falcons survived a few late defensive mistakes to pick up a crucial 31-24 win on Sept. 16 over the Panthers at the Mercedes-Benz Stadium in Atlanta.

The game started with the defenses of both teams stifling the opposing offenses, allowing three points each at the end of the first quarter. Both teams’ offenses asserted themselves commencing with an 11-yard run from the Panthers to pick up the first down on fourth and four. Panthers MVP Newton slid at the 22-yard line, ending the play.

Falcons safety Damontae Kazee delivered a bone-crushing hit to Newton’s head as he slid, sparking a brawl between the Panthers and Falcons. After the game, Newton expressed his relief regarding the close call.

“I’m just lucky nothing pretty much happened,” Newton said, according to Yahoo Sports. “But this game isn’t fit for cheap shots like that.”

While the referees reviewed the play to determine whether Kazee’s hit warranted an ejection, Panthers doctors examined Newton for a concussion and cleared him to play before the referees decided to eject Kazee.

After the drive, the Falcons showed their resiliency, as quarterback Matt “Matty Ice” Ryan responded by leading a 75-yard drive capped off by an 11-yard touchdown pass to the Falcons’ heralded rookie, Calvin Ridley, evening the score 10-10.

Defensive end Vic Beasley Jr. and the rest of the Falcons defense responded by handing the ball back to Ryan with the score still tied at 10 and one minute and 52 seconds remaining in the first half. Once again, Ryan showed why he was named NFL MVP two years ago by orchestrating an 85-yard drive that culminated in a beautiful 8-yard pass to tight end Austin Hooper in the back right corner of the end zone, giving the Falcons a 17-10 lead heading into halftime.

In the third quarter, Ryan made his only mistake of the day when Panthers rookie Donte Jackson intercepted him at the Carolina 2-yard line.

But the mistake proved unimportant, as the Falcons defense forced a quick punt, putting Ryan in position to redeem himself. After the interception, Ryan threw the football in near flawless form, registering only one incompletion.

However, these glowing passing statistics were overshadowed, as Ryan stole a page from Newton’s playbook, the best rushing quarterback in the NFL, by rushing for two touchdowns in the second half. The first was a 1-yard quarterback sneak into the end zone, in which Ryan kept his legs churning and found a way through the massive heap of 300-pound offensive and defensive linemen into the end zone.

While the first touchdown run required power and strength, the second touchdown run demonstrated Ryan’s power, strength, agility and, more importantly, his will to win. Ryan challenged three Panthers defenders at the goal line by jumping in the air, landing, gathering himself and reaching the ball across the goal line for the touchdown to put the Falcons up 31-17 with seven minutes and 17 seconds remaining.

“I can’t remember the last time I had two touchdown runs,” Ryan said, according to the Atlanta Journal-Constitution (AJC).

Although the Falcons defense committed some major mistakes at the end of the game, such as allowing Newton to connect with Moore for a 51-yard touchdown to bring the Panthers within seven points, the game was never in doubt. The unit complemented Ryan’s MVP-level of performance to perfection, and the Falcons obtained a much-needed, much-deserved win to move to 1-1 this season.

“When we got our chances, we nailed them across the board today,” Ryan said, according to the AJC. “So I thought the execution was great.”

Although it is only week two of the NFL season, this game indicates that the NFC South is shaping up to be the toughest division in the NFL and moreover, any divisional win will be important moving forward. This win could propel the Falcons to a division title and a chance to avenge their last two heart-wrenching postseason losses.

The Falcons will play again on Sept. 23 at 1 p.m. against the New Orleans Saints at Mercedes-Benz Stadium. 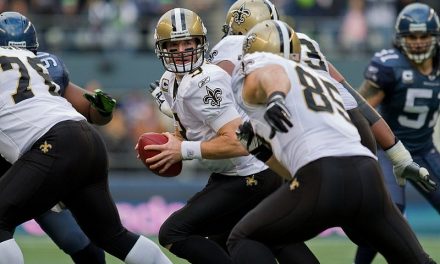 Brees Leaves Tremendous Impact on the City of New Orleans 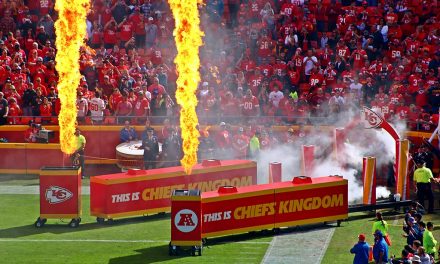 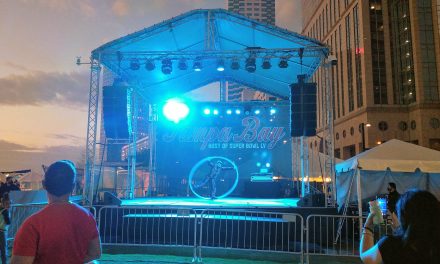