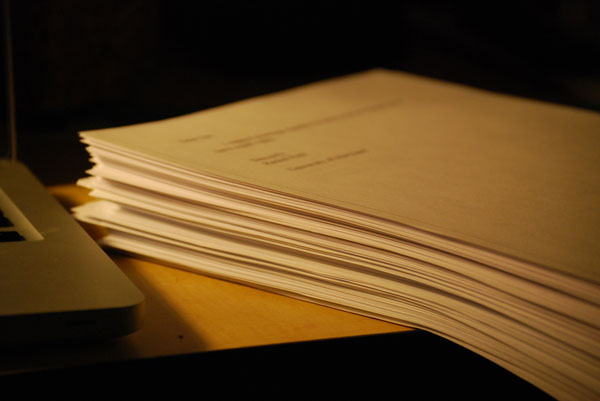 View the appeal to the Faculty Hearing Committee here.

View the petition to appeal the Grievance Committee’s response here.

Faculty members recently filed appeals claiming that administrators violated Emory’s governing principles in decisions to reassign them to other departments or not renew their contracts.

Both documents, obtained by the Wheel, state that the University failed to adhere to policies in the Emory College Statement of Principles Governing Faculty Relationships, also known as the “Gray Book,” and other established governance procedures in implementing these changes, which coincide with the department cuts announced last semester.

As a result of “phasing out” and suspending various academic departments and programs in the College and Laney Graduate School, 19 lecture-track faculty and three non-tenured assistant professors will not have their contracts renewed. An estimated 18 tenured faculty will be offered positions in other departments, and 20 staff positions will be eliminated.

The Lecture Track Faculty Promotion Committee consists of five faculty representatives and two ex-officio members who focus only on lecture-track faculty issues in the College. Additionally, the Faculty Hearing Committee, comprised of five faculty members, focuses on employment and is a standing committee of the University Faculty Council.

The appeals, along with a grievance that many of these same faculty members filed on April 4, are the first documents to detail alleged bylaw violations in the process that led to the cuts. These documents have been released amid ongoing controversies between College faculty and the administration over the implementation of the department changes.

The Grievance Committee has since ruled that it does not see reason to take further action on the issues presented in the 13-page grievance, which extensively cites bylaws, meeting minutes, letters and governing principles, and asks that the Grievance Committee recommend that the University void the department cuts. Still, the signatories have expressed frustration over the fact that the committee only responded to two sections of the grievance, the Wheel reported on April 23.

Forty-five faculty members have since signed a petition to appeal the Grievance Committee’s response.

Both of the recent appeals allege violations to several Gray Book policies, and also cite a document titled “Appointment and Review of Lecture-Track Faculty” (ARLTF) and the grievance itself to support the claim that these employment changes stemmed from improperly executed program cuts.

The Hearing Committee appeal requests that the committee declare the forced reassignments and non-renewals “invalid, null and void,” and that these decisions “be halted immediately.” The faculty members also ask that the Hearing Committee respond before the end of the semester and that the committee file its final recommendation with Provost Claire Sterk rather than College Dean Robin Forman given that Forman was directly involved in the cuts. The Grievance Commitee denied this same request to the grievance signatories last month.

The appeal to the Lecture Track Faculty Promotion Committee recommends only that “the University void the announced non-renewals.” According to ARLTF, an ad hoc panel of three faculty representatives from the Faculty Council reviews such appeals. Though the panel advises the Dean, who then makes a decision, the faculty may appeal the Dean’s decision to the Provost.

Hiram Maxim, an associate professor of German Studies and the chair of the Lecture Track Faculty Promotion Committee, wrote in an email to the Wheel that the committee met last week to review and discuss the appeal. The committee, he wrote, hopes to complete a response to the appeal later this week.

Meanwhile, James Hughes, an associate professor of law and the chair of the Hearing Committee, wrote in an email to the Wheel that the Hearing Committee is at the “very beginning” of the appeal review process and that there is “no set timeline” in place for the review.

In its claims that administrators violated governance policies, both appeals mention Item 8 of the Gray Book, which states that the Dean must confer with affected faculty or members of their respective departments about any recommendations to not renew their contracts. In addition, the policy requires the Dean to communicate with the faculty about the established procedures that serve as the basis for the decision.

However, chairs of the affected departments have confirmed that Forman did not consult with them about the cuts and its implications for some lecture-track faculty until after Forman declared the decision “final,” according to both appeals.

Additionally, the documents note that the procedures Forman and the College Financial Advisory Committee (CFAC) used in proposing these position cuts “were neither established nor communicated to the faculty prior to their implementation.” All members of CFAC, a subcommittee of the College Governance Committee (GovCom) that helped Forman evaluate departments, have since resigned.

Administrators also violated the policy, the appeal claims, because no formal recommendation for the contract non-renewals was made.

Forman declined to comment on the claims presented in the appeals.

The appeals also discuss Section 3.1 of the Gray Book, which states that faculty members “should have security adequate for freedom to teach and to seek truth” and are “assured of reasonable protection against arbitrary pressures and procedures.” According to the appeals, the processes that the administration used in determining the cuts and the consequential contract non-renewals and departmental reassignments “violate this provision … and hence violate academic freedom itself.”

In addition to the Gray Book, the appeals point to a provision of ARLTF, which states that the renewal of lecture-track faculty appointments depends on both “meritorious teaching and service” as well as a “continued departmental need for the faculty members’ services.”

Forman has expressed his respect for faculty in affected departments, the appeal adds, such as through a letter to Director of the Journalism Program Hank Klibanoff. It also states that officials in the eliminated programs did not decide for themselves that the service of these faculty members was no longer needed.

The two appeals further argue that while the University gave the affected faculty notice of their contract non-renewals in a timely fashion – a policy mandated in the document – the process leading to the cuts still violated bylaws and “the resulting decisions are therefore illegitimate.”

The faculty who filed the appeals additionally note that the “Termination” provision of the ARLTF would not apply to the matter at hand because termination occurs in the middle of a contract agreement, while non-renewal happens at the end.

This section of the appeal was included, the appeal notes, “in light of the violations of the Gray Book described in this document, and as part of the recommendation to void the forced reassignments of tenured faculty.”

As stated in the Gray Book and discussed in the appeal, the three conditions under which a faculty member can be dismissed are resignation, retirement or cause, referring to conduct and competency.

In the appeal, the signatories also cite a paragraph of the Gray Book that allows the Board of Trustees to discontinue academic programs “under extraordinary circumstances” and permits the University president to reassign faculty under such circumstances. However, the Gray Book does not say that these administrators can dismiss tenured faculty as a result of program discontinuations, according to the appeal.

And, the Gray Book describes the “fiscal obligations” of the University to tenure-track faculty if their appointment is terminated for reasons “not involving moral delinquency.” Like the other cited paragraphs, this clause “does not name or imply closure of departments as grounds for termination of tenured faculty,” according to the appeal.

The Grievance and the Petition

The April 27 petition to appeal the Grievance Committee’s response to the faculty grievance is addressed to Sheila Cavanagh, a professor of English and the chair of the College Grievance Committee. It has received signatures from faculty members both affected and unaffected by the cuts.

The Faculty Bylaws require at least 25 faculty members to sign a petition to appeal the actions of a Standing Committee, or the College Grievance Committee in this case.

According to the bylaws, GovCom must now place “the matter of the appeal” on the agenda for either the next regular faculty meeting or a special meeting to take place within four weeks of the receipt of the appeal. Appeals must be considered within the academic year in which they are filed.

The action of a standing committee can be reversed if a majority of attendees at the meeting – which must consist of at least 50 votes – vote to do so.

Despite the publication of the recent grievance and appeals, Forman has denied that the process resulting in the cuts violated bylaws. In an email to the Wheel, Forman wrote in reference to the grievance that he believes “participation of faculty in this process was significant.”

The process was “established, administered and endorsed by GovCom,” he wrote. GovCom assigns work to committees or subcommittees as it deems appropriate, according to the bylaws, and Forman wrote that administrators worked with CFAC, which GovCom established and which included GovCom representatives.

But those who signed the grievance wrote in a statement to the Wheel that GovCom did not authorize activities in which CFAC engaged.

“The problem is one of function,” they noted, explaining that GovCom created CFAC to work on financial matters, not programmatic and curricular cuts, “much less to do so secretly.”

While none of the recent documents are directly affiliated with the organization, some of the signatories are also members of the AAUP, an organization that supports shared governance and academic freedom at universities across the United States.

The Emory chapter of the AAUP has been involved in reviewing the process leading to the department changes since the fall. The chapter has been in contact with the national AAUP office about the document, according to the April 23 Wheel article.

Sharon Strocchia, a professor of history and the current president of Emory’s AAUP chapter, said she has no information to add at this time.

Other signatories of the Hearing Committee appeal include, from the Institute of Liberal Arts, Angelika Bammer, Kevin Corrigan, Sander Gilman, Anna Grimshaw, Sean Meighoo, Catherine Nickerson and Walter Reed; from the Department of Economics, Samiran Banerjee; from the Division of Educational Studies, Joseph Cadray and Carole Hahn; and from the Department of Visual Arts, Jason Francisco and Julia Kjelgaard.

Correction (May 2 at 3:40 p.m.): The original version of this article misidentified Chair of the Faculty Hearing Committee James Hughes as a professor of medicine and public health. Hughes is an associate professor of law.

Lounge, Tavern To Open In Village 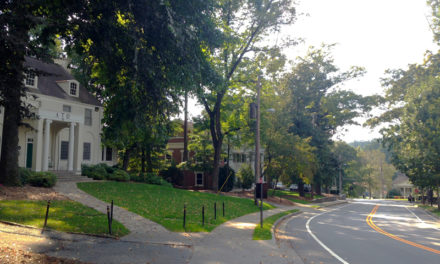