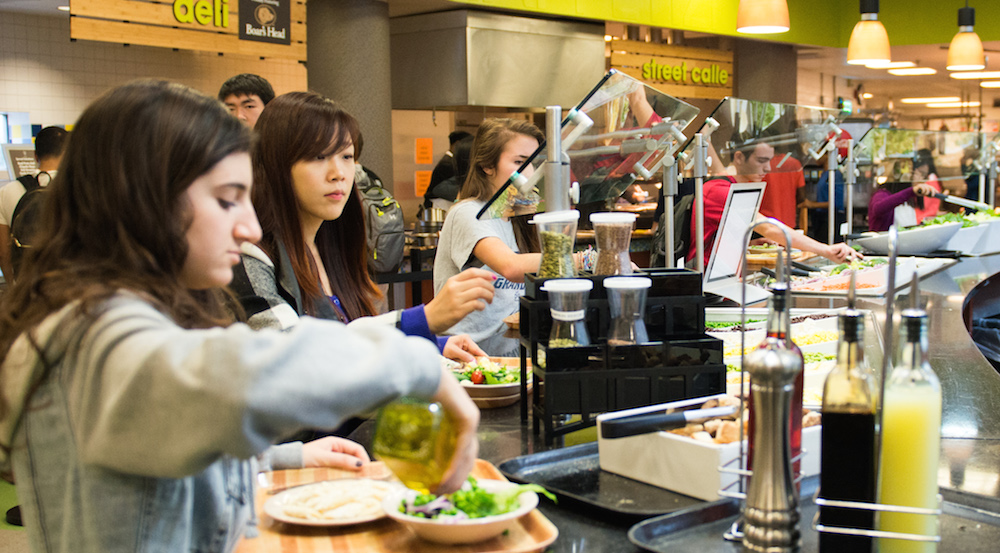 Emory Dining, in conjunction with the Food Advisory Committee at Emory (FACE), is deciding whether to renew its existing contract with food service company Sodexo or switch to a new campus dining vendor.

A University-wide committee will select finalists by early February, and remaining contenders will showcase their proposals for improved campus dining in presentations open to the University from Feb. 16-18, according to Dave Furhman, senior director of the University Food Service Administration.
Furhman said the new vendor selection process, which began last October, is part of Emory Dining’s larger effort to introduce fresh, local foods to the University’s dining scene and to improve sustainability.

“We’re trying to improve the quality of the food served on campus, simply put,” Furhman said.

The committee is composed of undergraduates, graduate students, faculty, staff and individuals with special dietary restrictions, such as vegans, vegetarians and those who are gluten-free. This committee will deliberate the proposals and recommend a dining vendor to the University.

“It’s a really terrific cross-section of representation, because Campus Dining is just that,” Furhman said. “It’s not undergraduate dining or graduate dining, and we wanted as many different constituent groups represented as part of the process.”

In addition, Furhman said that if the University switched from Sodexo to a new dining vendor, all existing dining staff would be offered jobs by the new company.​

“None of the hourly folks who are so committed to our campus who we love and care about so much would be out of a job, so no one needs to worry about that,” Furhman said.​

While Furhman and FACE Co-Chair Molly Talman said they could not yet disclose the vendors in consideration to avoid conflicts with competing organizations, Furhman said the committee has received several promising proposals, which included provisions such as sample menus or plans to change specific dining venues on campus.

“What I can tell you is that the Committee’s going to have a really tough job because the proposals that were submitted were pretty terrific,” Furhman said.

College junior Lukas Olson said he would like to see more dining options at the Clairmont Campus.​

“As much as I love the staff in the SAAC (Student Activity and Academic Center), I can only eat so many subs,” Olson wrote. “It would be great to see more vendors on that side of campus.”