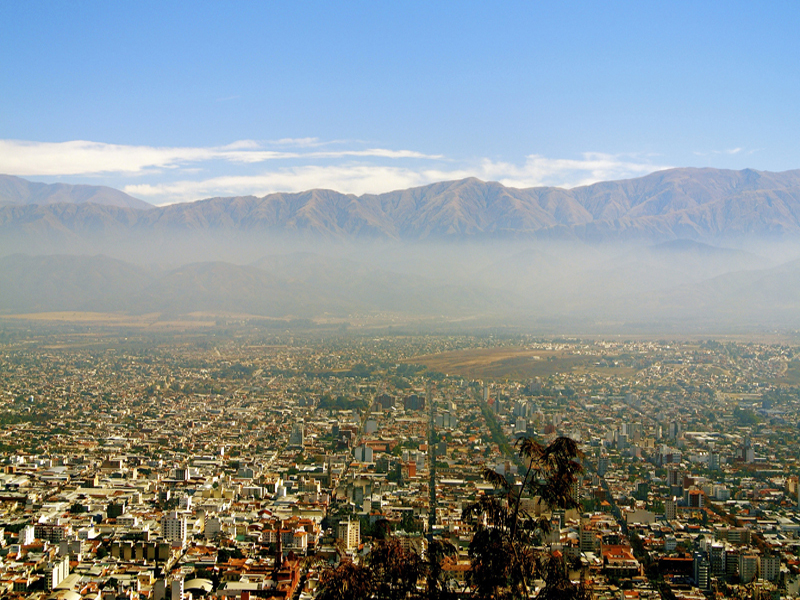 Salta, a city in the northernmost part of Argentina, has a special charm that’s found nowhere else in the country.

Unlike many other Argentine cities, Salta maintains its colonial heritage with a distinct Spanish provincial architectural style that reflects its rich history. The Spanish conquistadors colonized Argentina from the north and slowly made their way down south. Salta played an important role in the trade route from Bolivia and Peru to Argentina during the colonial period. Like the rest of Argentina, Salta also received a fair amount of immigrants mainly from Spain, Italy, Lebanon and Syria. These immigrants along with the Criollo/Mestizo and Native American inhabitants impacted not only the traditions and culture of the city, but also the cuisine. Salta is famous for its food, especially empanadas, wine, humita (a Native American dish made out of corn and flour), tamales and Middle Eastern cuisine.

As soon as I got off the two-hour flight from Buenos Aires, I got a taste of “la hospitalidad salteÃ±a” or “saltan hospitality.” “SalteÃ±os” are famed for their warmth and hospitality in Argentina. Gabriela Dominguez Segado, a lawyer from Salta (who I met on the flight) and a world traveler herself, offered to give me a ride to my hotel, and on the way, she showed me all of the important sights in downtown Salta.

I remember being surprised to see the dusty colonial streets and southern Spanish architecture compared to the high-rise French style architecture of Buenos Aires that I was used to.

The city of Salta, although not large in size, offers many interesting sights and activities. A good place to start sightseeing in Salta is “Plaza 9 de Julio;” from there you can explore Iglesia San Francisco, El Cabildo, El Museo AntrÃ³pologico and the famous “MAAM” museum. In the “MAAM,” you can find mummies of the three Incas “Llullaillaco Children” that were found frozen at the peak of Mount Llullaillaco. I also took a cable car up to the summit of Cerro San Bernardo, where I was able to get a spectacular view of the city and take some amazing photos. Salta is also known for its folklore culture and “peÃ±as folkloricas” where folklore music and dance are performed and played. I ventured off to Calle Balcarce one night, which is the most popular nightspot for SalteÃ±os to go to peÃ±as and boliches (nightclubs).

A day trip to the neighboring region of Jujuy, although tiring, is definitely worthwhile during a visit to Salta. Jujuy is the northernmost part of Argentina, bordering Bolivia. Along with the breathtaking desert landscapes, there is a strong Native American presence. In Jujuy, many Native American languages are spoken and Castellano (Spanish) takes a back seat. I decided to join a tour group to explore Jujuy; we left Salta at 7 a.m. and were able to see the sunrise over the colorful mountains. On the journey up to Pumamarca and Humahuaca (two important villages in Jujuy), we stopped at the famous “Cerro de los siete colores” (mountain of seven colors) as well as many other many small villages and craft markets.

The scenery in Jujuy is simply breathtaking, with mountains, streams, cacti and adobe-like villages spread out over the desert landscape.

Salta is an exciting destination in northern Argentina that is often ignored by travelers who often come looking only for Buenos Aires. Salta offers a relaxing escape from the hustle and bustle of many of the other large and congested South American cities. Its shady palm tree-covered plazas full of guitarristas (guitar players), cobble stone streets and mediterranean Spanish architecture make Salta a must-see visit for any intrepid traveller visiting Argentina.