Esports Levels Up: Professional Gaming is Here to Stay 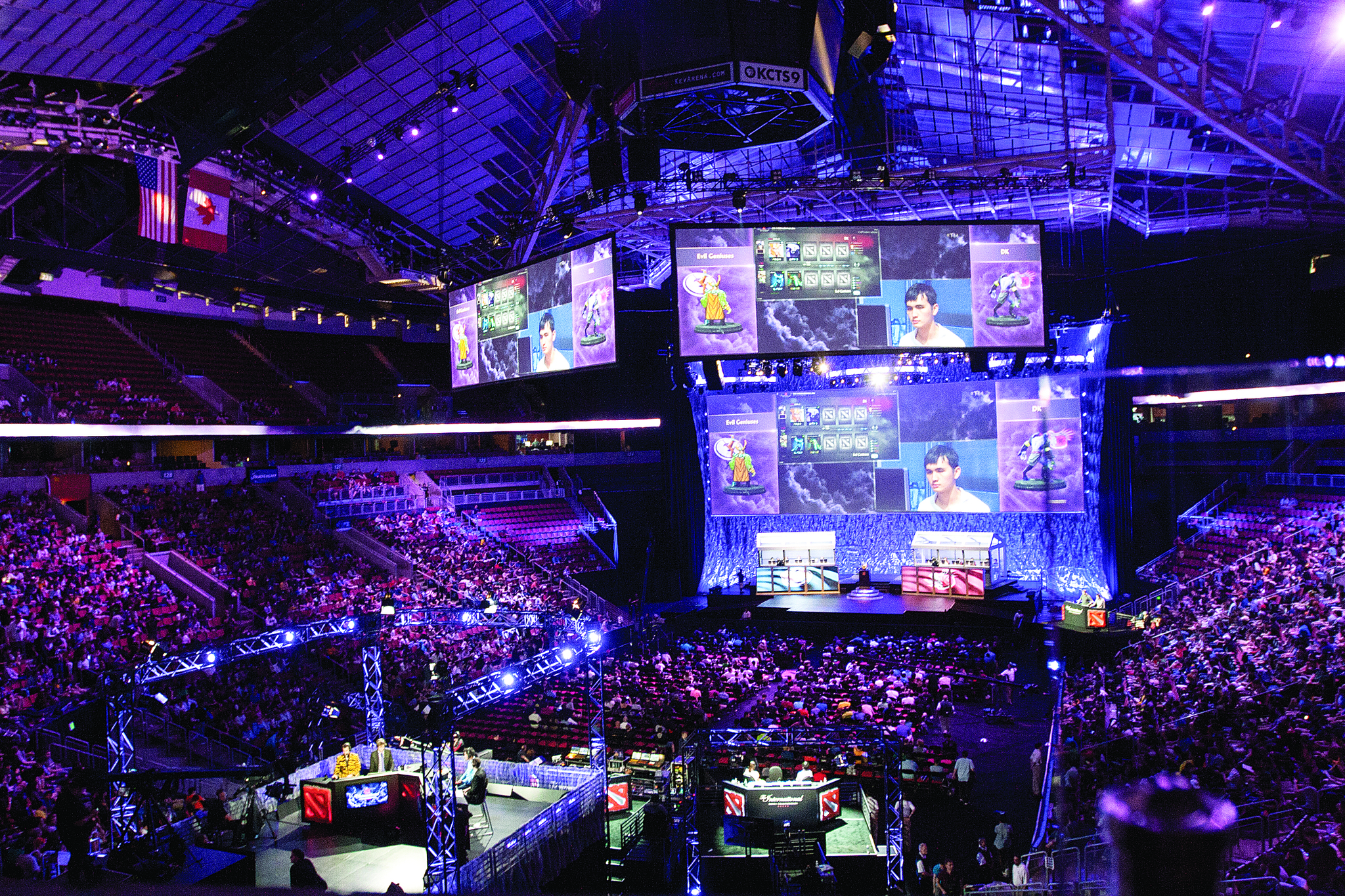 At The International, the best “Dota 2” teams from around the world come together to compete. In 2017, the tournament’s prize pool amounted to nearly 25 million dollars. Photo Courtesy Jakob Wells.

With 32 million viewers, it takes a special sporting event to draw a larger crowd than that of either the 2013 NBA Finals or the 2013 World Series. The League of Legends 2013 World Championship drew more viewers than that of two major sports’ finales — but despite its apparent popularity, many people in the West are unaware of esports and what they are.

The main bulk of esports’ popularity stems from Asia, as it gradually branches out into the Western sporting world. The sport remains on the fringes in the West, but this will not be the case for long, as new leagues and games continue to grow in cities nationwide, including here in Atlanta. From budding projects like Turner Entertainment Company, Inc.’s new eLeague to Emory’s own esports Club, esports’ coming of age is closer than you may realize.

The origin of esports traces itself back to Stanford University in 1972, when a group of students competed in the first known video game tournament with a game called “Spacewar.” From its humble beginnings, esports later grew into a global phenomenon. However, little happened at the beginning of the esports scene. The birth of the World Wide Web in 1989 spurred the creation of computer games, but the internet itself was not developed enough to handle the high-speed connectivity that most online games require today.

During the early 2000s, with the advent of a newer, more advanced internet, the esports scene grew. Games such as “Quake” and “Defense of the Ancients,” made their way into the light. But the esports explosion had still yet to come. The vanguard of the charge was a small company known today as Riot Games, which created the now famous “League of Legends.”

With the rise of “League of Legends,” team esports gradually grew more popular, mostly due to the accessibility of the game itself. “League of Legends” was a free game to play that could be downloaded and run on almost any computer, thus creating a huge fanbase around the world. By 2014, there were an average 27 million players daily and 67 million players monthly. After seizing such a large audience, Riot Games took the next step and decided to add a competitive component to “League of Legends”; from there, the competitive nature of the game snowballed. Players who originally played for fun began to take their skills to another level; Riot Games saw the number of amazing players increase by the day.

Riot Games decided the best way to promote “League of Legends” was to stage a competition among the best players, much like other sports leagues such as the NBA or the NFL. As soon as players, such as Faker, Bjergsen and Aphromoo, realized they could make a living off of video games, the popularity of esports skyrocketed as more players saw career potential. Almost immediately, other esports companies, like Valve, began to take note and did the same with their own games, creating a competitive environment and providing monetary incentive for those who wished to go professional. Just as someone who loves soccer watches soccer, those who loved video games watched more video games.

And that brings us to where we are today. One of the newest esports leagues is the “Overwatch League,” created in 2016 by Activision Blizzard. Activision Blizzard wanted to replicate the success of “League of Legends” for its own game, “Overwatch.” Major media companies like ESPN have now realized the potential of esports and air tournaments along with their traditional sports content. In a few weeks, “League of Legends” will be holding its 7th World Championships.

Atlanta’s Turner  now funds eLeague, a major tournament for another rising esport, “Counter-Strike: Global Offensive,” following Riot Games’ success. Even on campus, Emory University esports Club is a registered member of University League of Legends, an organization started by Riot Games to help promote competitive esports on college campuses. Even in your dorm or apartment, there is probably someone nearby watching or playing an esport — a mark to how far the industry has come. It’s a good time to be an esports fan, and you should be too.