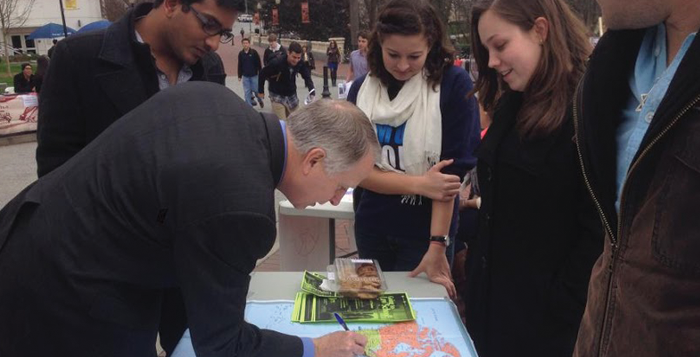 It seemed like a typical Wednesday at Emory. As hundreds of students passed through Asbury Circle, various club members sat at tables advertising their organizations and competing for students’ attention. But what certainly caught everyone’s attention last Wednesday was President Wagner’s visit to the center of Asbury Circle where he marked Greece on a map as a place he would like to visit in the world.

This event was part of Emory Model United Nations’ (EMUN) World Week. The occasion is hosted by EMUN each year and consists of events centered on community building and international awareness at Emory.

On Monday, the first day of World Week, Emory students were given the opportunity to learn about how they could make an impact on the world. Chris Young, Executive Director of CIFAL, or Centre International de Formation des AutoritÃ©s et Leaders in French (International Training Center for Authorities and Leaders in English), Atlanta, spoke to students about what CIFAL does and how they could get involved in influencing the world.

“My favorite experience from World Week was hearing Chris Young from CIFAL Atlanta speak about how young people can change the world,” said Ajay Taunk, College sophomore and EMUN Vice President in charge of World Week. “I spoke with a number of attendees of Chris Young’s talk, and the feedback I received was overwhelmingly positive. Many students were inspired by what he had to say.”

World Week continued on Tuesday with EMUN’s weekly general body meeting. During this meeting, members learned Model United Nations skills and how they could implement the skills in a committee setting. While EMUN general body meetings are geared toward their members that travel to competitions, they are open to all Emory students.

EMUN also sponsored last week’s Wonderful Wednesday. Students passing through Asbury Circle were asked to mark on a world map where they are from and where they would like to travel or live in the future.

In an attempt to increase international awareness, EMUN members also asked students to name a country they pointed to on hand-drawn maps of continents.

“Our free Blueprint LSAT workshop was a massive success,” Taunk said. “People learned a lot about the LSAT as a means by which to get into the law school of their dreams. It is through this I feel people will be able to inspire the international community and build a community at Emory and around the world.”

EMUN ended World Week with a celebration at Los Loros Mexican Restaurant in Decatur on Saturday night. Taunk said that the event helped build a feeling of community among Emory students, one of World Week’s goals.

“A wide variety of people from a myriad of social groups on campus attended our social event at Los Loros,” Taunk said. “During conversations we had at Los Loros, a number of connections were made both between EMUN’ers and non-EMUN’ers but also between people in general.”

Taunk overall believes that World Week was a success.

In addition to World Week, EMUN participates in and organizes various other events. Members travel to Model United Nations competitions on the collegiate circuit and also host on-campus events open to all Emory students.

Most notably, EMUN hosted a Bollywood movie night where Indian snacks were served.

Members are currently organizing a political debate between the Emory College Republicans, Young Americans for Liberty and Young Democrats.

Taunk said EMUN has had a great impact on its members by fostering both a culture of international literacy and strong community.

“EMUN changed my experience at Emory forever,” he said. “Being an international student, I found it difficult early on to find my place at Emory. I quickly found myself surrounded by some of the nicest, smartest and most caring people on campus… EMUN is a place where anyone and everyone can feel welcome and learn about the world we live in.” 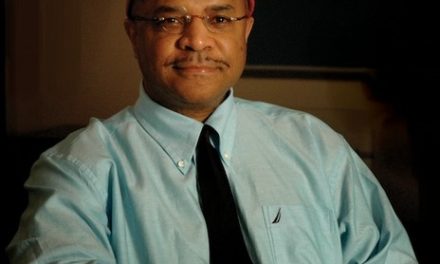