Empathize with Gabby Petito, but center Indigenous voices too 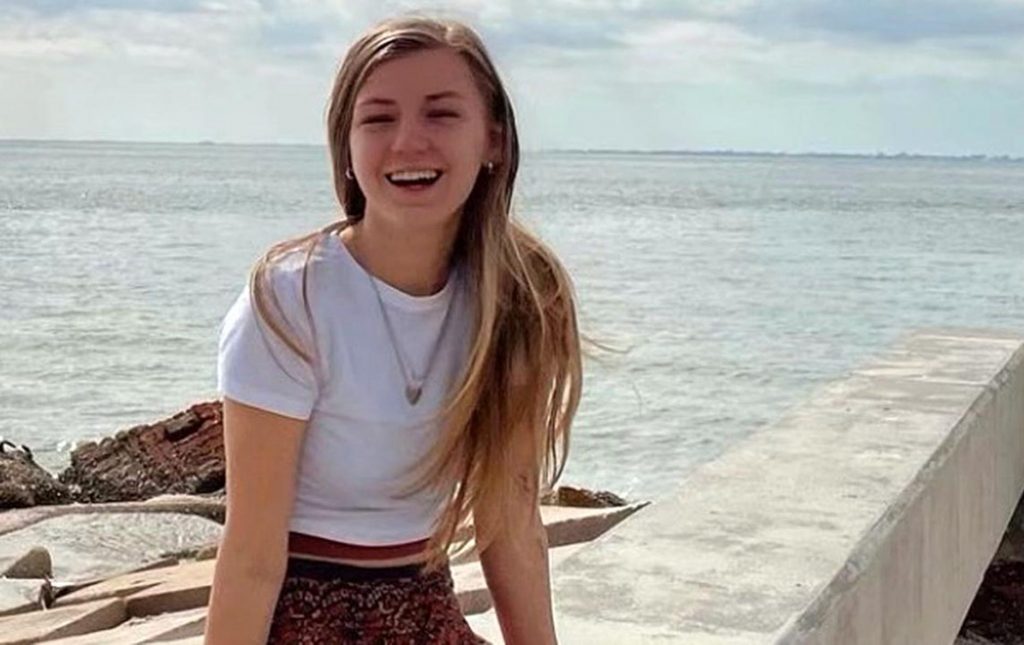 Photo of Gabby Petito released by her family

Gabby Petito and her fiancé, Brian Laundrie, set out on a road trip together in June, gushing about their travels to family members and the Internet as they went. But by late August, Petito stopped calling home.

Petito’s homicide warrants memorialization, sympathy and so much more. While Laundrie has not been charged with murder, he is a person of interest in the ongoing case. As of 2020, 82% of victims killed by a partner or ex-partner are women. So while raising awareness about femicide is a noble cause, far too often mass media focuses on white women. That’s tunnel vision undergirded by white supremacy, not activism. It’s time we center our discourse on femicide where the problem is most acute: among missing and murdered Indigenous women (MMIW).

Petito’s case is just the latest entry in our long history of upholding ‘missing white woman syndrome,’ or the public and media’s tendency to ignore disappearances of women of color while exhaustively covering those of white women. In the weeks since Petito vanished, timelines, cable news spots, op-eds, editorials and analysis pieces have flooded the news. As two advocates for missing Indigenous and Black women and children, Lynnette Grey Bull and Derrica Wilson, pointed out last week, Petito’s death has received more coverage in a few weeks than hundreds of MMIW combined.

Women of color, particularly Indigenous women, go missing at higher rates than white women. If we care about Petito because we feel femicide is a pressing social issue, what about the 710 Indigenous people reported missing between 2011 and 2020 in Wyoming? Though homicide is the third leading cause of death for young Indigenous people in the state, most of the media fails to report on the issue until they are found dead.

The disappearance of Mary Johnson, a Tulalip tribe member, only returned 6,000 Google search results as opposed to Petito’s daily headlines. Media’s portrayal of Indigenous victims also often contains negative framing that shifts its focus away from the victim and towards gory details about the homicide itself. It’s not just about news coverage or headlines, fear for safety and livelihood are real life ramifications that go hand in hand with this issue.

Would more Indigenous victims be found if they received the same media reporting and social media attention that Petito did? The U.S. is choosing to ignore their suffering.

Black Americans experience a similar problem, underrepresented and underreported in missing persons coverage. They not only struggle to attract media attention, but also to obtain justice. Research done by Zach Sommers, a Chicago lawyer who analyzes missing persons cases and the media attention it receives, further corroborates that Black victims rarely made headlines or got any news coverage at all. That marginalized groups deserve more coverage does not mean Petito does not deserve our empathy. Instead, it’s about giving equal recognition and value to every life that is lost. While Petito’s story should evoke empathy and a reflection on abusive relationships, the highly publicized nature of her death and not hundreds of others only illustrates the extent of discrimination and lack of care for marginalized groups in the media.

How do we end our ignorance of MMIW? We start by listening. From Sept. 25 to Dec. 12, 2021, the Carlos Museum’s newest exhibition “Each/Other” features two leading Indigenous contemporary artists, Marie Watt and Cannupa Hanska Luger.

One of the centerpieces, titled “Every One” by Luger, is composed of over 4,000 individual handmade beads with each representing an individual from Indigenous communities that have been lost. The purpose of this piece is to rehumanize the data of missing and murdered Indigenous women, girls, queer and trans community members. Such a piece is worth seeing, not just for the sake of entertainment, but to understand the conditions under which these victims have been systemically silenced. While the museum’s exhibit is featuring Indigenous artists, we should also not forget the untold stories of Black women. “Our Black Girls,” a website founded by Erika Rivers, publishes and documents these incidents as a way of honoring victims.

Ask anyone on the street whether they think homicide is wrong, and they’ll either give you a strange look or tell you that ‘yes, of course.’ But if that person is an American, chances are that they have spent the last few weeks reading about Gabby Petito and walking by dozens of posters in their local Walmart featuring missing people of color. A person of color’s suffering matters just as much as that of someone who is white, and we need to begin treating it as such. Not doing so is not only a ridiculous contradiction of our most basic values but a failure as a society to value every human life equally.