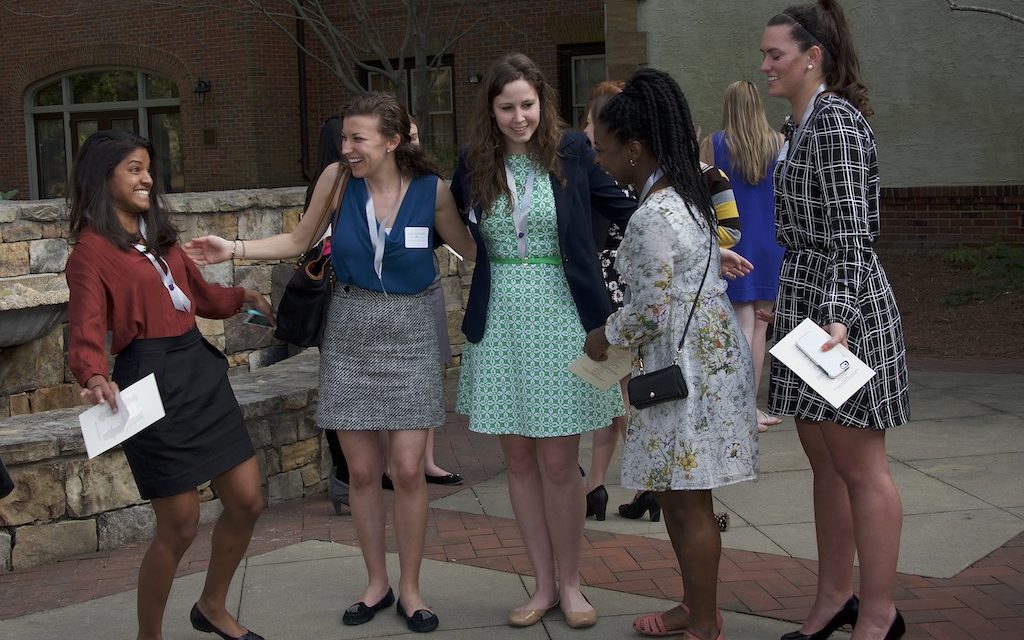 Last Thursday during the Women of Excellence Awards, the Emory Alumni Association (EAA) and Emory’s Center for Women acknowledged female university staff and alumni who have performed extraordinary feats in the past year.

EAA members nominated women who have taken an active role in promoting female empowerment on campus. Samuel Candler Dobbs Professor of African American Studies Carol Anderson received the Award for Public or Digital Scholarship, which honors an individual whose work has sparked conversations about feminist or gender-based issues throughout the Emory community.

Anderson has acted as a “leading thinker of race in America,” Program Coordinator for the Center for Women at Emory Tiffany Del Valle said. Anderson has worked extensively with Emory’s Center for Women and has appeared on national radio and television to speak about the issues of race, gender and education.

With her position, Yount advised several post-doctoral fellows and encouraged students to pursue their passions in issues relating to gender based violence, maternal and child health, gender, family and qualitative and quantitative research methods. She also formed Grow, an organization that serves as a global inspiration for women’s empowerment. A mentee referred to Yount as the “most significant mentor in [her mentee’s] twenty-plus-year career.”

Amy Elkins, a professor in the English department at Emory, achieved the Award for Excellence and Pedagogy. The award celebrates a teacher who is willing to bring gender issues into the classroom in creative and inspiring ways.

Elkins has a reputation of being an outstanding educator and leader in the campus community by teaching literature through the arts.

The Leadership Award was presented to Lynell Cadray, Associate Vice Provost for Equity and Inclusion at Emory. This award is presented to anyone in the Emory community that has demonstrated leadership to or for women.

Cadray mentored many women who were pursuing law and provided opportunities for underrepresented students to join a profession that was difficult to enter.

On her success, Cadray remarked, “It is such an honor for me because I’ve been working for the Center for Women for such a long time and was nominated for this award three times. When they called and said I had won this time, I was so happy.”

Dabney Evans earned the Unsung Heroine Award, which honors a woman who has demonstrated extraordinary dedication to issues that affect women at Emory and the larger community but whose efforts have gone unrecognized by the public eye.

The Outstanding Alumna of the Year Award was presented to Barbara Bruner. This award recognizes an alumna leader who has demonstrated a strong commitment to the Emory community and beyond.

After graduating from Emory, Bruner worked as a physician with a speciality in pediatrics. She served as director of pediatrics at the emergency clinic and chief of service in pediatrics at Grady Hospital. Bruner is also a former professor at the Emory School of Medicine and remains heavily involved in the events of Emory University.

“I’ve really had a wonderful life,” said Bruner after receiving her award, “I come and go in different phases of my work, and right now it feels just like I’ve won an Oscar.”

Women could be nominated by themselves or others by describing the ways in which they demonstrated excellence at Emory. 50 to 60 seniors were then chosen to receive the Women of Excellence Award.

One group of women also collectively received an award for their expression of black feminism through theatrical performance.

College senior Troizel Carr and his cast and crew of the play “For Colored Girls Who Have Considered Suicide/When the Rainbow is Enuf,” written by Ntozake Shange, were presented with the Program of the Year Award, which recognized an individual or group who created an initiative that strived to increase gender equality and cater to the needs of women at Emory or in the general community.

“‘For Colored Girls’ was praised because it carved out a much needed space for celebrating the extraordinary potential of black women’s collective power while also recognizing the painful reality of their lives,” said Del Valle.

Natalie Turrin, graduate fellow in the Center for Women, spoke about the reasoning behind initiating the Women of Excellence Awards.

“The Women of Excellence Awards are an expansion of the awards ceremony we held every year, called the Unsung Heroine Awards,” Turrin said. “We wanted to celebrate women who were excellent in different kinds of categories. This is also the first year of the pinning ceremony, as we realized we wanted to celebrate seniors, too.”

Turrin recalled that it took several months to plan the event, “because of the nomination and selection process and then planning the ceremony.”

Camila Donoso, a senior in the Emory College of Arts and Science, spoke about the prevalence of those in her sorority, Lambda Theta Alpha, at these awards. Donoso stated, “Most of the seniors in our sorority are receiving the Women of Excellence Award, which I think really says something.”

One of the goals of the event is to recognize women across campus.

A reception inside the Miller Ward Alumni House included hors d’oeuvres and casual mingling amongst the soon-to-be alums.

“[The Women of Excellence Awards] is a really nice way to expand the ceremony on the cusp of 25 years of the Center for Women and 100 of accepting women to Emory,” Turrin said.