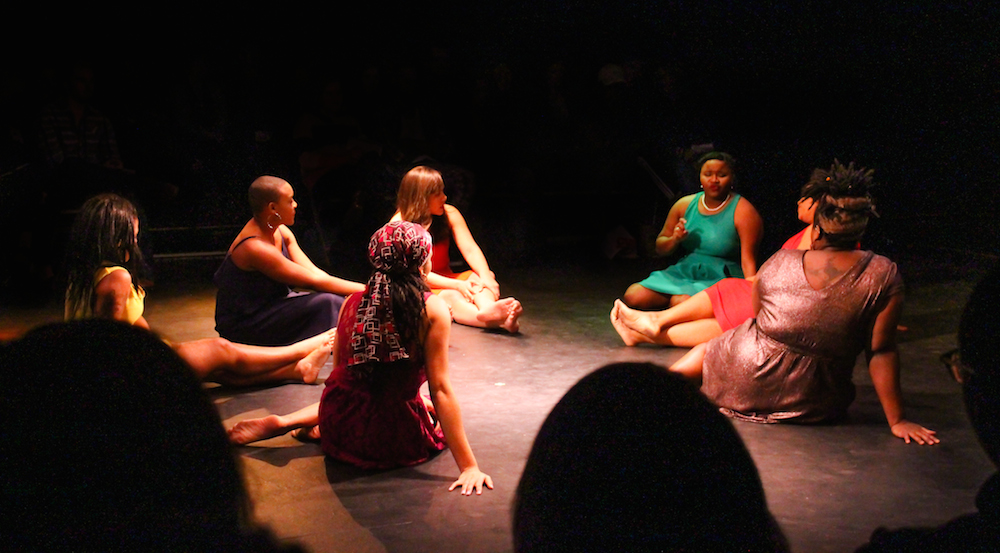 On Friday Feb. 27, I attended a showing of the student-acted and produced “For Colored Girls Who Have Considered Suicide/When the Rainbow is Enuf,” written by Ntozake Shange, and directed by College senior Troizel Carr. The diverse cast featured actresses from all years and all shades of black.

Held in the Black Box Theater of the Burlington Road Building, the location of the play was a metaphor within itself. Seemingly not a part of campus, the building is rather disjointed or set apart from the structure of the school. This is the building where true artistry goes to play and self-expression is praised. Home to the Music department and many student productions the Burlington Road Building offers a full range of rehearsal space and stages for student performances.

The Black Box theater in particular is intimate and lends itself “to be anything” as Carr mentioned as we spoke after the show. It is somewhat of a smaller space that forces the audience to be involved because they can feel as though they are physically in the show.

The play follows a group of seven women who tell their stories anonymously. It is anonymous in the sense that each women is represented by a color (Lady in Red, Orange, Yellow, Green, Blue, Purple and Brown) and their names are not mentioned. They present poems as monologues one after another that reflect on each of their past experiences of domestic abuse, abortion, an HIV/ AIDS diagnosis, etc.
The sheer fact that the women pour their hearts and sorrows out to the public strips them of personal anonymity and welcomes public opinion, or maybe even scrutiny due to the troubling situations they find themselves in. But this fearlessness is what makes the piece so powerful. Although the story was first published and performed in the 70s, the words spoken are painfully relevant to black women and women of color today.
Issues such as rape, abortion, domestic violence and many more discussed in the play are still very present in modern culture, and many women find it hard to speak out.

The Emory performance of the stage show was born from the painful truth that black female voices have often been silenced. “There was no initiative for black women,” Carr stated as he noted that his inspiration arose from his Intro to Black Feminist Thought class and a conversation with fellow stage manager College senior Samantha Scott.

Though Carr spoke modestly while introducing the piece, giving most of the success and credit of the play to his actresses, I felt his contribution was visibly present. The director’s vision is at the helm of any production and his personality and passion for black representation shone through his actresses and out into the audience.
The play featured slight updates that gave a modern take on things. The Lady in Yellow, which was perfectly casted and played by College junior Shala James, pantomimed holding a phone in her hand and swiping up and down as if scrolling through Instagram on an iPhone (it’s the little things …).
The transition music consisted of popular artists of the present, such as Rihanna, and there was even a mention of OG Maco in the dialogue. The Lady in Purple played by Zana Pouncey was beautiful from head to toe and delivered the lines eloquently, and was seemingly calm and collected. The Lady in Blue was played by College freshman Chelsea Jackson, who has an incredible stage presence. It is hard not to notice her, even when someone else is speaking. She has a bright future ahead of her in Emory Theater productions. Lady in Green, played by College senior Jasmine Walker, presented a well-characterized monologue that was hilarious, boisterous and a painfully accurate depiction of a woman who doesn’t want anyone to run off with hereverything. The piece is aptly titled, “somebody almost walked off wid alla my stuff.”

Although I am familiar with the play and hold a bias due to Kimberly Elise’s breathtaking performance as The Lady in Brown in Tyler Perry’s 2010 film adaptation, my favorite monologue was by the Lady in Red, played by College sophomore Dalyla McGee.
To deal with emotions that one has not experienced is a great feat and a challenge for any actress. The Lady in Brown played by College junior Krystyna Jordan had one monologue in particular that stood out titled “Toussaint.” It was witty, funny and effortless. Lady in Orange, played by College junior Annelise Bonvillain, had excellent annunciation and was seemingly relaxed which made her monologues flow naturally and feel genuine.

It would only be fair that I mention the crew as well. The blocking was very well done and the lighting was, for lack of a better phrase, en pointe. Everything transitioned smoothly and flowed rhythmically. All that is left to say is “Congratulations!” to all involved in a fantastic production … 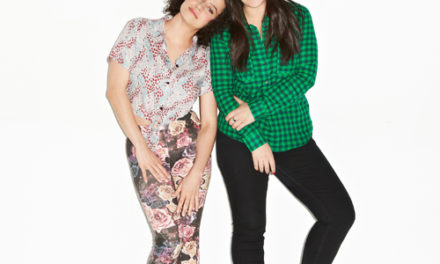 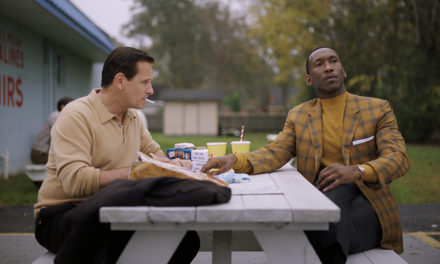 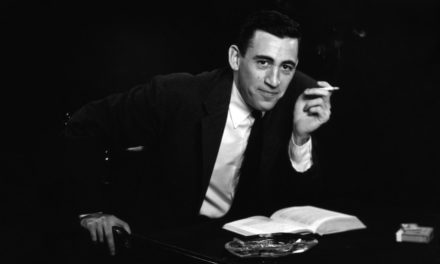 The King and I Blends Humor, Sexism