As Hillary Clinton completes her term as U.S. secretary of state, President Obama has commenced the search for her successor for his second term as president. Obama’s second term will inevitably include a continuation of turmoil in the Middle East, and will therefore require an experienced, strong but also reserved figure, according to Associate Professor of Political Science Kyle Beardsley and other political experts.

Beardsley said the foreign policy crises of Obama’s first term will continue during the next four years. He emphasized the Israel-Palestine conflict, which involves ongoing warfare between Israelis and Palestinians over issues such as border disputes. Beardsley emphasized that the second term will involve more of a diplomatic movement toward a peace settlement between Israelis and Palestinians.

Therefore, he said, the next secretary of state will have to be able to understand multiple points of view and operate under principles that adhere to American and humanitarian interests.

“The secretary of state needs to have a strong personality not motivated out of ego, but instead nationalism,” he said. “Their initiatives should be rooted in principles that can travel well and contain consistent concern for human rights, peace and security.

The search for the next secretary of state has narrowed the position down to two candidates: current Ambassador to the United Nations (U.N.) Susan Rice and Massachusetts Senator and 2004 Democratic presidential candidate John Kerry, according to a Nov. 29 New York Times article.

Beardsley said Clinton left behind a legacy as a secretary of state who forged healthy relationships between the United States and many other countries. During Clinton’s tenure in this position, the United States became involved in a series of political coups in the Middle East known as the “Arab Spring” by supporting the roots of democratic procedures in countries such as Egypt. Additionally, Clinton handled the assassination of an American ambassador in Benghazi, Libya, for which she had to strike negotiations with Libya to extract information about the attack.

“Under Clinton, we definitely saw more engagement with allies and opponents,” Beardsley said. “Particularly, our relationship with European allies evolved into one where we were mutually supporting each other in addressing ‘Arab Spring’ and Iran’s nuclear capabilities.”

Beardsley also cited her “lead from behind” approach – which entails the use of American power when necessary but not as the “forefront” of political action – as her defining strategy as secretary of state.

“Her ‘lead from behind’ strategy made sure American might was used, but allowed other countries with more vested interest to take action and responsibility when possible, especially with the crisis in Libya,” he said.

Like Beardsley, student leaders in Emory political organizations have emphasized the need for an experienced political figure as Clinton’s successor.

College junior and Young Democrats Vice President of Communications and Community Outreach Alex Nathanson said experience is the key characteristic Obama should seek, because the conflicts the United States faces today are far more complicated than the issues Clinton faced in 2009.

“Obama’s going to want to make progress on the Israel front and broadly in the Middle East to tie up loose ends in areas that are leaning towards democracy,” Nathanson said.

Likewise, College Republicans Chairman and College senior Nick Going said the new secretary of state should be diplomatic and willing to work with other countries without forcing them to assume U.S. stances.

“It’s essential for the Secretary of State to understand what’s going on in other parts of the world politically, economically and socially,” he said. “The issues would require a really remarkable individual that can gauge what’s going on around the world as well as keep U.S. interests at heart.”

Political analysts have also expressed various opinions on Rice and Kerry as the contenders for secretary of state.

Opponents to Rice becoming secretary of state, mainly senate republicans, have put Rice under pressure because they find Rice’s handling of the Benghazi crisis incompetent. Rice classified the attack as “a spontaneous protest” and “disorganized violence,” though the assassination was later determined to be organized violence, according to the New York Times article.

Republicans and democrats hold different opinions as to whether Rice knew about the true nature of the attacks and misreported the information purposely. Members of the two political parties have been quarreling about her potential competency as a secretary of state, according to the Times. Specifically, republicans have accused Rice of misrepresenting the attacks to defuse the situation and make it seem as though the U.N. had handled the attack effectively.

“I continue to be troubled by the fact that the United Nations ambassador decided to play what was essentially a political role at the height of a contentious presidential election campaign,” Senator Susan Collins told The New York Times.

Emory students and Beardsley, however, disagreed with this notion and said that while she may have made minor mistakes, her general intentions in handling the crisis were noble.

“Rice’s response operated on what intelligence gave her, and only much later did America find out how organized the attack really was,” Beardsley said.

Nathanson agreed, citing Rice’s solid record as ambassador as evidence of her character.

“Calling Rice out for misinformation is ridiculous, because she was never delivered incorrect information accurately in the past,” he said

Nathanson, Going and Beardsley all noted, though, that Kerry might be the stronger candidate of the two because of his wealth of experience as a senator and longer tenure as a politician in Washington, D.C.

“John Kerry would probably be a better choice because Rice has been so embroiled in the Benghazi conflict and now has a tarnished reputation that will make her a more polarizing candidate and not as appealing to both republicans and democrats,” Going said.

Students Evacuate Tower Due To Fire 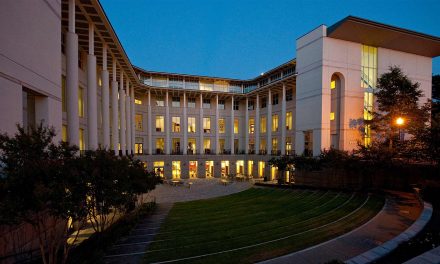 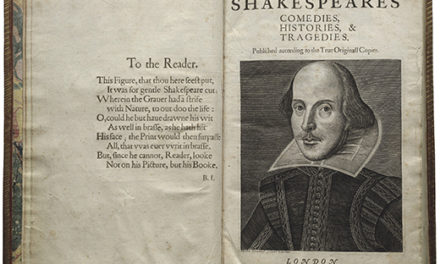