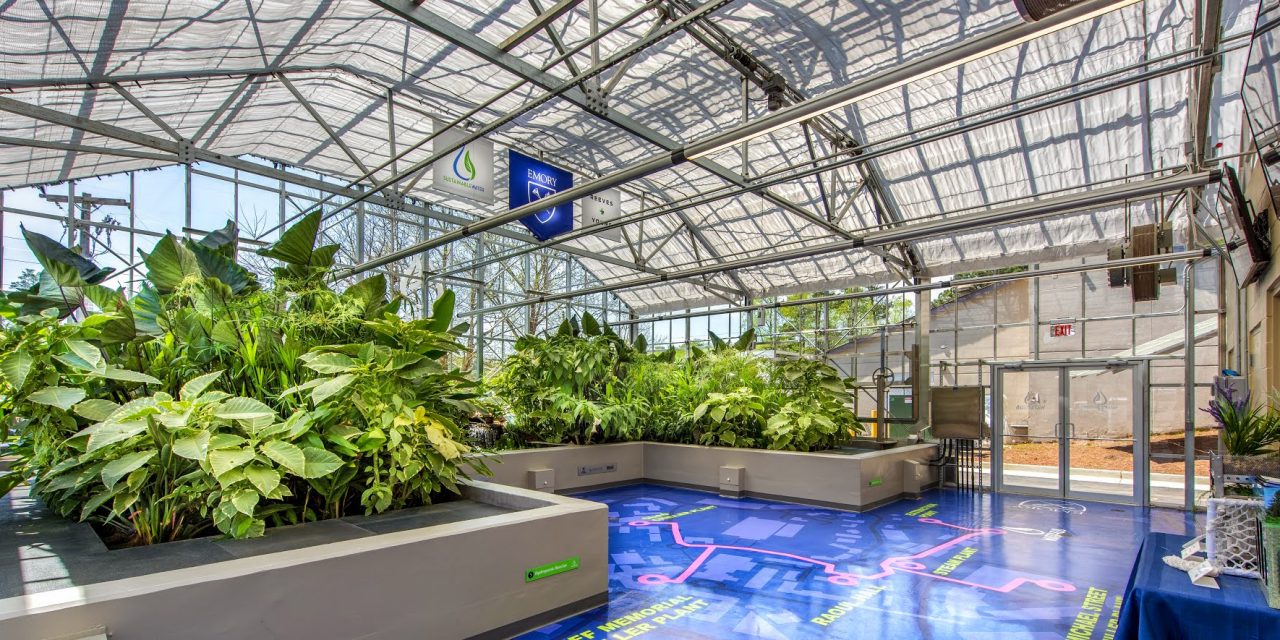 Despite Emory University’s inability to compost this year, the University has still sustained environmentally-friendly prospects, embracing alternative sustainability strategies throughout the pandemic.

Though many students have pushed non-pandemic concerns to the side this year, Oxford Climate Reality Project Environmental Action Committee Member Alexandra Aladham (22Ox) emphasized the importance of remaining committed to sustainability. Aladham added that Earth Day is especially important this year, as it affords the opportunity to acknowledge ongoing environmental crises and sustainable alternatives.

“The past year, we’ve had a lot of focus on the pandemic and of course that’s an important issue, and in some ways it does impact environmental issues, but I feel like we also need to focus on more issues … like environmental sustainability because it’s kind of been put on the back burner,” Aladham said. “If you look at it from a standpoint of the future, it’s super vital that we pay attention to issues like this.”

“It was really that which inspired this notion of really expanding our work,” Howett said. “It was really helpful to have these universal goals that so clearly address the fact that these were conjoined issues of climate justice, health disparities, racial equity and that these can all be addressed together.”

One approach Emory took to mitigate the climate crisis was finding ways to convert campus waste into renewable natural gas, a prevalent practice across Europe. Howett said she met with the German and Sweden embassies in Atlanta to discuss this issue in fall 2020. On Oct. 1, 2020, the University received nearly $300,000 from the Environmental Protection Agency (EPA) to construct an anaerobic digester prototype at Emory.

“The EPA was excited about the idea of an urban application because often in the United States, anaerobic digesters are easier at wastewater treatment facilities or at agriculture facilities,” Howett said.

The anaerobic digester takes the University’s food waste and converts it into renewable natural gas. The University can then use that gas to heat buildings and create a substance that improves soil quality, called soil amendment,  that can be used at the Oxford farm, educational gardens or local farmers.

Much of Emory’s environmental focus is close to home. A number of factors exacerbate the need to increase sustainable practices at the Emory, she said, including Emory’s location in the south, where the intersection of climate change and racial inequality is particularly acute.

Accordingly, there is a “moral imperative” to prioritize sustainability at Emory, Howett noted, saying, “If we’re not concerned about it, then we’re ignoring the elephant in the room.”

“We are at the epicenter of where the rubber is hitting the road on these conjoined issues of climate health and racial equity,” Howett said. “It’s actually incumbent upon us to have these issues of sustainability and social justice as priorities.”

The University’s sustainability goals emphasize equity and intend to benefit the surrounding community, such as by protecting nearby land at risk of development and reserving that land for women and minority farmers.

“When I came to Emory, I was interviewed by then-President [James W.] Wagner and I said to him, ‘If this is about creating this kind of green oasis of privilege behind gates, I’m not your person,’” Howett said. “It has to be that Emory is a resource to have our whole community be able to enjoy this just, prosperous, sustainable future.”

Although COVID-19 has imposed many challenges on the University’s sustainability efforts, Howett explained that the pandemic has also provided an opportunity for the University to embrace resilience.

“I’m really talking about the capacity to embrace change and the complexity of these interwoven human and natural systems to adapt to something new,” Howett said. “You don’t want to bounce back to what was before because the status quo is systemic racism and deeply ingrained poverty.”

Food supply is one area that the University seeks to improve by engaging in local agriculture. Although Emory was already focused on creating a resilient food supply before the pandemic, Howett said the pandemic “made it clear” this area needs more work.

Currently, The Conservation Fund, an environmental conservation non-profit, is creating legal agreements that will permanently protect agricultural lands around Atlanta that are at risk of being developed into strip malls. Emory will then lease the land to minority and female farmers, groups that Howett said have been historically  blocked from land access.The farmers will be placed on a 10-year path to ownership. Emory will then purchase food from these farmers.

“It ensures a resilient food supply for Emory, but it also uses the power of our pocketbook, uses our procurement power, directs our dollars into the kind of social justice and conservation benefits that we seek to have,” Howett explained.

Investments of Emory’s $7.9 billion endowment is another major aspect of the school’s  sustainability initiatives. Many universities like Harvard University (Mass.) have come under fire for promoting a sustainable “green” image while simultaneously investing their endowments in fossil fuel corporations.

Howett said the University has not been investing in fossil fuels in the first place and has a “negative screen” for investment on the Fossil Free Index.

“We were focused on ensuring that Emory’s endowment wasn’t contributing to the largest production of carbon emissions, which is the fossil fuel industry, and that’s really following the whole national model,” Howett said. “We didn’t target companies that produce toxic chemicals or that produce plastic waste.”

The University is in the middle of installing 15,000 solar panels across the Atlanta campus, a project announced in August 2020. This will be enough to produce 5.5 megawatts of solar generation, which can power over 1000 homes in the U.S.

University President Gregory Fenves elaborated In an April 22 tweet that this initiative will make Emory the largest solar power producer out of all Georgia universities.

Emory’s solar panels will cover 10% of its peak energy needs while reducing its greenhouse gas emissions by about 4,300 metric tons. Some of the panels will be placed atop parking decks, shielding parked cars from the sun’s intensity.

“We’re committed to a culture change,” Howett said. “That means that from the first time a student interacts with us, they know [sustainability] is part of our DNA. There’s an expectation that they will help us further these goals.”