Emory to Offer Course on The Ferguson Movement 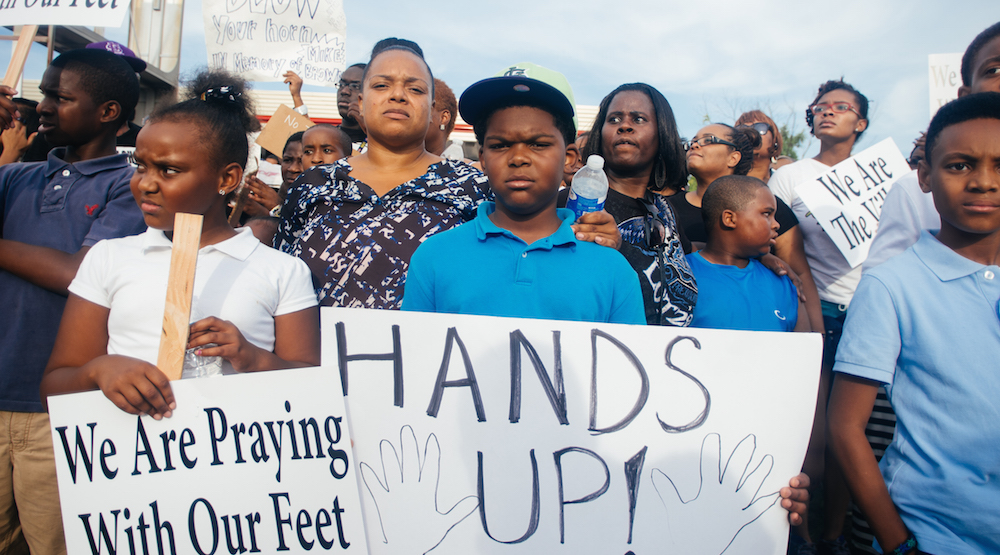 Last August, the shooting of unarmed black teenager Michael Brown by a white police officer on Aug. 9 in Ferguson, MO sparked riots, protests and a national conversation on police violence against blacks in America. This fall, Emory students have the opportunity to examine the issue through a course designed specifically to explore the event.

The Ferguson Movement: Power, Politics and Protest is the first ever course designed by the Center for Faculty Development and Excellence (CFDE) instead of a professor. The course will be offered to undergraduate, graduate and professional students.

The creation of the course followed Emory’s own response to the Ferguson events in early December, when students organized a “die-in” protest. This response was inspired by the death of Eric Garner, a black man who was strangled to death by a white police officer in New York.

Faculty members from various backgrounds, including the Goizueta Business School and the School of Medicine, will give guest lectures and lead discussions regarding the events in Ferguson. Though the list of faculty members teaching this course has not yet been finalized, two professors will take turns teaching each class meeting throughout the semester, according to Brown.

Brown said that she pitched the idea to other Emory faculty members.

“Then we started laughing when we thought about how busy each of us were, and we couldn’t take on the responsibility of an additional 14-week course,” she said.

As she began to speak with Scully, however, the idea solidified.

“We both jumped on the idea and started brainstorming,” Brown said. “The response was so overwhelming.” Although the initial plan for the 14-week course was a three-hour session taught by a single faculty member, the current proposed structure of the course will bring together faculty that are researching in similar areas — “and they may not have known about their colleagues across campus,” Brown said.

College seniors Jovonna Jones and Sammie Scott responded positively to the introduction of the course.

“I think the class is going to be really dope, because it’s a class that’s using Ferguson as a lens, but it’s not just about Ferguson,” Jones said. “So it’s like having a class on a particular moment that everyone is connecting to, and they feel it as a moment, but it’s so much more than that.”

Nevertheless, Scott said she has a few concerns regarding the reasons for which the class is offered.

“I’m really excited that it’s happening, but the one thing that frustrates me underneath that is the fact that if Ferguson didn’t happen, this type of education wouldn’t be happening, which is really frustrating to me.” Scott said. “These things don’t only happen in Ferguson.”

“I think it’s so imperative for students to take the class because we’re so used to feeling events and saying, ‘Oh, hey, Ferguson happened,’ but people really do not get the framework of racism and how it’s so embedded in what we even call the United States,” Jones said. “Despite this nation and what this nation means, racism is at its core. So, the class is necessary, and I hope it really goes beyond anybody’s expectations.”

College freshman Zach Denton expressed his excitement for the opportunity to take a course that addresses politics and tensions in a contemporary society.

“It’s a class that’s both admirable and necessary, and it will be valuable in the future,” Denton said. “It’s something we should know more about.”