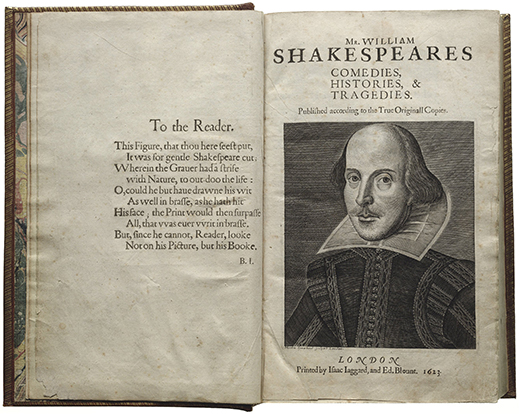 Beginning next week, Emory will sponsor events to usher in a new exhibition entitled “First Folio! The Book that Gave Us Shakespeare” — the original collection of William Shakespeare’s plays coming to the Michael C. Carlos Museum from Nov. 5 to Dec. 11.

In honor of the 400th anniversary of Shakespeare’s death, the Folger Shakespeare Library (Folger) is presenting a copy of the First Folio, which dates back to 1623, in one venue in each state, an extremely rare and unique opportunity, according to Professor of English and Co-director of Emory’s Year of Shakespeare Sheila T. Cavanagh. Emory will host the folio for Georgia.

“This is one of the most significant books that exist in the world,” Cavanagh said. “If we didn’t have the First Folio, we wouldn’t have copies of many of Shakespeare’s plays.”

Emory was also eager to become involved with the process, according to Cavanagh, who began planning for the First Folio’s arrival several years ago through a “highly competitive” application process that considered factors including security, temperature and humidity.

Applicants were also judged based upon their programming ideas. Emory has arranged discussions, exhibits, festivals and theatrical performances to meet these demands. These events are collectively referred to as the “Year of Shakespeare.”

Robert W. Woodruff Library Exhibitions Manager Kathryn V. Dixson noted how collaborative the programming process was and she cited the First Folio as the “anchor” to tie each individual exhibit together.

“[The exhibits and events] come from a lot of different angles, sometimes in ways that people don’t really expect,” Dixson said. “There are many unexpected inroads to it.”

One exhibit entitled “Plants Are Set Before Us: Shakespeare’s Natural Worlds” will examine the role of plants as symbolic objects in the stories of Shakespeare, using materials from the Emory University Herbarium. This exhibit will run from May 16 through June 26.

“Dispatched in Post: The Bard on Cards,” another exhibit running in the summer, will showcase a collection of postcards that illustrate significant scenes from Shakespeare’s works.

Emory Professor of English Harry Rusche will provide the 19th and 20th century postcards, of which there are approximately 1,000, according to Laney Graduate School student Justin Shaw.

The postcards will appeal to many audiences, including those interested in social justice, according to Shaw. The exhibit will depict how important women were as theater managers and playwrights during Shakespeare’s time, particularly in making theater a “great equalizer.”

He also emphasized the importance of Rusche’s collection of postcards to the exhibits: as a popular form of communication during Shakespeare’s time, postcards made Shakespeare a household name, and his works became accessible to everyone, not just the elite class.

Cavanagh also hopes the “Year of Shakespeare” will have interconnections that will “appeal to as many constituencies in the University as possible,” citing collaborations with actress and director Kelly Hunter, who introduces autistic children to Shakespeare, to relate to the disability studies community.

Cavanagh also noted that there will be storytellers leading family workshops, a Shakespeare Association of America meeting and a book discussion series at the Carlos Museum.

As the director of the World Shakespeare Project and the Fulbright-Global Shakespeare Centre Distinguished Chair for 2015-2016, Cavanagh also pushes discussion about Shakespeare with students and faculty internationally. She is excited to brainstorm literary projects that can appeal to such diverse audiences.

The programs and events will also aim to allow students to connect with the folio firsthand.

Theater Emory will run performances from March 31 through April 10 in the Mary Gray Munroe Theater of both all-male and all-female versions of Shakespeare’s “As You Like It.” It will also host a Shakespeare Anniversary Celebration on April 23 in areas outside the Schwartz Center for Performing Arts, a 12-hour festival incorporating performances and discussions of the plays.

“To me, it seems as though this is a really great opportunity to use Shakespeare as a way to engage Atlanta with Emory and to get students and faculty thinking about Shakespeare in ways that hadn’t previously been thought about before,” Cavanagh said.

Oxford College of Emory will also have the opportunity to experience the “Year of Shakespeare” through a sampler of these exhibits on the Oxford campus, according to Dixson.

“The exhibits will show the significance of preserving [Shakespeare’s] works and give people the opportunity to see how he’s part of our language, our expression,” Dixson said.

Emory Libraries is also in the process of planning other exhibits for 2016 and early 2017, including “A Goodly Commodity: Shakespeare in Popular Culture,” which will examine the shift of Shakespeare from being a symbol of popular culture during his own life to a symbol of the literary elite today; “Othello: The Moor Speaks,” which will draw upon archival materials from the Stuart A. Rose Manuscript, Archives and Rare Book Library to present how Shakespeare’s plays promoted African American actors and reflected upon the idea of racism; and “Shakespeare’s Artists’ Books,” which will examine bookmaking as a medium for artistic expression. 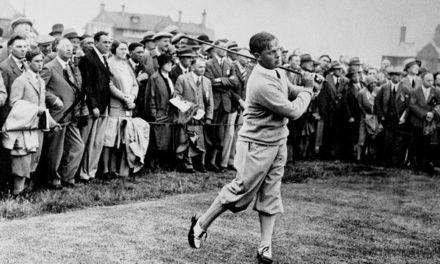 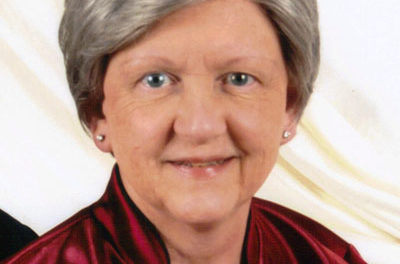