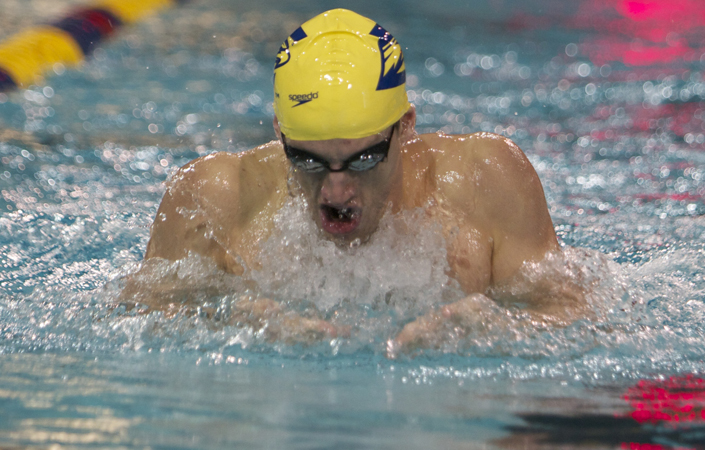 Rising Emory senior Andrew Wilson came in 3rd place of the finals of the 200-meter breaststroke competition at the US National Swimming Championships on Monday, beating out 22-time Olympic medalist Michael Phelps. Wilson clocked a time of 2:10.35, slightly longer than his preliminary 2:09.84 time, which had seeded him 1st in the race.

“This puts him in the top-20 swimmers in the country,” said Jon Howell, Wilson’s coach at Emory. “This is uncharted territories for a D-III athlete.”

The Eagle won the national championship in the 100-meter breaststroke with a time of 59.65 seconds on Aug. 6.

“He wasn’t even our top recruit,” Howell says. “But he’s gotten better and better every single year, it’s astounding. He is who he is because of his work ethic and determination.”

Wilson has been training at the University of Texas this summer and is debating whether to devote his 2015-16 school year to training for the 2016 Olympics or to return to Emory to finish school.

“Wilson is deciding if he wants to take a gap year and train for the Olympics, but his plan as of now — as far as I know — is he’s not considering transferring,” Howell said.