Emory Students, Take Care of Yourselves 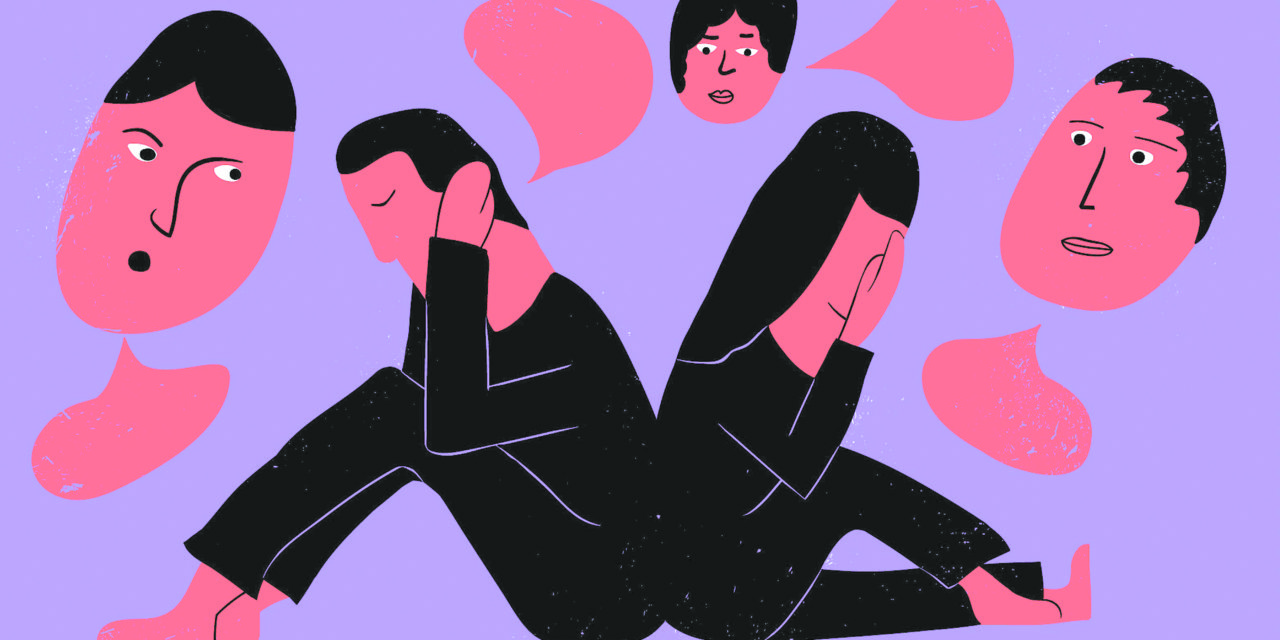 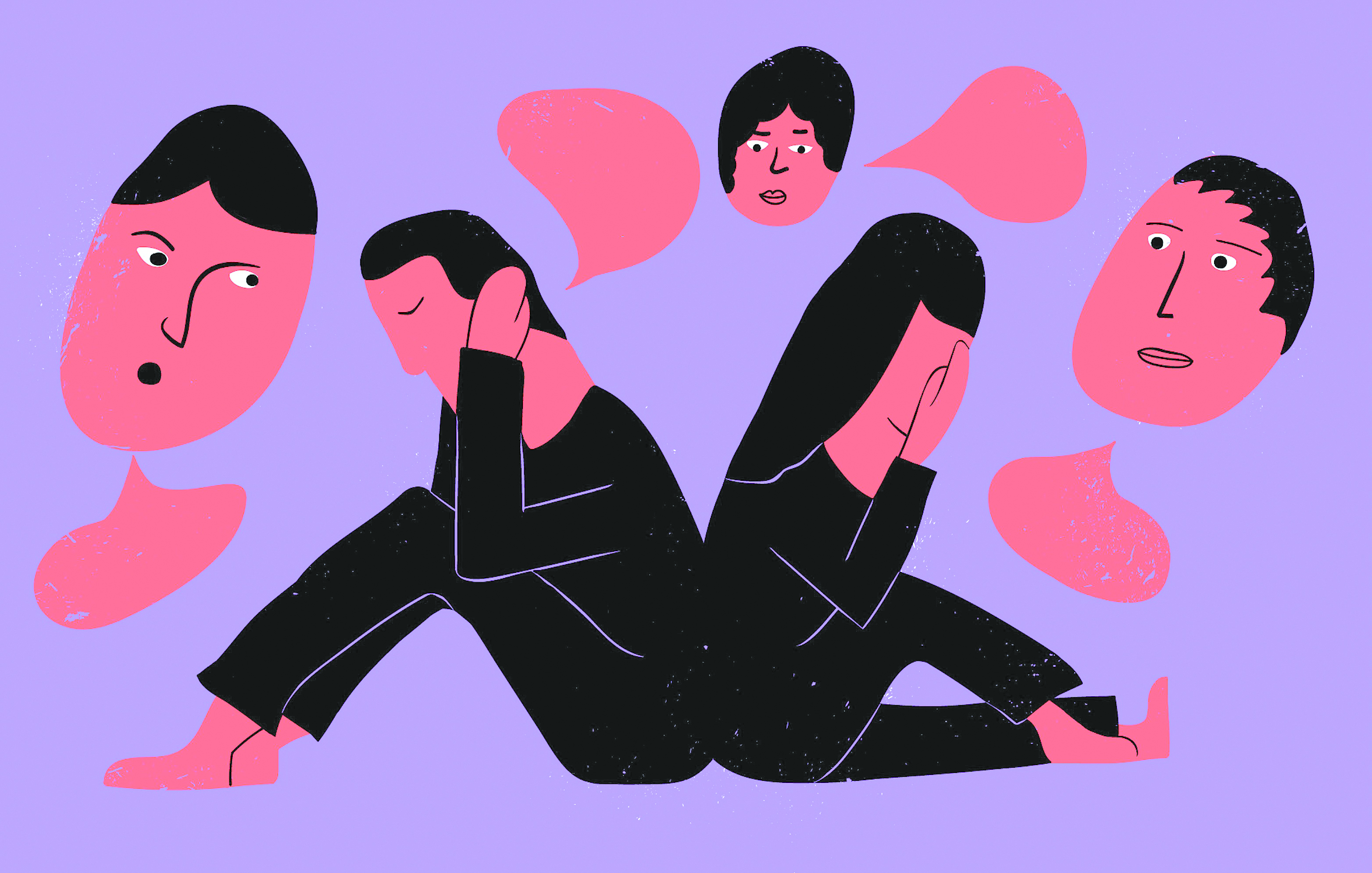 Content Warning: This op-ed discusses issues of self-harm and suicide.

I started writing this piece a little over a year ago. It was the day after I was found on the floor of my single dorm in Harris Hall by a Student Intervention Services (SIS) team member and two Residence Life employees. I had called the emergency SIS number in distress after I slit my left wrist three times with fragments of a glass bottle that I had broken in my room’s sink. With tears in my eyes, glass still in hand and the SIS member’s arm draped over my back, I was rushed over to the nearby emergency room at Emory University Hospital. It was only a three-minute walk away.

Emory employees and doctors rescued me after the University broke my spirit.

I was full of anger and contempt when I started writing this piece. The original pitch was to write a screed on how the University does not care for its students’ mental health, does not effectively fund Counseling and Psychological Services (CAPS) and refuses to acknowledge that there are deep-seated problems at the core of the school’s demands of peak performance at all times from young, ambitious students. It is not uncommon to hear students complain about poor sleeping and eating habits, using drugs as a coping mechanism and intense imposter syndrome. That is an institutional failure.

Nonetheless, today, I write this piece — not to Emory administration, faculty or staff — but to my peers.

I write this piece to students like me whose hearts race when a Canvas notification appears on their phone, laugh off jokes about committing suicide and wake up every morning to put on an appearance of happiness, all the while papering over their declining mental health.

After a year of reflection, I come to you with a simpler message: take care of yourself, even while it feels like everything — including the school you attend — is against you.

As you start your college career, you can easily forget your own worth. Many young people suffer from imposter syndrome, or the overwhelming feeling of being in a room full of people who are much more qualified.

I remember the day I got into Emory, it was my birthday. Days after recieving my acceptance letter, the imposter syndrome started to agitate. I rushed to my college counselor for answers: what if I am not good enough? Did the admissions counselor see my last name and mark it special? Her response was to remind me that my logic made no sense. To reach this point, I had to spend four years curating a stellar academic profile and clear the hurdle of a 21 percent acceptance rate. The school does not accept students out of grace but out of a fierce competition with other institutions for the best and brightest. In the eyes of the University, every student walking on campus is a prize trophy of said competition.

Regardless, students still experience drastic changes to their psychological functions in the first two years of college. According to a study from Loyola University Chicago (Ill.), students experience decreased self-esteem and increased depression, anxiety and stress from starting this new phase in life. A report from the Society for the Study of Emerging Adulthood supports this hypothesis, finding an increased risk of developing depression and related symptoms for university students.

Making self-care not only a healthy practice, but also a necessary one.

Another study shows that there are associations between sleep and anxiety symptoms in emerging adults. Spending every night and day constantly thinking about your social status and GPA is bound to lead to a loss of sleep. One easy way to boost your mental health is to prioritize sleep. Limit your alcohol and coffee consumption so you can enjoy a restful eight hours every night.

You can also boost your mental health by not trying to fight your battles alone. Last April, I could not stop thinking about my failing grades. After failing a class the year prior, my GPA was in danger and I needed to do well on all my finals or risk academic probation. My immediate response was to become a shut-in, lock myself in my dorm and work countless hours toward high exam scores, but this only exacerbated my mental health problems and made me feel isolated.

There is a proven link between loneliness and increased mental health problems among students. One way to mitigate a crisis of loneliness is for the community to band together and demand more inclusion, friendship and warmth toward our friends, peers and strangers. Individual suffering to be aided by collective love. “It takes a village” is not only an old adage; it’s also a truism.

When I was at my lowest, my mind started to wander and contemplate death instead of confronting failure. Studies show i’m not alone, one in five college students in America have considered suicide. This is a mental health epidemic, and it’s up to institutions, workplaces and colleges to help young people with what they are going through.

Unfortunately, there are many horrific stories of colleges falling short of their obligations. In Katie J.M. Baker’s seminal Newsweek piece, “How Colleges Flunk Mental Health,” she documents several accounts of students facing mental health problems and their respective colleges doing their best to sweep it under the rug. One student at Princeton University (N.J.), Dan, attempted suicide and was hospitalized. The day after leaving the hospital, an administrator told his parents that Princeton had banished him from campus. Dan was punished by his college for harming himself. Any institution with policies that interfere with struggling students’ pursuit of education should be named and shamed.

Luckily, my experience with Emory’s services was more pleasant. With assistance from the Center for Student Success and Services, I was able to finish the semester, go on medical leave and transition into the summer with less stress on my back. If students are unaware of that office, Emory should do a better job of advertising its functions. Even for students who are not experiencing crisis periods, it is useful to have a University official walk you through how to schedule your week.

A good step forward is that the University is hiring five additional mental health counselors, increasing the number of clinical staff to 16. Notwithstanding, Emory would do well to closely examine the resources it commits to mental health care, as the University is seriously lagging behind peer institutions. An assessment of peer universities and colleges shows that Emory lands in 17th place out of 21 for number of clinical staff. This is only one measure but it’s an indicator for how much an institution cares to put into mental health services.

Maybe the next multi-million project the University should announce is a serious investment in the mental health care of its students, bringing us up to parity with institutions such as Stanford University (Calif.) and the University of Pennsylvania, which have more than double the amount of clinical mental health staff as Emory.

However, you cannot rely on an institution alone to protect your interests. For Dan, Princeton kicked him out because he was a liability. For me, there is a reason my academic advisor’s first recommendation was medical leave — the quicker I was off campus, the culpability of the University for my poor mental health would drop. I am thankful for the help that I received, but I am not naive to believe that the University doesn’t have its own interests, separate and contradictory to mine.

Emory is not the reason I survived the past year. In the words of Esmé Weijun Wang, who wrote about her experiences with Yale, “I owe [Emory] nothing. I recycle the donation requests … without opening them. Same goes for the alumni magazines.”

When I was laying on my floor last April, I could not imagine how happy I would be to be alive and participating in school again. At the time, all I saw was despair. Today I am much more optimistic about my future. I climbed out of that hole with a lot of personal strength, but I couldn’t have done it without help from my friends, parents, kind and gracious administrators and professors, a lot of therapy, sertraline, prazosin and quetiapine.

In a perfect world, universal health care would pass and every person would have access to the same services that I received. That is not our reality. A grim fact is that most people who experience severe mental health problems are thrown to the wayside and never recover.

But in this reality, I can only hope that every Emory student understands these problems and responds by taking care of themselves.

If you feel like the institution does not care about you, remember that you’re probably right. But you’re not unique in that feeling, I felt that way and so does the stranger sitting across from you in class. That is where real solidarity is formed: knowing this fact and still pledging to take care of each other in the face of cruel indifference.

If you’re planning a suicide or having suicidal thoughts. Please call the National Suicide Prevention Hotline: 1-800-273-8255