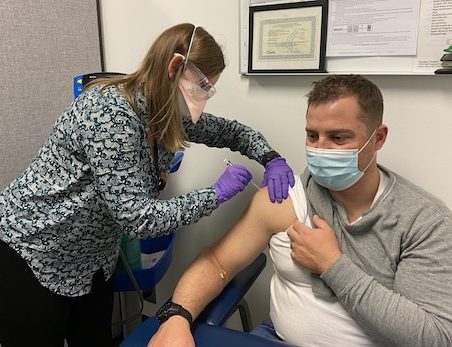 The School of Medicine began to enroll participants in Novavax, Inc.’s Phase 3 trial of a coronavirus vaccine on Dec. 28. Participants are being enrolled at the Ponce de Leon research site at Grady Memorial Hospital.

The trial seeks to enroll about 300 participants in the Atlanta area, according to Colleen Kelley, associate professor of medicine in the Division of Infectious Diseases at the School of Medicine and the principal investigator of the trial. In total, the trial aims to enroll 30,000 participants across the U.S. and Mexico.

Unlike the Pfizer and Moderna vaccines, which were authorized by the Food and Drug Administration (FDA) in December and utilize messenger RNA (mRNA), the Novavax vaccine is made of a protein that mimics a protein found on the surface of the coronavirus called the spike protein.

Like the Pfizer and Moderna vaccines, the Novavax vaccine will require two doses, three weeks apart.

Novavax engineered the protein by isolating the genetic sequence encoding the spike protein and inserting the sequence into the genome of a host virus. The host produces the spike proteins which are then bound together to form nanoparticles that ensure the body is exposed to sufficient amounts of the spike protein. The purification and the assembly of nanoparticles is a time-intensive process, which is why the Novavax vaccine has taken longer to reach the clinical trial stage than the mRNA vaccines.

“It’s similar to the tetanus vaccine or the Hepatitis B vaccine or other vaccines that are familiar to people,” Kelley said. “This is the approach that is traditionally taken in vaccine development, whereas the Pfizer and Moderna vaccines are cutting-edge new technology messenger RNA vaccines.” 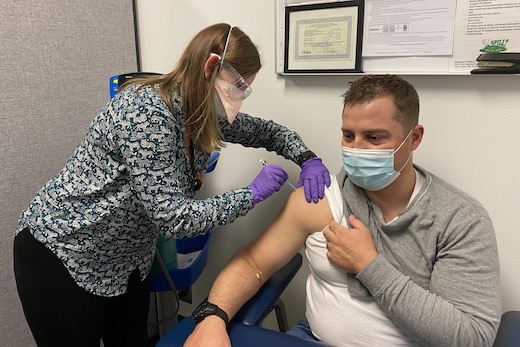 The trial is open to adults above the age of 18 who are “at elevated risks for COVID infections,” including people who work everyday or live in congregate settings, as well as people older than 65 with underlying conditions.

“In all the trials, it is important that people that are most likely to benefit most from the trial get the opportunity to enroll,” Kelley said. “We also want to make sure that Black and Latinx people as well as Native Americans … have the opportunity to join the trial as well.”

The final stage of the trial began after results from Phase 1 of the trial, which began in May, were published in the New England Journal of Medicine on Dec. 10. Phase 1 trials demonstrated the vaccine was effective in stimulating the immune system to produce antibodies against the virus.

Phase 2 of the trial began in August with 2,900 people in South Africa and results are expected to be published early this year.

Kelley said initial results were promising, with reason to believe the vaccine will be as effective as those made by Pfizer and Moderna.

If the vaccine proves to be effective in the Phase 3 trial, it will likely be available to the public in four to six months. Enrollment will take around two months and the FDA recommends that data about the safety of the vaccine be gathered over a period of two months after the second dose is administered. The second dose will be administered 21 days after the first dose.

“That’s something important to know when we think about distributing vaccines to places that are a little bit harder to reach,” Kelley said. “It will be easier to do that with vaccines that don’t require freezing temperatures.”