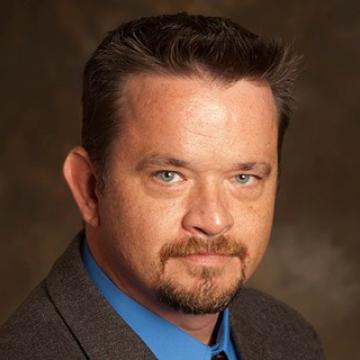 Theodore “Ted” Rodgers is remembered by his colleagues and family as a remarkable professor and caring father.

Theodore “Ted” Rodgers, a Goizueta Business School associate accounting professor who joined the school in 2010, died July 18 after battling cancer. He was 50.

The late professor is remembered by family members and colleagues alike for his caring nature, authenticity and generosity.

“It’s not everybody who can say that their dad is one of their best friends and also somebody who helped them get their career on track early on in my professional life, help me navigate childhood into adulthood,” said Patrick Rodgers (22B), Ted Rodgers’ son. “He was always there to offer advice, never force it on you. He was really good at being who you needed him to be. He could find a way to fill whatever role you needed him to.”

Born in Atlanta on Jan. 2, 1971, Rodgers is survived by his wife, Michele Rodgers, and his two children, Bailey Rodgers (20C) and Patrick. A memorial service in celebration of Ted Rodgers’ life was held at Glenn Memorial United Methodist Church in Emory Village on July 24.

In a statement to the Goizueta Business School, Michelle Rodgers expressed the professor’s appreciation for his colleagues and the University.

“Ted loved Emory so much,” Michelle Rodgers wrote. “Please let everyone there know that they were a hugely important and formative part of his life. He was immensely proud to be a part of the Emory family.”

In his eulogy at his father’s memorial service, Patrick Rodgers described his father as a man who defied conformity.

“He wasn’t just a father to me,” Patrick Rodgers said in his eulogy. “He didn’t fit the mold of ‘just a thing’ anywhere. He wasn’t just a punk rocker who worked his way from pouring concrete after high school to becoming a professor of accounting at Emory University. He wasn’t just the marathoner who was dedicated to going to Boston but would smoke a huge Cuban cigar after every run over 20 miles to celebrate.”

Patrick Rodgers recalled that when he was 13, he had a dream to become a professional skateboarder. Upon hearing this, Ted Rodgers resolved to help his son create a halfpipe in their backyard, teaching him how to build, budget and plan a project.

“There were a lot of small lessons in there that he taught me while I was just having the time of my life building this halfpipe, which, after the fact, I may have used it a grand total of 20 times, because I ended up getting pretty hurt every time I got on it,” Patrick Rodgers said. “He didn’t care about that. He wasn’t like, ‘Why aren’t you using the halfpipe more?’ No, he was like the point was to build it. The point was all the lessons that he taught me through that.”

Interim Goizueta Business School Dean Karen Sedatole also spoke about Ted Rodgers’ tendency to be a maverick, pointing to his role as a family member, LGBTQ+ ally and ‘cigar aficionado,’ among other labels.

“Professor Rodgers was a remarkable person,” Sedatole told the Wheel. “I’ve never known a faculty member who loved teaching more than Ted Rodgers. His brave battle with cancer has come to an end, but his strength, optimism, sense of humor and passion for teaching will forever be his legacy.”

Associate Professor of Accounting Jan Barton said that ever since he first saw Ted Rodgers wearing his Dr. Martens boots to campus, he was a “huge fan.” Barton recalled the professor sticking a “safe space” sticker outside of his office door, a message to let people of all identities know they were entering a supportive and welcoming environment.

“Ted would not only remember the names of my husband and son, but we would frequently trade family stories,” Barton said. “He was a sweet man. He was also hugely passionate about teaching, and his students just adored him. Even as his cancer treatments became more frequent and taxing, he kept showing up for class and engaging with students. He was a teacher to the end. He taught us about integrity, class, grit, humor and love.”

In lieu of flowers, the Rodgers family asked friends and family to honor Ted Rodgers’ life by donating blood, because he relied on blood transfusions during his battle with cancer.

Assistant Professor in the Practice of Accounting Allison Kays called Ted Rodgers “a phenomenal colleague and such an asset to Goizueta,” and recalled his support during her first semester teaching at the business school.

“Despite all of the emotional and physical effort that went into battling cancer, he always prioritized his students,” Kays said. “He loved teaching, he loved his students and they loved him.”

In his honor, several of Ted Rogers’ colleagues and friends plan to launch a blood drive. While a date has yet to be decided, they said the drive will most likely occur in fall 2021 or 2022. 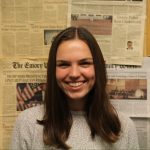 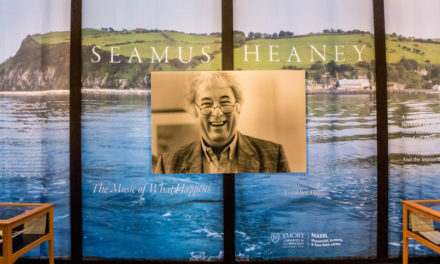