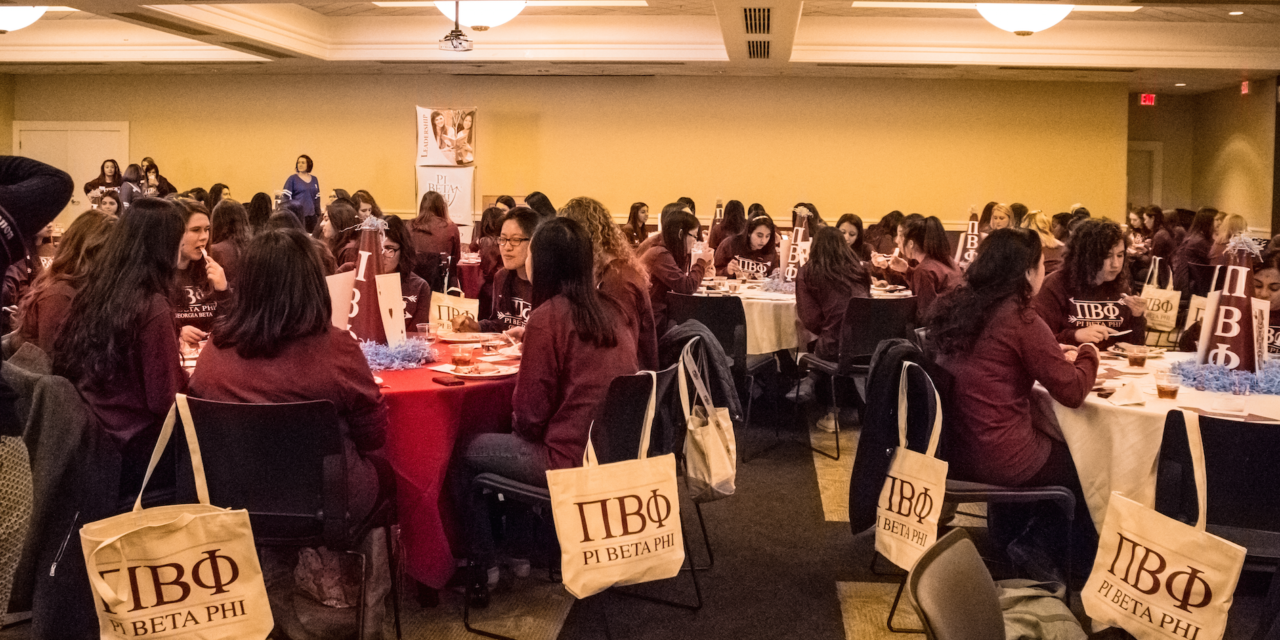 The organization, which, according to its website, seeks to “promote friendship, develop women of intellect and integrity, cultivate leadership potential and enrich lives through community service,” was selected in Spring 2015 to join Emory’s Greek Life following a process organized by EPC to add another sorority to the existing seven already on campus. Furthermore, because of a vacancy in the Sorority Village, Pi Phi will be occupying the currently empty H Lodge following an installation ceremony later this semester so as to allow members to move in for the next academic year.

In an email to the Wheel, Pi Phi Resident Leader Development Consultant (LDC) Nicole Ballou wrote that “the [EPC] chooses who they would like to colonize their campus” and that the organization chose to expand to Emory because “campus growth opportunities complement Pi Beta Phi’s academic, social and philanthropic mission.” Ballou also confirmed that the organization would make H Lodge its home.

Pi Phi began its outreach process during formal sorority recruitment, hosting a presentation on the first day of rounds. College freshman Mehvish Khan said that she found Pi Phi’s outreach efforts and the sorority’s national reputation particularly effective in generating interest for her and that those factors led to her asking friends at other schools about their experiences. “I have many friends in Pi Phi around the country that I knew from [high school, who] only have good things to say about it,” Khan said. “When I heard their stories, they really resonated with me.” While she did receive a bid from another sorority, Khan decided to decline the bid and pursue the recruitment process for Pi Phi.

The sorority’s outreach efforts continued outside of formal sorority recruitment rounds. Students who had rushed in years past but decided not to join a sorority learned of the colonization efforts in an email sent out several days before the beginning of Pi Phi’s rush process. College senior Kelsey Pinkerton was one such student who, in her sophomore year, dropped out of the recruitment process because of a concussion. “I decided that [my sophomore year] was not the time for me because of a concussion at the same time,” Pinkerton said. “Getting the email last Tuesday was [a sign] to me that [I could be a part of] bringing in a new sisterhood on campus.”

The prospect of starting the organization from the ground up also appealed to other new members. “Getting to make something how you want to make it — it’s a blank slate — is a great opportunity [for showing and developing] leadership,” Khan said.

Pinkerton noted that the others participating in the recruitment process were notably invested in the process. “[What stuck out most to me] was how focused all the other [women participating in rush] were,” Pinkerton said. “We all had this idea in common that we want to be the foundation of something that can be great for this organization.”

The rush events took place over a three-day period, from Friday, Feb. 12 through Sunday, Feb. 14, using a system in which small groups met with the LDCs from the national organization and then in the last round with members of the University of Georgia chapter of Pi Beta Phi. Bids were extended to prospective members on Sunday, and all those who were offered bids accepted.

Several students mentioned hopes of further expanding the current pledge class before the end of the semester. When asked, the national organization confirmed that the group would be extending bids over the upcoming weeks, as they are able to accommodate more students. It wants to offer the opportunity to the “women who missed out on [colonization weekend] for various reasons.”