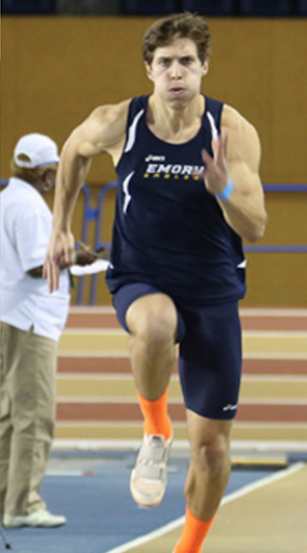 The men’s team competed hard, but in the end fell in a narrow margin to Washington University in St. Louis (Mo.) by two points. Coach John Curtin was proud of his team’s performance, and explained the disappointing nature of the result.
“The loss for the guys was a real gut-punch,” Curtin said. “They competed their guts out and it was unfortunate that it came down to a 4x400m relay where we were in a different heat and unable to run head to head for conference title. It was absolutely amazing that our guys [senior] Spencer Koh, [junior] Kyle Veator, [junior] Ian McIsaac and [sophomore] Dan Pietsch were able to break the conference record running alone in the first heat with no competition, and to have it broken in the next race, which was the difference in the track meet, was a tough pill to swallow.”

The men’s 4x400m relay team posted a time of 3:19.17, which was the second fastest time in school history, and narrowly lost to the Wash U team by .16 seconds. Pietsch also won the 400m dash with a time of 47.76, breaking his own school record and setting a UAA conference record in the process. Sophomore Shane Sullivan also set an Emory record with his second place finish in the 3,000m run, clocking in at 8:34.57. The Eagles had several additional strong performances in running events, coming from senior Lukas Mees and sophomores Benjamin Rogin and Jasper Rubin-Sigler, who posted a trio of third place finishes in the 3,000m run, 60m hurdles and 60m dash, respectively.

Senior Max Hoberman defended his UAA triple jump championship from last year, winning the event with a jump of 14.40m, and added a second place finish in the long jump. Sophomore Charlie Hu took second place behind Hoberman in the triple jump, posting a measure of 13.68m, and senior Jacob Siegel placed third in the shot put with a throw of 13.71m.

The women’s team, led by a first place finish in the triple jump from Senior Alex Aiello, finished in third place as a team, behind Wash U and the University of Chicago (Ill.).

Aiello added to her first place triple jump of 11.07m with a second place finish in the long jump, with a jump of 5.34m. Senior Julie Williamson set a school record in the 800m run with a time of 2:12.40 on her way to a third place finish. Two additional school records fell at the meet, the first coming in the 3,000m run, Aileen Rivell’s third place time of 10:02.94 broke her own record from earlier in the season. The women’s 4x400m relay team of freshman Dilys Osei, freshman Ariana Newhouse, sophomore Erica Goldman and Williamson ran a time of 3:51.35 that took third. Other strong performances came from Goldman, Osei and freshman Dani Bland, who took second place in the 400m dash, 200m dash and 60m dash, respectively. Osei added a third place finish in the 60m hurdles, and sophomore Julia Leventhal finished closely behind teammate Bland in the 60m dash to place in third. Sophomore Kora Dreffs placed second in the shot put with a throw of 11.96m, the second best effort in Emory history.

When asked about impressive individual performances at the meet, Coach Curtin focused on the overall performance of both teams, sharing his pleasure with the strength in depth they displayed.

“They were all most too many [strong performances] to mention. [The] triple jumpers winning conference titles was tremendous,” he said. “What’s really cool was we finished two points out of conference title, scored over 90 points on the women’s side and only had two champions for the men and one for the women. It reaffirms what a great team effort we had and 21 kids earned all-UAA honors.  Every member of our team chipped in, earning a place here, a place there. I have to give credit to the team, which is a true team in every respect.”

The teams will travel to Stevens Point, Wisconsin to compete in the final meet before the national championships in an effort to qualify as many athletes as possible. Qualifying members of the team then will compete in the NCAA Division III Indoor National Championships on March 11 and 12.

After the conclusion of the indoor season, the team will transition and prepare to compete in outdoor meets. Curtin feels that the results from the indoor season will serve as ample motivation for a team he expects big things out of as they move outdoors.

“I want all these kids to remember what it felt like walking away yesterday, coming that close and letting it get away,” Curtin said. “We’re going to remember that and use it as motivation to get ready for outdoor season. I have faith in the team and that the team will make a good transition to outdoors, as the events added suit the strengths of our squad.” 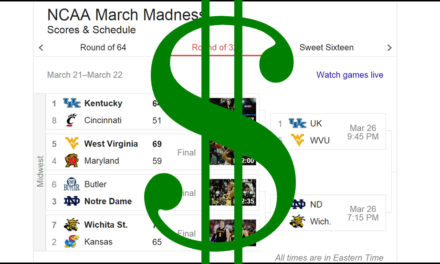 The Truth Behind March Madness

The Hate Within the World’s Most Beloved Sport 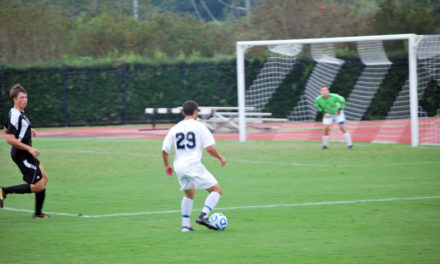