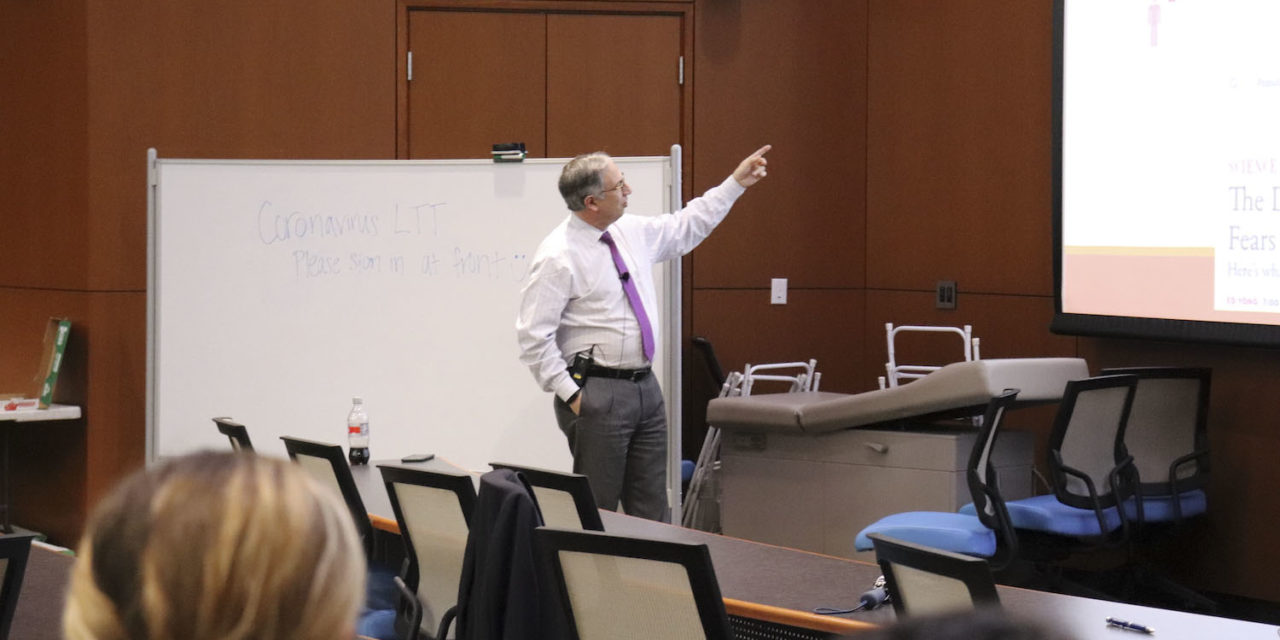 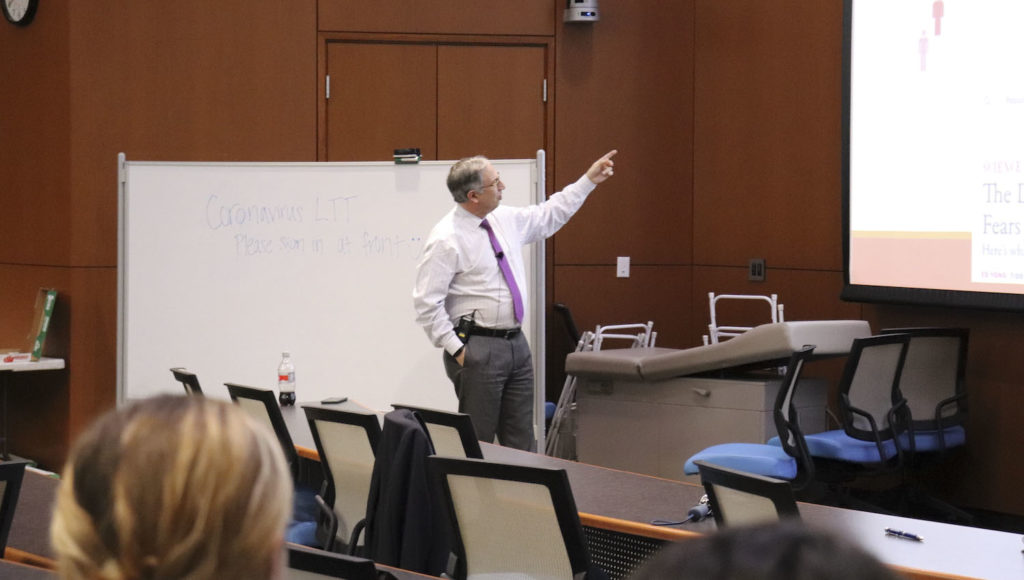 Del Rio, a professor of infectious diseases at Emory School of Medicine and Rollins School of Public Health, said that this was the first epidemic to occur at a time of prolific use of social media, which has facilitated the rampant spread of “fake news” on the topic. Mehta, who also studies infectious diseases, chimed in by saying that their jobs as educators compel them to “bring hysteria down.”

Coronaviruses are primarily spread through bats, which can carry the disease without being affected. According to del Rio, China is a “hot spot” for bat-borne coronaviruses to emerge. The medical community’s current hypothesis is that the COVID-19 path of infection moved from bats to the pangolin, an animal that is illegally traded in China for medicinal purposes, before reaching humans.

Wuhan, China, where COVID-19 originated, is conducive to escalation because of its central location.

“[The Chinese] say that it’s the Chicago of China,” del Rio said. “It’s in the center of the country and [is] a very important economic and transportation hub.”

As of Tuesday, there are over 75,000 confirmed global cases and 2,009 deaths. That being said, the professors gave praise to the Chinese government for the fact that 98 percent of the cases have been contained to China.

“The Chinese have done an incredible job of closing cities, limiting travel, trying to keep it [contained],” del Rio said.

The professors examined the potential of the epidemic to inflict a large-scale economic impact.

“The biggest problem with a pandemic is an economic impact on the world,” del Rio stated. “I really think the world economy, if this does not stop soon, is going to go into recession because China is such an important component of the economy.”

Del Rio and Mehta cited past examples of economic downfalls that have followed in the wake of widespread infectious diseases. In 2009, the Mexican economy took a significant hit because of the impact of swine flu. In 2015, a super-spreader, or a person who spreads an infectious disease from one place to another, spread MERS from the Middle East to South Korea through air travel, which forced schools and hospitals to shut down for weeks and caused the Korean tourism industry to lose $2 billion.

“Want to go to China? Wait a couple of months, and they’ll be great deals,” del Rio joked.

The professors finished by saying that the medical community is currently working to combat COVID-19 by improving on antiviral therapy, identifying super-spreaders, pinpointing causes and origins, and actively researching a vaccine.

Gabriella Lewis (23C) is from San Francisco, California, majoring in political science and women, gender, and sexuality studies. Outside the Wheel, she is involved with the Residence Life and voting rights at Emory. She also enjoys national parks, eating ramen and telling people she's from California.