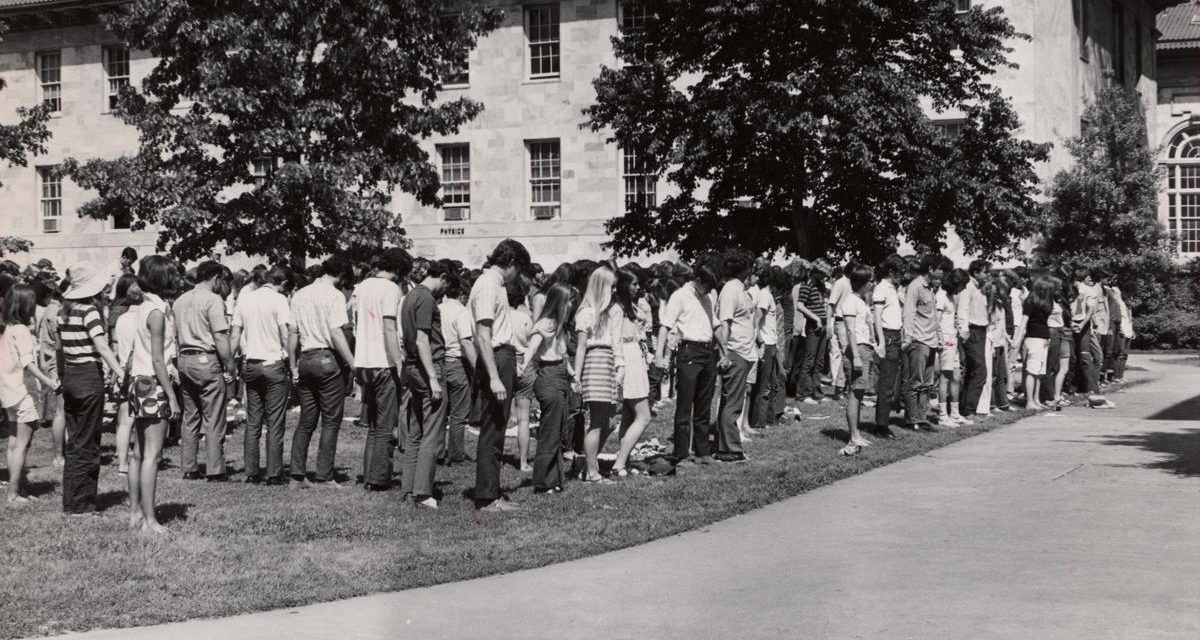 The web-based application integrates the history of Emory’s campus to create both a physical and virtual tour of Emory for all audiences.

“We wanted to make a tool that would be useful to any visitors, whether they were prospective students that are just visiting for the day or they are Emory alumni, so they can easily find their way around campus and also be able to learn something new,” Strandmark said.

He and postdoctoral fellow Anne Donlon developed the web-based application with OpenTourBuilder software.

Through Google Maps, the mobile-friendly app offers turn-by-turn directions to 14 stops on Emory’s campus spanning from the Haygood-Hopkins Memorial Gate to Dobbs University Center (DUC). The tour is estimated to take less than an hour and can be found online.

“The app is really interesting and informative,” College freshman Maya Subbanna said. Subbanna admired the number of people interested in the history of the campus.

The introduction of the app was followed by a discussion by four historians and researchers on archives pertinent to Emory’s growth and development as a campus.

Pieces of their discussion and more can be found on the tour at each landmark. Videos by members of the faculty supplement the text and pictures at select landmarks. The Quadrangle, for example, has pictures from Vietnam War protests at Emory that urged University President Sanford Atwood to send a message to President Richard Nixon to withdraw American troops from Vietnam.

Vice President, Deputy to the President and historian Gary Hauk led the series by presenting a collection of letters by Asa Candler, a significant leader and benefactor during the early development of Emory.

The majority were letters from Candler to his sons regarding their inattention to their education and showed the relationship Candler had with his sons. The letters revealed “new insights into the Candler family” as they helped build Emory’s campus, according to Hauk. The family’s influence on the campus is addressed in the tour, particularly at the Candler Library and the Woodruff P.E. Center.

Hauk also included in his collection the famous letter from former University President James Dickey to Ernest Woodruff respectfully kicking his son, Robert Woodruff, out of Emory. There are also records of continued communication with Robert Woodruff as he became successful as president of Coca-Cola and contributed back to Emory, Hauk said.

“I realized that the distinguished history of the Emory Clinic is not well known and should be,” Sally Wolff-King, senior editor of health publications at the Emory Clinic and adjunct faculty at the School of Medicine, said. She showed photographs of the plans and development of the clinic as well as the physicians who created it.

Leslie Harris, associate professor in the Department of History, and College senior NaVosha Copeland concluded the panel with a discussion about racial integration in early campus life.

Using photographs and letters to and from Atwood, Harris and Copeland traced the history of integration and the Black Student Alliance (BSA), and how both influenced policies on campus today. At tour spot No. 9, Cox Hall, the history of the organization is addressed.

OpenTourBuilder was funded by Emory Center for Digital Scholarship (ECDS). Alongside the Campus History Tour launch, ECDS is offering OpenTourBuilder workshops for anyone to learn how to build tours.