Emory Is Not an Environmentally Friendly Institution

When I first arrived on campus this year, I was pleasantly surprised by Emory’s active effort to communicate their climate goals and the presence of recycling and composting bins in lieu of trash cans.

Despite such measures, Emory is far from being entirely environmentally friendly. Emory maintains close ties with the mass-polluting Coca-Cola Company, and the University’s Board of Trustees is filled with oil and natural gas executives. Can real environmental progress come from an institution that’s so friendly with mass polluters?

At first glance, Emory seems to be doing a phenomenal job in taking care of the environment. They diverted 70% of waste from landfills in 2018, created 3.6 million gross square feet of Leadership in Energy and Environmental Design-certified space and are on track to become completely carbon neutral by 2050. Emory has also created or modified over 400 courses related to sustainability. This work has not gone unrecognized: Emory has won several awards in recent years, including the International District Energy Association Innovation Award in 2018, the Campus Sustainability Achievement Award in 2018 and the Outstanding Institutional Recycling Program award in 2019. It’s hard to think of anything else that the University could do to become more environmentally friendly.

But Emory’s devotion to the environment is not as deep as their climate initiatives make it seem. The most obvious evidence is their close relationship with Coca-Cola. Ever since Coca-Cola founder Asa Griggs Candler donated a million dollars in 1915, along with the land that Emory University currently stands on, the two institutions have been inextricably linked. Former CEO of Coca-Cola, Muhtar Kent, sits on the Board of Trustees, and each year Oxford and Emory students alike share a celebratory bottle of Coca-Cola during Convocation.

Unfortunately, Coca-Cola does not boast a strong track record of protecting the environment. They have been accused of ignoring environmental commitments to increase the amount of recycled plastic in their products, sued for lying about how recyclable their bottles are and named the top polluter in the world in 2019. That a university like Emory flaunts both their commitment to the environment and support from Coca-Cola is hypocritical to say the least.

The Emory Board of Trustees, which governs the University through policy and finances, is also filled with many environmentally dubious names. One of the worst offenders is Stuart A. Rose, founder of ethanol and natural gas producer REX American Resources Corp. and board member of Utah-based Enefit American Oil. Andrew W. Evans, the former CEO of Southern Company Gas, which is the largest natural gas distributor in America, also sits on the Board. In addition, John G. Rice and Steven H. Lipstein have questionable connections with companies like General Electric Company and Ameren. These people and their organizations have caused immense harm to our planet, yet they serve on the Board of Trustees of the supposed environmentally conscious Emory University. How much influence do these characters have over our beloved University and our supposed environmental goals?

Still, it’s worth reminding ourselves that despite these glaring flaws, Emory is helping the environment in many ways. The direction Emory and other universities take in reaching carbon neutrality can shape how the rest of the world acts. Emory teaches its students ways to care for the environment, and those students will go on to lead institutions and countries to do the same. But this is not enough.

No matter the climate goals Emory completes, it would not make up for the sins of those sitting on the Board of Trustees. If Emory truly cares about the environment, it should cut ties with Coca-Cola and the natural gas executives on the Board. However, I do not expect this to happen. Without their influence and financial backing, Emory would not be the world-class university it is today nor would it have the same financial resources to support students. The foundations of the University are built off of the money made from harming the Earth.

This raises the question: can Emory, and society as a whole, do enough within the current economic and political institutions in place to save the Earth? Executives of harmful corporations exist in every institution, from our universities to Congress and the White House (regardless of the political party in power). It’s naive to believe real change can come while working within these structures. Large-scale change must happen soon if we are to avert environmental disaster, and even with earnest efforts, working within the existing structures will always be hampered by the influence of those who have made their money exploiting the Earth. 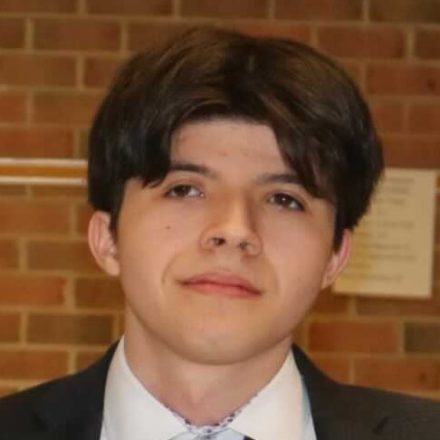 Martin Li (he/him) (22Ox) is from Rockville, Maryland, majoring in philosophy, and neuroscience and behavioral biology. Outside the Wheel, he is involved in the Oxford Chess club and Leftist Coalition.