On a good day, it takes eight minutes to drive and 48 minutes to walk from Emory’s main campus to the Toco Hills Shopping Center. And if you want to try MARTA, you’ll have to take two buses and walk for half an hour.

Public transportation in Atlanta is practically impossible for Emory students to use. Without a robust system, we are cut off from the city around us. Those interested in exploring the city must drive or use ridesharing services, increasing the city’s carbon emissions and notorious traffic congestion. It’s time for a change. Expanding MARTA by completing the Clifton Corridor line would allow Emory students to experience all that Atlanta has to offer while reducing the University’s carbon footprint.

But why is MARTA so inaccessible? As it turns out, the system was designed to be exclusive. In 1965, the Georgia Assembly voted to create MARTA, a transit system that would encompass Atlanta and the five counties surrounding it: Clayton, Cobb, DeKalb, Fulton and Gwinnett. Three out of these five counties voted against it. But the residents of those three counties weren’t against the concept of public transportation. They were against race mixing.

At the time, the suburbs were booming with white people leaving the city to avoid the Black population. Public transportation was an everyday occurrence where races would intermingle and it connected carefully segregated neighborhoods. In 1971, the Georgia state Senate voted that no more than 50% of state sales tax revenues would go toward operating MARTA, leaving public transit grossly underfunded. 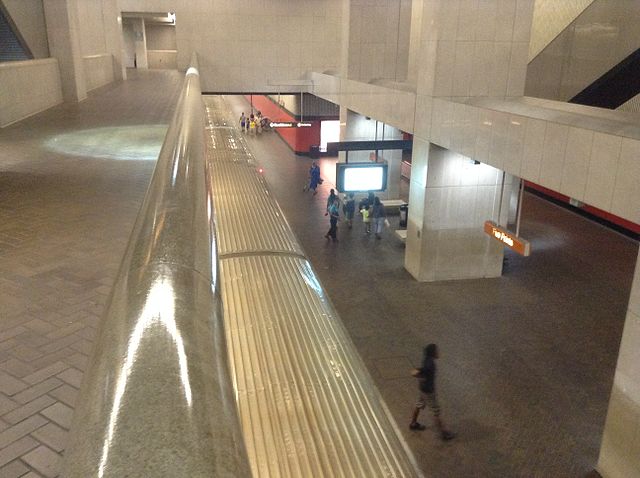 Throughout the 1960s and 1970s, MARTA was continually denied funding due to lack of support and, with the rise of the automobile, it declined into obscurity. Yet again, racial politics came into play. Wealthy white people who were able to afford the newest cars and high gas prices used Atlanta’s expansive freeways and roads while public transportation became the realm of working-class Black people. Racist suburbanites joked that MARTA stood for “Moving Africans Rapidly Through Atlanta.” With MARTA covering very little of Atlanta’s metropolitan area, highways were built in the areas MARTA stations were not. Half a century later, we still feel the impact of those early decisions. Fewer and fewer people used MARTA, and the fare cost grew from $0.15 in 1972 to $2.50 per ride today, yet another reminder of the failed public transit system that continues to this day.

Today, Emory promises prospective students four years in an Atlanta that is “rich with opportunity (and fun).” But this promise rings hollow if students cannot access flagship Atlanta experiences like Ponce City Market or the Georgia Aquarium without shelling out money for rideshare services. Atlanta is a wonderful city, but not if you don’t have a car or the resources to take advantage of the city’s venues. Instead, you end up stuck 20 minutes outside the heart of the city.

Poor public transportation has wide-ranging consequences on traffic congestion and the environment too, both of which extend far past the Emory student experience. Traffic wastes both time and money while drivers spend their time sitting in traffic jams instead of contributing to the workforce.

U.S. News reports that Atlanta is one of the worst cities in the U.S. for traffic, and Atlanta drivers lost 82 hours a year due to congestion in 2019. And the more private cars on the road, the more carbon emissions in the air. Ridesharing services emit 20% more greenhouse gases than driving your own car because of “deadheading,” which is the time drivers spend driving between ride requests. Public transportation would alleviate the stress of gas-burning vehicles on the environment.

Both the University and the Atlanta city council are capable of solving this issue. The University is in a unique and influential position to lobby for the lack of public transportation that affects its employees. Emory generates significant economic power, with about $14.8 billion in Georgia in 2019. Lobbying the City of Atlanta to address public transportation inequities is within Emory’s power and would help its employees and students. In turn, the Atlanta City Council can fix these problems by authorizing more money toward MARTA. Of special concern should be the completion of the Clifton Corridor, a proposed light rail line that would include stations at the Emory Conference Center and Hotel and North Decatur.

Both Emory students and the citizens of Atlanta would benefit from the line’s completion. With this increasing interconnectedness, Emory would live up to its claim that it is really a part of Atlanta.