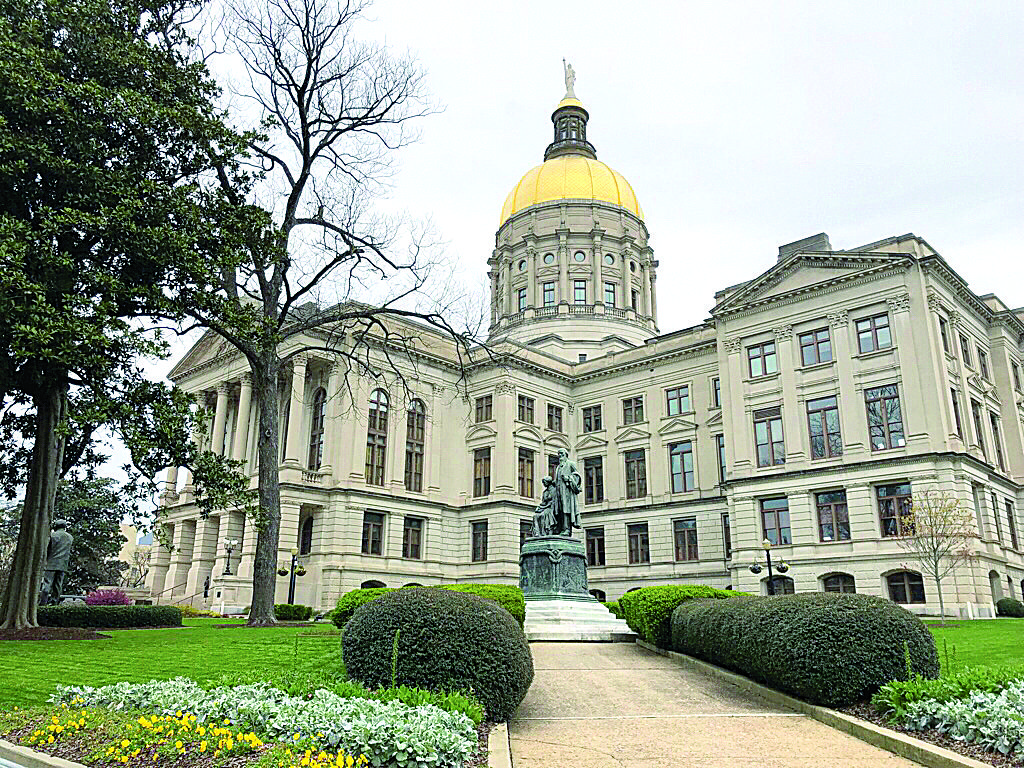 Emory’s lobbyists network with legislators and their staff at the Georgia State Capitol to advocate for Emory’s interests./Christina Yan, Asst. News Editor

Last year, Emory lobbied for “programmatic increases for NIH and other health programs and research agencies” and “student aid funding”; provided information to legislators about University endowments when the tax bill had a provision to tax University endowments; and advocated for legislation to undocumented students to legally remain in the U.S. after President Donald J. Trump’s administration announced it would rescind the Deferred Action for Childhood Arrival (DACA) program, according to U.S. Senate lobbying reports.

What 15 years ago was an office of three people has grown into a seven-person Office of Community Affairs, through which Emory aims to advocate for its interests in public policy. The Emory Wheel went behind the scenes with a few Emory lobbyists during a typical day at the Georgia State Capitol. The Wheel shadowed Emory’s Director of State Affairs Kallarin Mackey and Emory’s Assistant Director of State Affairs Hillary Thrower, both Emory employees at Emory’s Office of Government and Community Affairs specializing in lobbying at the state level.

“I have spent more time educating and advocating with legislators be they in the state of Georgia [or] D.C.,” Sterk told the Wheel in a March 1 interview, adding that she has met with the “full Georgia delegation.”

Sterk said that she spoke with lawmakers about protecting undocumented students, the importance of Pell Grants and federally funded research.

“[Emory has advocated] a lot about DACA students and ‘Dreamers’ … I haven’t given up,” Sterk said. “We spend a lot of money on financial aid — and we should — and that links to the excise tax. Do we give the money to the government to pay taxes or do use it to we continue to invest it in financial aid?”

Taylor emphasized the positive development that the increase in spending represented, saying that Emory was broadening its reach in areas of public policy.

“There were certain issues that I just didn’t get to [before with a smaller team],” Taylor said. “We are at the table a lot more now. … We’ve gotten smarter, more coordinated and just overall better at how we do our lobbying.”

In a March 5 email to the Wheel, Taylor wrote that she is working on advocating for the reauthorization of the Higher Education Act, which would “ensure strong and consistent funding” for items such as research and financial aid.

Composed of six lobbyists and an administrative assistant, the Office of Government and Community Affairs focuses on “promoting and protecting Emory’s missions during its interactions with elected officials and policymakers,” Taylor said.

The office is divided into federal, state and community affairs and works with members of U.S. Congress, the Georgia General Assembly and other local policymakers to advocate for issues impacting Emory, such as higher education policy, health care and research, according to Emory’s website.

“We are responsible for the entire institution,” Taylor said. “From transit funding to health care funding … any issue that Emory is engaged with policymakers on, we are a part of those conversations.”

Mackey and Thrower said that sometimes their jobs involve late nights at the Capitol.

“[On Crossover Day], we were here until 11 o’clock at night because they were still voting on bills,” Thrower said.

In the Georgia General Assembly, Crossover Day is the last day that bills can “cross” from one chamber to the other. If a bill does not cross from its chamber of origin by Crossover Day, it is effectively dead for the current legislative session, according to Mackey.

For lobbyists like Mackey and Thrower, that means Crossover Day can be one of the busiest days of Georgia’s 40-day legislative session, and one that they need to spend on their feet, continually flagging state representatives and senators for “rope line lobbying,” in which legislators are paged from the floor of the legislature to speak with lobbyists on the other side of a velvet rope.

Taylor, Mackey and Thrower all emphasized the importance of “building relationships” in their jobs — both internally within the Emory community and externally with policymakers and other lobbyists.

“A lot of it is … spending time with [legislative] staff, bringing them to campus and building the relationship before you’re going to ask them for something,” Taylor said. “A lot of these staffers become folks you’ll continue to see, they’ll climb up the hierarchy … so a good relationship is good for Emory.”

Taylor stressed the importance of showing policymakers and their staff around Emory facilities, such as the Emory Proton Therapy Center and Emory laboratories, during the relationship-building process.

“If you invite someone to your home, that very act of spending time in your home — they get to know you in a way that they couldn’t get to know you over coffee, and that’s what we’re doing,” Taylor said. “We’re bringing them to our home.”

Mackey told the Wheel that she and Thrower needed to build relationships with all 236 state legislators, but said that her job also required extensive policy knowledge.

“I consider our jobs half relationships and half policy,” Mackey said. “You can have all the relationships in the world — if you can’t articulate your position, you’re not going to be very effective.”

According to Mackey, lobbyists need to become subject matter experts, as legislators will often rely on them for knowledge on more particular subjects.

“We can be experts and educate them [the legislators],” Mackey said. 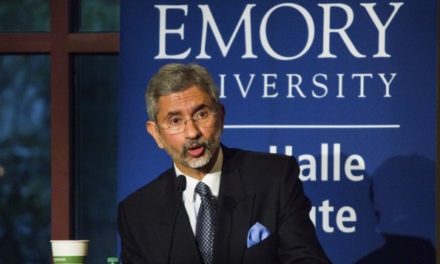