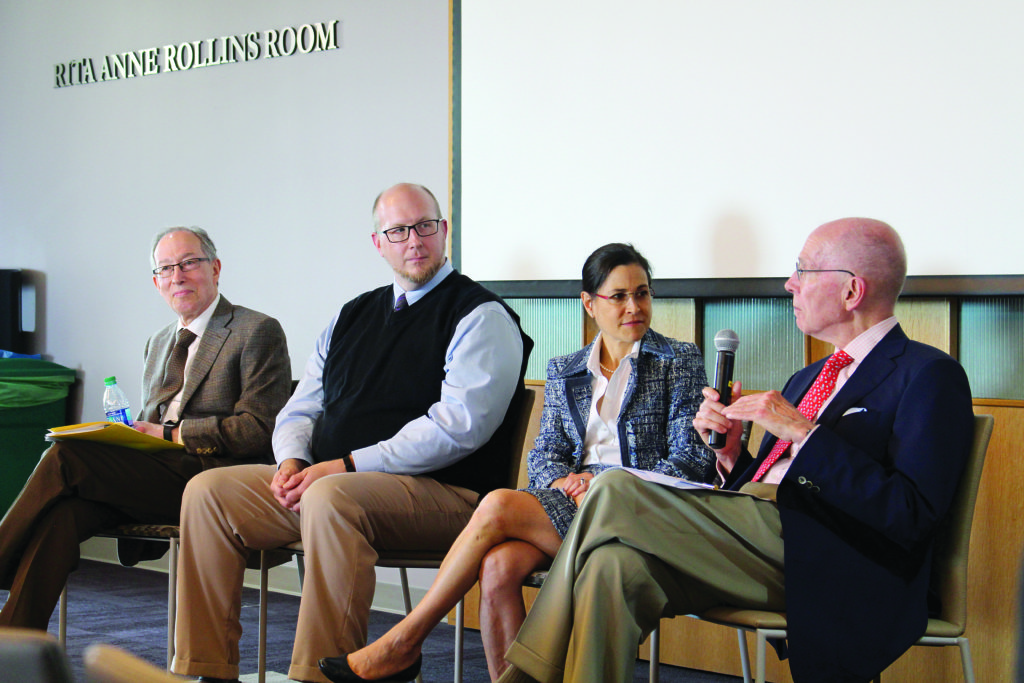 A panel composed of public health leaders addressed the 2019 U.S. measles outbreak as part of the Emory Global Health Institute’s inaugural event, which took place on Sept. 9. About 30 people attended the forum.

With 1,241 individual measles cases reported since the beginning of 2019, the current outbreak is the country’s largest since the early 1980s. According to a recent report by CNN, this is the first time the U.S. might lose measles elimination status since gaining it in 2000.

The panel’s presentation was segmented into four sections: clinical features of measles, vaccination effectiveness and safety, understanding the dangers of vaccine hesitancy, and the global politics of immunization. The panel’s structure was intended to help fellow Emory faculty and students better understand the causes of the outbreak.

Marcus Professor of Epidemiology Andi Shane explained that the first step was to recognize symptoms of the virus. Shane said effective disease control should include immediate isolation upon recognition of symptoms observed and a report to the local health department.

Orenstein said vaccinations are critical to the nationwide success in measles elimination. According to Orenstein, 80 percent of viruses carried to the U.S. by those traveling from other countries between 2005 and 2015 were due to a lack of vaccination.

Orenstein noted the measles vaccination also raises immunity to other diseases, such as ear infections or pneumonia, lowering the chances of receiving either from above 6 percent to zero.

Both Assistant Professor at the Hubert Department of Global Health Robert Bednarczyk and the University’s Vice President of Global Health Jeffery Koplan detailed the difficulties in constructing accurate regional and global understandings of measles.

Bednarczyk emphasized the importance of complete and correct vaccinations, explaining that failing to follow up on or properly time vaccinations can be as detrimental as not vaccinating at all.

“Studies published in the European Journal of Public Health show that there is a close correlation between association with a populous political framework and thinking that vaccines are not important,” Koplan said. “This is where we see a fundamental undermining of our vaccine programs.”

Bednarcyzk and Koplan both discussed methods to combat the global hesitancy toward vaccination.

“One of the biggest things we’ve seen is the use of social media,” Bednarczyk said. “When I get my flu shot every year, I always take a picture of the Band-Aid on my arm … It’s little things like that that can make a difference.”

Students in the audience also offered recommendations on how the Emory student community can combat global hesitancy.

“I think speaking with your family is very important,” Jasmine Carter (21PH) said when talking about approaching hesitancy. “There are people closer to us than we realize that may have opinions you’d be surprised about.”

“Maybe having an interdisciplinary committee or some sort of public outreach might help,” Shetty said. “It’s about building a connection between Emory and the greater community to eliminate the abstraction of science.”

Bednarczyk concluded the discussion with a final call to action.

“Do this as a matter of practice,” Bednarcyzk said. “If you hear someone speaking out negatively about [vaccinations], know that there is faculty who have done research who [would] love if it you reached out.”