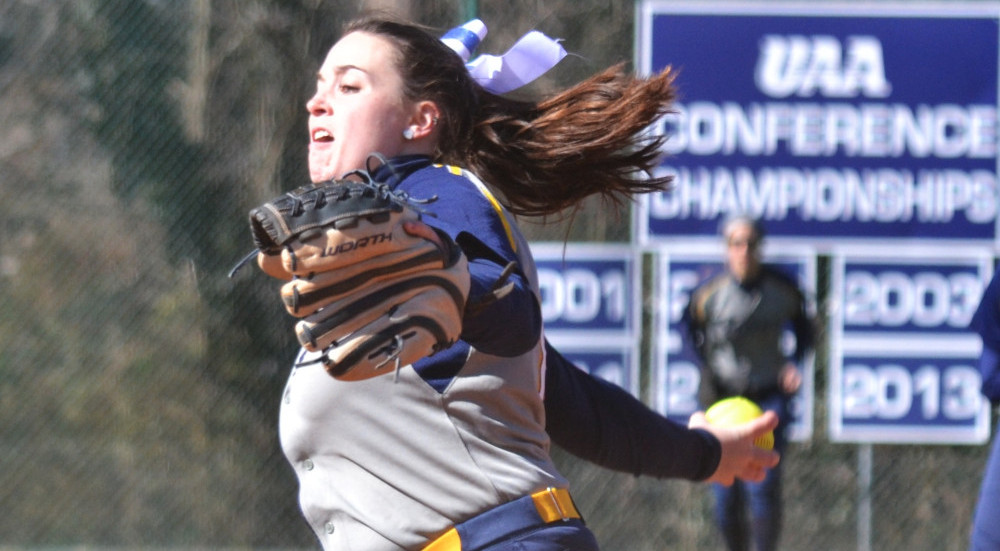 The Eagles went undefeated with a pair of wins against each school, building confidence for the year to come.

Emory sophomore Brittany File started the opening game with a bang versus the Rhodes Lynx.

File pitched with precision, retiring the Lynx in order without allowing a batter to reach first.

With plenty of run support in a 10-0 victory, File recorded a rare perfect game with nine strikeouts over five innings of work.

At the plate, freshman corner infielder Ashley Powers made her debut with a three-run homer.

Meanwhile junior catcher and captain Melody Carter and sophomore outfielder Amy Wray knocked in a pair of runs to fuel the Eagles in a mercy rule win.

The second game pitted the Eagles against the visiting Lynchburg Hornets.

Emory sent junior Sydney Carpenter to the mound where she showed signs of rust.

However, Emory took a lead in the bottom of the first that they would never relinquish.

A pair of doubles from outfielder Taylor Forte and corner infielder Tara Fallahee led to four Eagle runs in the inning.

Carpenter would go on to pitch four innings, giving up three runs on three hits before freshman Audrey Weller and File held the Hornets to notch a 7-3 victory.

Freshman utility player Janelle Turnquest homered to left in the second for her first hit of the young season.

Cold conditions pushed the first pitch on Sunday to noon.

This time, Carpenter was tasked with facing Rhodes and she again benefited from Emory’s early striking offense.

Forte and Fallahee drove in two runs in the first.

Carpenter enjoyed that lead until it was whittled to one after Rhodes’ Rachel Pewitt scored on a sacrifice fly.

Home runs from infielder Hannah Sendel and Powers put the contest out of reach for Rhodes.

Freshman Jacky Farrow and File pitched the rest of the way, surrendering just one run between them in the 5-2 win.

The final game Sunday started slow but was an exclamation point conclusion for the weekend.

A day after her perfect game, File shouldered the start once more.

Scoreless until the fourth inning, Powers put Emory on the board with a double to left.

Junior outfielder Alyssa Pollard pushed across the second run legging out and infield single to short.

The Hornets struck back in the fifth, after an error led to Lynchburg scoring runs on a fielder’s choice and a sacrifice fly.

Powers doubled yet again. Turnquest placed a single up the middle, allowing Powers to score a controversial run as the Hornets’ catcher, freshman Logan Walker, was forced to move up the third-base line to chase down a errant throw where she collided with Powers.

Interference was called and Emory took a 3-2 lead.

In the final frame, Lynchburg junior infielder Nicole Riley singled and was moved to second on a ground ball. St. John doubled to tie it up.

File fielded a lazy ground ball and flipped it to Powers at first, who dropped it, and St. John scored from second to take the lead 4-3 going into the bottom of the seventh.

With the Eagles at the plate, Fallahee was hit by a pitch, Forte walked and the table was set for Powers to redeem herself.

Powers made up for her mistake with a walk-off double to right center to win the game in dramatic fashion.

“A lot was going on in my head because the previous inning, when we had two outs, I made a costly error for my team,” Powers said. “During my at-bat I had to make sure that I let go, stay relaxed, not tense up and really try to come through for my teammates and coaches.” 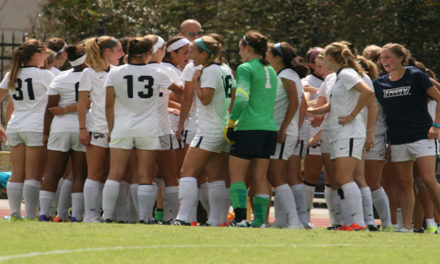 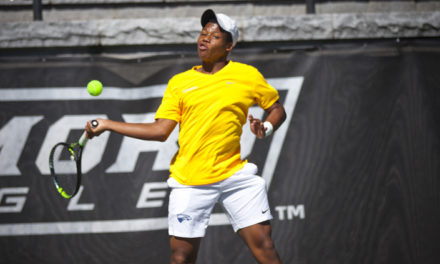 Men Open Season with a Win 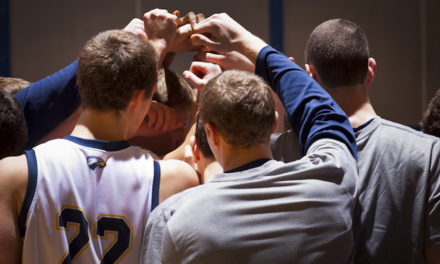