On Oct. 27 and Oct. 28, Emory University held Muscogee Nation teach-ins on both the Atlanta and Oxford campuses as part of the Indigenous Language Path listening sessions. The teach-in discussed Muscogee people’s history on both campuses and provided insights on developing physical rituals to pay respect to the Muscogee Nation, the original inhabitants of Emory’s land.

Established in 2021, the Indigenous Language Path strives to provide recommendations on spots on campus where Muscogee culture can be highlighted.

During his opening remarks on the history between Emory and the Muscogee Nation on the Oxford campus, Zachary Cole, the chief of staff of the Office of Spiritual and Religious Life, explained the listening sessions’ purpose.

“In 1821, 15 years before Emory was founded, the Muscogee were forced to relinquish this land,” Cole said. “We recognized the sustained depression, land dispossession and involuntary removal of the Muscogee people from Georgia and from the Southeast. Emory seeks to honor the Muscogee nation by humbly seeking knowledge of the history and committing to respectful stewardship of this land.”

About 30 people attended the Oxford listening session in person, with 15 people joining online. A video was first played to summarize Emory’s effort in memorializing the story of the Muscogee people. For instance, a land acknowledgement was approved by Emory’s Board of Trustees in 2021. In the year after, 15 members of the Indigenous Language Path Working Group traveled to Okmulgee, Oklahoma to learn more about the Muscogee Nation in one of their current locations.

Rev. Chebon Kernell, who is of Muscogee Creek heritage and an ordained Elder in the Oklahoma Indian Missionary Conference, then shared his insights on the importance of Emory’s work for the Muscogee people. 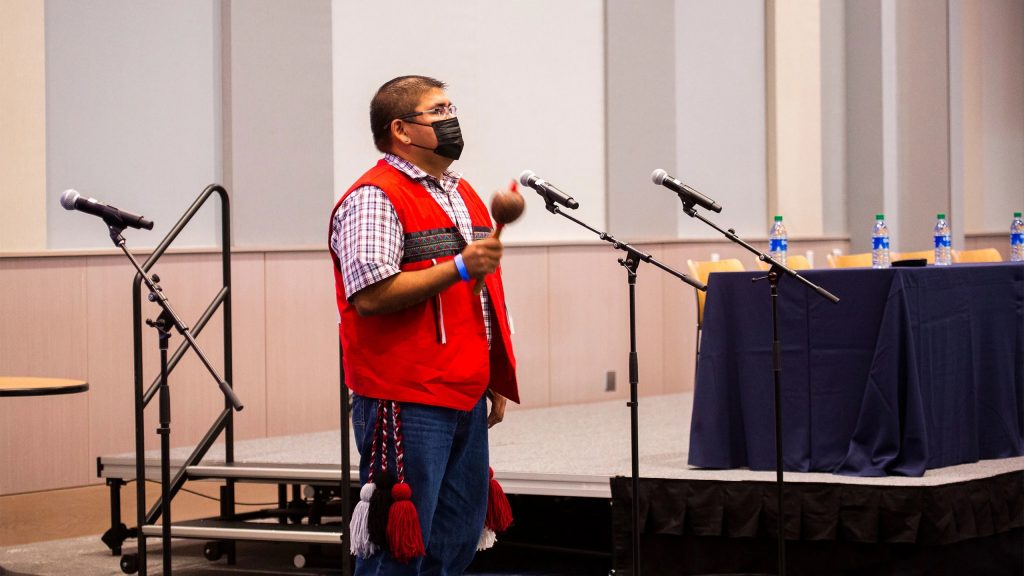 Rev. Chebon Kernell speaks to a crowd at the “In the Wake of Slavery and Dispossession” held in September 2021. Image courtesy of Emory University

“For us as Muscogee people, it is my understanding that we have the right to know where our origin is,” Kernell said. “We have a right to know how thousands after thousands of years, our ancestors lived and thrived on this territory.”

Afterward, the participants broke into groups to discuss ways, locations and forms of presentation to demonstrate Emory’s respect toward the Muscogee people. Some ideas include covering the entire campus with native plants, constructing a statue of Muscogee people at the entrance of the campus and developing a quiet place with a bit of distance from campus for Muscogee people to go and honor their history.

Associate Dean of Admission Beth Michel, who is a member of the Tohono O’odham Nation of Arizona and a lead for Native American outreach at the Office of Undergraduate Admission, said the goal of the listening sessions was to gain audience insight on the development of the Language Path.

“What we wanted was as many ideas on the locations on campus that we could get, and we got that tonight from each table,” Michel said.

On Oct. 28, about 100 people stopped by the Atlanta campus Quad and joined the teach-in of Muscogee culture. The session consisted of groups of Muscogee people performing traditions. For instance, a group of Muscogee women, Mvhayv Gracine Hicks, Mvhayv Becky Barnett and Judy Montiel, presented the Mvskoke Hymn Singing, a traditional Muscogee song asking for the blessing from mother nature.

Brittney Curvas, the owner of Four LOCV, led a Mvskoke Cultural Lab. Four LOCV is a company based in Muskogee, Okla. that sells Indigenous cultural products and services such as training programs where teenagers can learn how to make Indigenous cultural kits.  During the lab, Curvas taught participants about making woven game balls and corn husk people, two common toys for Muscogee children.

Secretary of Education of the Muscogee Nation Kaila Harjo presented the Mvskoke Stories, which are stories told to Muscogee kids for them to start to learn simple words in Mvskoke, to the attendees. At the end of the teach-in session, members from both the Muscogee Nation and the Emory communities joined together to learn the traditional stomp dance, which are social dances performed during Muscogee ceremonial times of fasting and cleansing.

Student participants were surprised at the amount of work Emory is doing to honor the Muscogee Nation. Lydia King (23Ox) was one of them, noting it was interesting to learn about  the cultural differences between her and Muscogee people.

“Before I came to the event, I didn’t even know that the Muscogee project was a thing, but people were doing so much to honor their traditions, and that is cool,” King said. 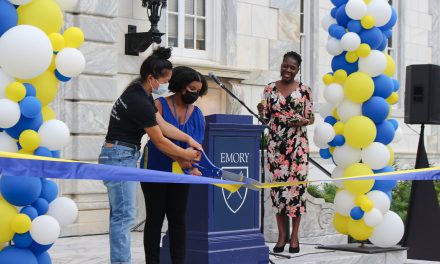 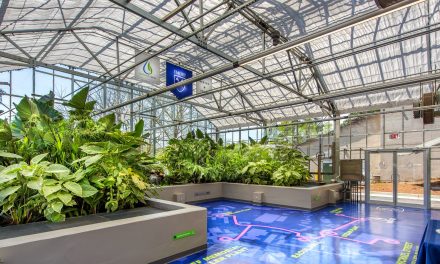