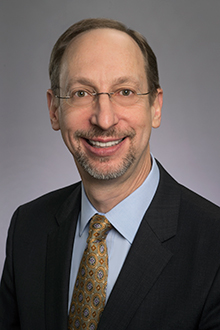 Emory Healthcare CEO Jonathan Lewin announced Nov. 12 that he will step down from his leadership positions, including his roles as executive vice president for health affairs and the executive director of the Woodruff Health Sciences Center.

Lewin will join Emory University faculty after a new executive vice president for health affairs is chosen. He did not provide a reason for his decision to step down. University spokesperson Gana Ahn told the Wheel that Lewin was unavailable for an interview.

While at Emory, Lewin conducted research focused on developing new technology and techniques for minimally-invasive interventional procedures and magnetic resonance imaging. He said that he is looking forward to “returning to [his] roots in innovation, education and technology development.”

Under Lewin’s tenure, funding for health sciences research increased by 57% and Emory Healthcare’s total operating revenue grew by more than 80%, according to the Emory News Center said. He oversaw the expansion of Emory Healthcare through the opening of new medical facilities and making Emory the official healthcare provider for the Atlanta Braves, Falcons and Hawks. Lewin also helped establish Emory Healthcare’s Office of Well-Being, which focuses on provider health, and appointed the organization’s first chief diversity, equity and inclusion officer.

Lewin received several honors for his work, including being named a most admired CEO by the Atlanta Business Chronicle in 2020 and one of the 50 most influential physicians by Modern Healthcare in 2017. He has also won the National Medical Fellowships Pioneer Award in 2019and the American Jewish Committee National Human Relations Award in 2021.

University President Gregory Fenves told the Emory News Center that Lewin has been a valuable asset to Emory Healthcare, especially with the COVID-19 pandemic.

“Dr. Lewin elevated the impact of our schools and hospitals, and he brought great energy and heart to his work every day,” Fenves said. “I am glad that he will continue to share his expertise and knowledge with our students and researchers as a member of the Emory faculty.”