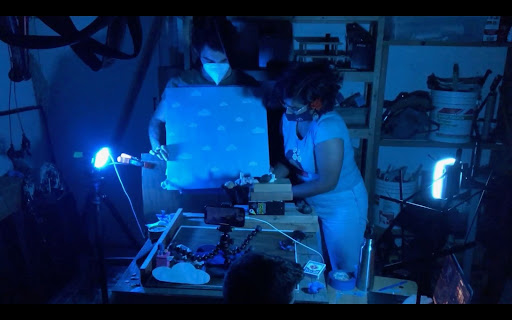 While most of us have been trapped in our homes on and off for close to two years of the pandemic, history and film & media double major Kheyal Roy-Meighoo (23C) found an escape in filmmaking. 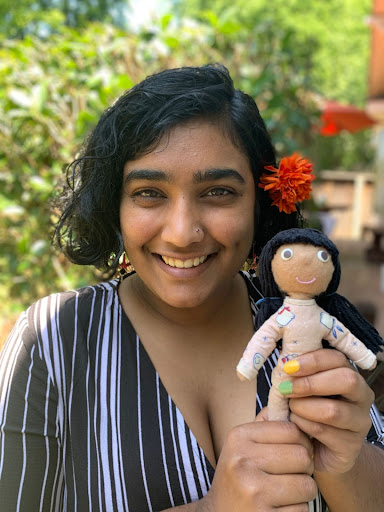 She had always been passionate about the arts but never explored stop motion animation until the pandemic.

“I turned to film [not only] as an escape but also as a form of expression,” Roy-Meighoo said.

Her YouTube channel displays an array of fantastical stop motion films. A girl made of felt tames a monster to save her stuffed bunny. A boy, weary from studying, finds a portal on the side of his house into a fantastical shadow world. A pet chameleon explores the world beyond its cage. Roy-Meighoo has quickly mastered the art of creating dream-like stop motion films and works meticulously on each set.

She spends months preparing sets and storylines, creating characters out of clay, felt, wire, string — any materials available to her. Her characters are brought to life after weeks of filming and editing her stop motion films.

“I think there’s something that’s really magical about being a kid,” Roy-Meighoo said. “You see everything as having its own spirit, and so I try to bring that idea of childhood playfulness and imagination into my films. Whether I’m playing with shadows in one film or tiny stuffed animals in the next, I’m trying to give everything a life and trying to see what stories I can tease out of them.”

Roy-Meighoo’s visions and hard work have hardly gone unnoticed. She received the Women in Film and Television Atlanta (WIFTA) 2021 Scholarship on Dec. 9, 2021. WIFTA’s mission is to improve women’s representation in film.

The current statistics for female film producers are disheartening, especially in animation. A 2019 University of Southern California study found that only 37% of animation producers are women. When looking at producers who are women of color like Roy-Meighoo, that number drops dramatically to just 5%.

The issue of representation in filmmaking is something Michele Schreiber, department chair of Emory’s Department of Film and Media, is well-aware of. Only a fraction of women who go into film school end up making a feature film. For Schreiber, Roy-Meighoo winning the scholarship signifies a major step toward her future career in film.

Schreiber has been able to track Roy-Meighoo’s growth as a film student, from Roy-Meighoo’s first Introduction to Film class. Schreiber was immediately struck by her talent and passion — especially how much work she did independently outside of class.

“She has such a unique vision,” Schreiber said. “She really has something to bring to the world. Her winning this [WIFTA] scholarship is an indication that she’s a rising star.”

Being announced as a recipient for the WIFTA scholarship helped validate Roy-Meighoo’s decision to pursue a career in stop motion animation.

“The reason why I was hesitant to pursue a career in film is that the arts aren’t often seen as a viable career option,” Roy-Meighoo said. “You think about women and then women of color in stop motion, and it’s a head-scratcher. And so I never really had that confidence, but this is what I’m most passionate about.”

This scholarship wasn’t the first time Roy-Meighoo’s stop motion work has been recognized. Her film “My Bunny’s Story,” which she co-created with friend and fellow Emory film student Isaac Gazmararian (23C), was entered in the 2021 Nationwide Campus Movie Fest. Their film tells the story of a girl who falls asleep and enters a dream world where she saves her pet bunny. It won 10 awards, including three Gold Tripod Awards.

Roy-Meighoo prepared the characters and the set beforehand, and then she co-directed and filmed the entire movie over the course of a week with Gazmararian.

“I’ve never co-directed with someone else,” Gazmararian said. “She was really good at listening to any of my ideas. She’s also an extremely organized person. I don’t know how she does it all.”

Roy-Meighoo and Gazmararian are working on their next stop motion film together, which will tell the story of a man who falls in love with his male coworker.  This type of representation is something that has been very important for the two filmmakers in the stories they create. They refer to it as “subtle diversity.”

This concept started for Roy-Meighoo with “My Bunny’s Story.” When creating the puppet of the main character, she ordered brown felt 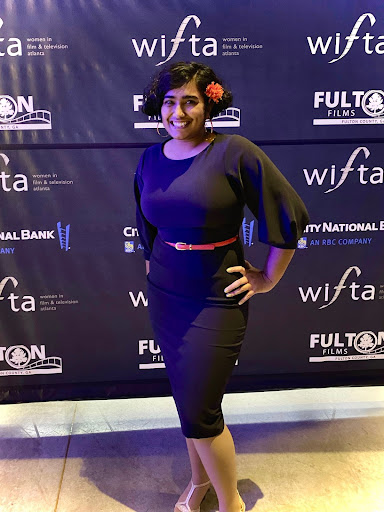 “As I was making [the puppet], I wondered how many brown puppets had been made,” Roy-Meighoo said. “ I’m not saying that other stories that focus on race and ethnicities and other social issues aren’t important. But I think it’s also important to have a film that just presents the character. There’s no need to rationalize why this character’s story is important. It’s really subtle, but powerful.”

With outstanding recognition for her films, Roy-Meighoo is now applying for internships in filmmaking, looking ahead to growing her future projects. She hopes to inspire fellow creatives to make the leap as she did and explore a career in the arts.