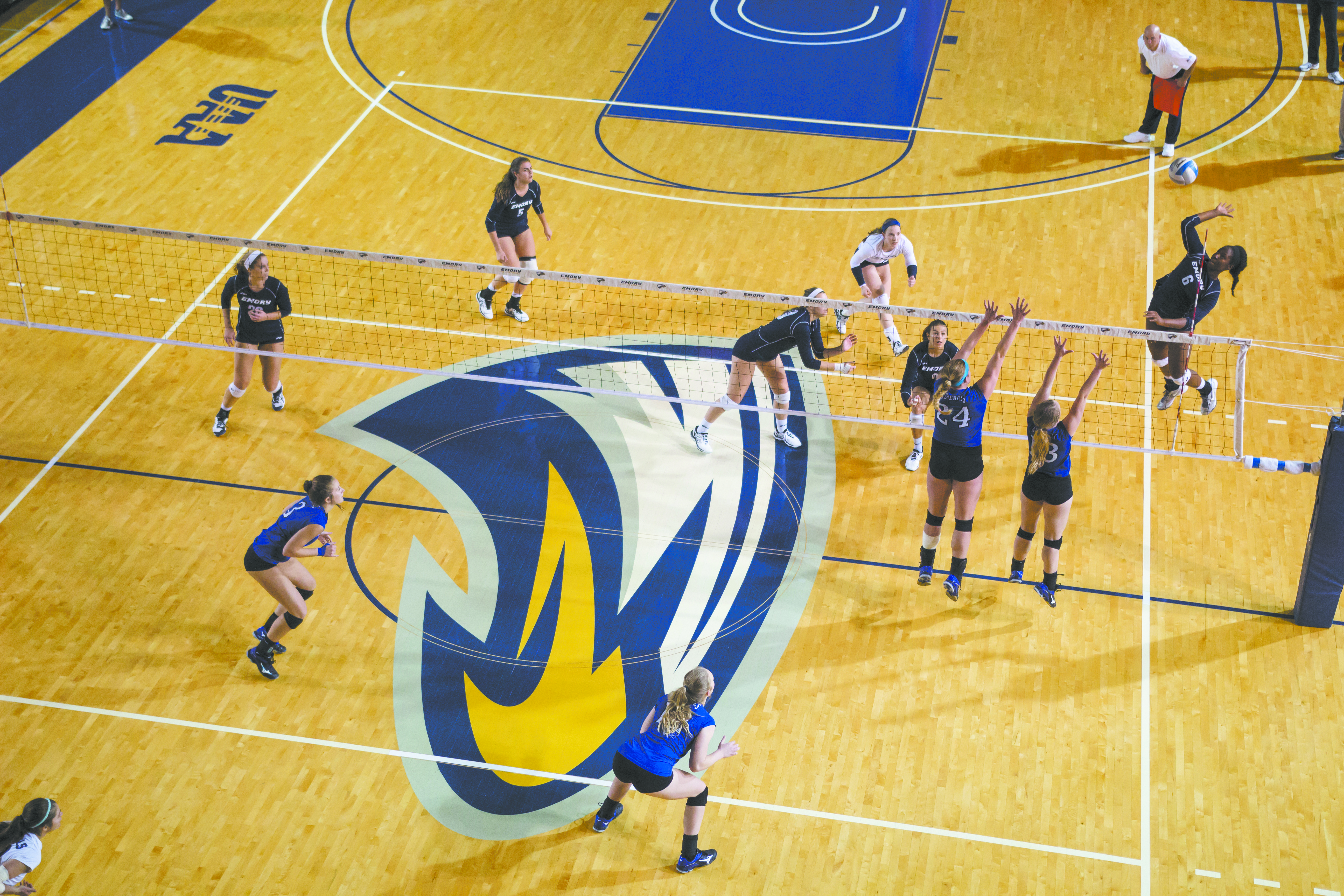 “We wanted to go out with a bang,” senior outside hitter Kathryn Trinka said.

The four wins left the Eagles with a five-game streak to end the season, as well as an overall 27-5 record.

Three of the opposing teams – Washington and Lee, Berry and Randolph-Macon — are all ranked in the Southern region, and Head Coach Jenny McDowell said defeating these opponents was critical.

The Eagles’ play this weekend tied up many loose ends in regards to what the team has been working on throughout the regular season.

“We’re working better defensively, and tightening up our execution and our focus — improving on all the small things,” McDowell said.

Improving on many of these “small things” has repeatedly been a goal for the Eagles this season and has evidently shown successful.

The Eagles hit a .350 game for the seventh time this year while playing against Clarkson University.

In the Clarkson game, senior middle hitter Jessica Holler obtained 20 total attacks, while achieving 17 in the game against Berry College.

Sophomore defensive specialist and libero Becky Breuer earned 23 digs in the Washington and Lee game, a situation where the opposing team created good defense with many digs but could not defeat the Eagles offensively. Emory had 46 kills, while Washington and Lee had only 21.

In the midst of these four spectacular wins, the Eagles honored their three seniors: right side Sarah Maher, Trinka and Holler.

Trinka, who played her last four home games of a regular Emory volleyball season this past weekend, said she thinks the team wanted to win these games not only to improve their record but also to honor the seniors on the team.

Both McDowell and Breuer agreed that the seniors played fantastically this weekend, and “really showed their leadership,” Breuer said.

“We’d all agree there were some tears, but at the same time our season is not over yet,” Trinka said. “I don’t think it’s really hit us. Ideally we’ll have three more weeks.”

The Eagles head to St. Louis, Mo., this weekend for the University Athletic Association (UAA) championship tournament. The team will play New York University at 12 p.m. Friday, hoping to make it to the semifinals at 4 p.m. later that day, as well as the championship game at 1 p.m. Saturday.