Emory University endorsed a comment by the American Association of Universities (AAU) criticizing the recently proposed Title IX regulations for “infringement on universities’ autonomy and expertise,” according to Vice Provost for Equity and Inclusion Lynell Cadray.

The Education Department’s public comment period, which ended Jan. 30, called for public input on its revisions to Title IX guidelines such as narrowing the definition of sexual harassment, permitting in-person cross examinations and changing the standard of evidence to use in sexual misconduct hearings.

AAU’s comment suggested the Education Department prohibit cross-examinations in sexual misconduct hearings and allow institutions to choose between a preponderance of evidence burden of proof standard or a higher standard of clear and convincing.

Emory’s Offices of the General Counsel, Title IX and Government Relations led the initial review of the proposed changes, Cadray said. Since AAU’s comment covered Emory’s views, the University decided not to provide its own comment, according to Cadray.

“After working on a statement, Emory realized that the AAU had actually submitted [a comment] on the proposed rules,” Cadray said. “[The University] held that [the AAU’s comment] captured Emory’s position, and there was no need for us to do a separate comment at that time.”

The University Senate formed a working group on Nov. 27, 2018, to examine the proposed Title IX guidelines and draft a public comment to submit regarding the governing body’s views but ultimately did not form a consensus on a statement.

After the University Senate rejected the working group’s draft, Barrett worked with GSGA President Sydney Kaplan (19L) to revise the comment and present it to the GSGA legislature. GSGA’s executive board and legislature unanimously approved the comment during a Jan. 28 meeting.

GSGA’s comment “strongly opposed” the proposed Title IX changes. It also urged the Education Department to retain the previous definition of sexual harassment and allow institutions to investigate all incidents of harassment or assault regardless of the location of the encounter.

“Since Emory’s entire graduate and professional community lives off-campus, sexual assault would most likely occur at an off-campus location,” the letter reads. “While the initial act of sexual assault may have occurred off-campus, the fallout of that situation is brought onto campus when the person who was assaulted has to face their assailant in class and on-campus.”

Barrett said she hoped the University Senate’s task force would not only aid with the new regulations but also look into previous policies that remain in place. She added that the proposed changes would shift the “balance” created by previous Title IX regulations from” 2014.

“There was some Obama-era stuff that passed in 2014, that made the balance a little bit fairer between the accuser and the accused, and these regulations are taking those and stripping them away to how they previously were,” Barrett said. “[The new regulations] dial the clock back.”

Ninad Kulkarni (22C) is from Hyderabad, India. He plans to major in economics and is always willing to talk about soccer. You can catch him playing racquetball at the WoodPEC and never winning. 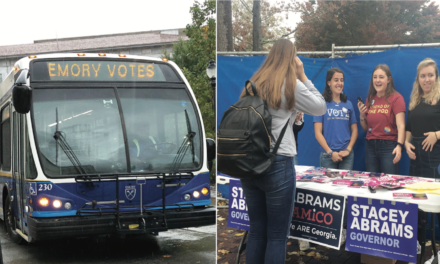 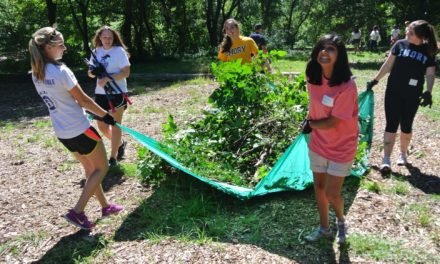