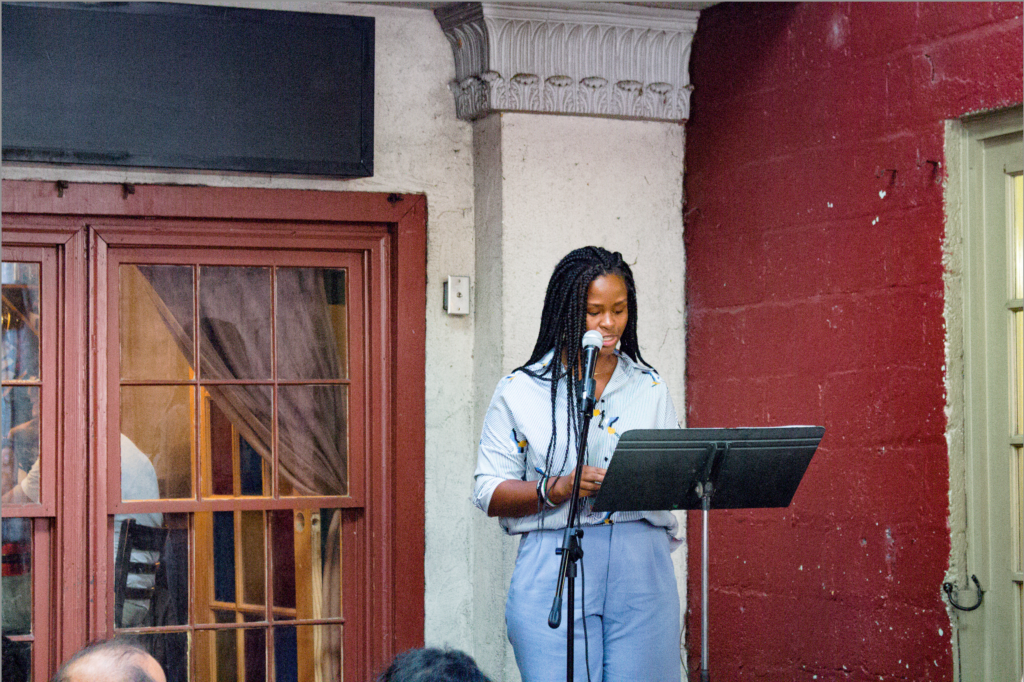 In the first year that Emory sponsored the Atlanta Journal-Constitution Decatur Book Festival, Emory-affiliated authors were a strong presence in the weekend line-up.

Though Emory students are often warned about the “Emory bubble” and the ease of remaining inside campus, University President Claire E. Sterk has expressed desire to forge deeper connections between Emory, intellectualism and the larger Atlanta community. The most compelling example of this intersection occurred at a Saturday afternoon reading by Associate Professor of Pastoral Care and Counseling Rev. Gregory Ellison II (99C), author of “Fearless Dialogues: A New Movement for Justice.” Though presented as a reading, Ellison’s performance developed into a meaningful conversation. With Doug Shipman (95C), president and CEO of the Woodruff Arts Center, Ellison performed a chapter of his book entitled “Conversations with Country Dark.”

Accompanied by cellist Okorie Johnson and second reader and Candler alum Tavares Stephens (18T), Ellison invited his audience to close their eyes. Light music sounded through the First Baptist Church, which served as the stage for the reading. Ellison and Stephens gave voice to the narrative, imitating the creaky vocals of Ellison’s Arkansas grandmother and the even creakier floorboards of her porch.

After the audience reopened their eyes, they were invited to share their reactions with the “neighbors” seated beside them. With Shipman holding a large piece of lined paper facing the audience, Ellison scrawled down the words his listeners associated with the performance.

He then invited Johnson to improvise a composition in response to the same words. Ellison shouted the words from his list while Johnson translated each interpretation into music. Ellison then switched from a musical to a vocal interpretation as Stephens improvised a poem that shifted each time the author called out a new word.

During the question and answer period following the reading, one audience member commented that the atmosphere that the performance had created was unlike any other literary event he had ever attended.

Other highlights of Emory’s presence on Saturday at the Decatur Book Festival include when  Associate Professor of English and Creative Writing Jericho Brown moderated a reading, called “This Imagined World,” by poets Diane Seuss and Aimee Nezhukumatathil. Seuss’s reading was especially compelling; her poetry revolved around a girl’s escape from a painting called “Paradise.”

On Sunday at 4:40 p.m., cafe Java Monkey presented a local poetry stage for emerging Emory poets, students or staff, to read their works. Following a moving performance from Spelman College (Ga.), student poet Nathan Blansett (19C) kicked off the Emory readings. Blansett’s poem, “The Art Historian,” touched upon themes of travel, art and love, which Blansett believes “is what all poems are actually about.”

With each reading, readers focused on depicting singular facets of their identities or imaginations. Their poetry served as a fitting conclusion to the festival programming.

Emory’s presence at the Decatur Book Festival increases each year. This year, with a booth that stretched across a whole block on Ponce de Leon Avenue and a slew of University authors to grace each stage, the celebration of the written and spoken word proved a rousing success for Emory’s creative arts.