Emory is constructing a new lab to study ancient DNA and learn more about the evolution and adaptation of early humans, according to Assistant Professor of Anthropology John Lindo.

The lab will be the first ancient DNA lab in Georgia and will be located on the first floor of the Psychology and Interdisciplinary Sciences (PAIS) building. The lab is expected to open in March or April 2019. It cost about $900,000 to construct, Lindo said.

The Lindo Lab plans to look into the indigenous people of the Andes mountains, effects of colonialism in the Americas and behaviors of specific dog breeds, according to its website.

Lindo will use two labs for his research: the new ancient DNA lab under construction and an already existing modern DNA lab at Emory. In the ancient DNA lab, researchers will extract DNA from ancient samples. In the modern DNA lab, extracted DNA is then amplified and undergoes sequencing, according to Lindo.

Prior to the construction of the Lindo Lab, Emory did not have the means to conduct research with ancient DNA, due to the high risk of cross-contamination in standard facilities. Ancient DNA research requires a clean-room facility that better controls environmental conditions to limit pollutants.

Planning for the lab began in January 2018 and construction started in December 2018, according to Lindo. The PAIS building suited the lab’s operations because there is a low risk of amplified DNA traveling through the vents and inadvertently contaminating the lab, Lindo said.

Undergraduate researcher Giveth Rocha (19C) said she is excited to work in the new lab in a Jan. 26 email to the Wheel.

“Having the opportunity to study genomics and computational population genetics … right here on Emory’s campus is truly surreal,” Rocha wrote. “This lab and this study in general will answer very intricate and intriguing social and adaptive questions.” 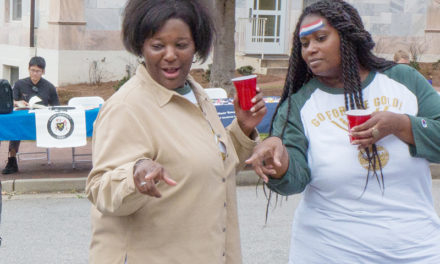