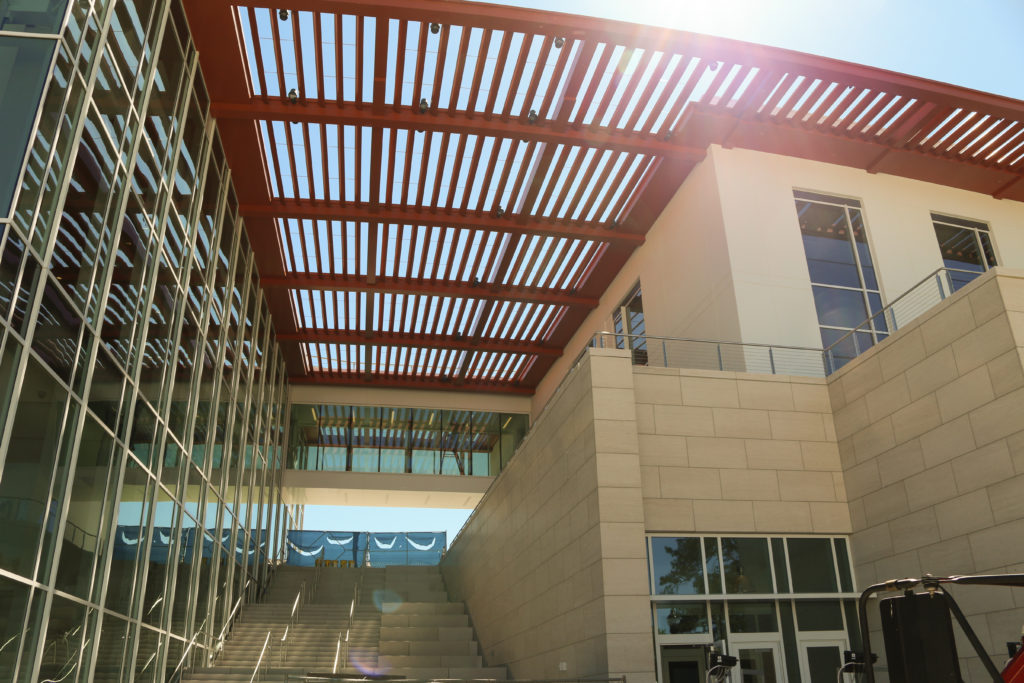 Emory expects to lose about $45 million in net revenue through Aug. 31, the end of the University’s 2019-2020 fiscal year, as a result of the coronavirus pandemic.

As the economy plummets into a recession, the pandemic has left American colleges and universities reeling, shuttering their campuses and refunding millions of dollars in unused student services. Emory, following the lead of other schools, has implemented cost-saving measures in an attempt to mitigate the damage.

Chief Financial Officer and Executive Vice President for Business and Administration Christopher Augostini told the Wheel that the largest financial effect on the pandemic has been on the University’s available liquid assets, or cash.

Augostini expects the University’s operations to lose $195.1 million in total revenue through Aug. 31. Of the losses, $110.8 million stems from student refunds, lost summer tuition and the elimination of other spring semester revenues. The University’s direct aid to students will cost $8 million. Employee support, which includes salary continuation and research grants, accounts for $66.2 million in losses. Augostini’s office also budgeted a contingent $10 million in case of any unforeseen events.

He expects internal cost-saving efforts, which include a hiring freeze, budget cuts and a reduction in discretionary spending, to reduce these losses by $107.8 million.

On April 9, the Department of Education announced that Emory, along with universities nationwide, would receive federal aid through the Coronavirus, Aid, Relief, and Economic Security (CARES) Act, the largest stimulus package in U.S. history. Emory was granted about $8 million, and the act requires that half must be allocated toward emergency financial aid grants for students.

Augostini noted that in addition to the direct aid, the federal government is deferring payments of payroll taxes, which will free up about $38 million in immediate cash for the University. The payments must be made in the next 12 to 24 months, according to Augostini.

After these mitigation efforts are factored in, the University expects to be down $45 million in cash by the end of the fiscal period.

Emory Healthcare is estimating a net revenue loss of $246.5 million through Aug. 31 after mitigation strategies and federal aid. In creating the estimate, Augostini’s office assumed the continued cancellation of all elective procedures, which are procedures that do not involve a medical emergency, and an 85% reduction in inpatient visits.

Augostini said federal actions that have helped alleviate losses include a $50 million grant from the CARES act, $350 million in advance Medicare payments to hospitals and the deferral of payroll taxes. Augostini noted that the University has already received most of the Medicare payments.

“Part of our planning cycle is that as [elective procedures and inpatient visits] ramp up, it will be that revenue that will give us the ability to repay the federal advances on Medicare as well as the payroll savings and tax deferments,” Augostini said.

In late January, University officials began evaluating information about the potential spread of the virus and subsequent economic and social impacts. During the early modeling stages, officials found that the University’s ability to find spare liquidity would be severely damaged.

In mid-February, Augostini’s office began conversations with the Board of Trustees to dramatically increase lines of credit for the University, and in early March, the board approved the office’s ability to access $900 million in liquidity through short-term borrowing in the event that the crisis worsened.

The University prefers to borrow money over spending from the University’s endowed funds, which would require selling assets at lower prices, Augostini said.

Ken Redd, senior director of research and policy analysis at the National Association of College and University Business Officers, said that while he expects university endowments nationwide to decrease as they did during the 2008-2009 recession, he believes they will recover within a year or two.

“Bearing in mind that a financial crisis is different from a health crisis, at the height of [the Great Recession] we saw a 25% fall in university endowments,” Redd said. “Within about a year and a half to two years, most [universities] had recovered. I suspect the duration would be about the same now; every indicator seems to show that.”

Augostini said his office is working with Emory Investment Management to value the endowment, which climbed to $7.87 billion in 2019, and will likely have an estimate by the end of the month.

The University is currently evaluating the necessity of various maintenance projects that are traditionally budgeted $30 million a year.

Augostini noted that University administrators assume there will be a 12- to 18-month long economic recession following COVID-19.

“We are being very cautious … to ensure that when we come out of this, we have the resources and ability to deliver our mission post these events,” Augostini said.

Interim Provost and Executive Vice President for Academic Affairs Jan Love said she believes the impending economic recession could be beneficial for some Emory schools as some people elect to continue their education over seeking a job.

“We may have a very happy consequence — we’ll see,” Love said. “During the recession of 2008, there were some schools that benefited from folks who were out of work wanting to come back to school … What we are seeing right now in the School of Nursing is a resurgence of applications and acceptances.”

Update (4/18/20) : A previous version of this article stated that Augostini’s office received the ability to access $500 million in liquidity. His office will actually be able to access $900 million, according to revised numbers provided by the University.