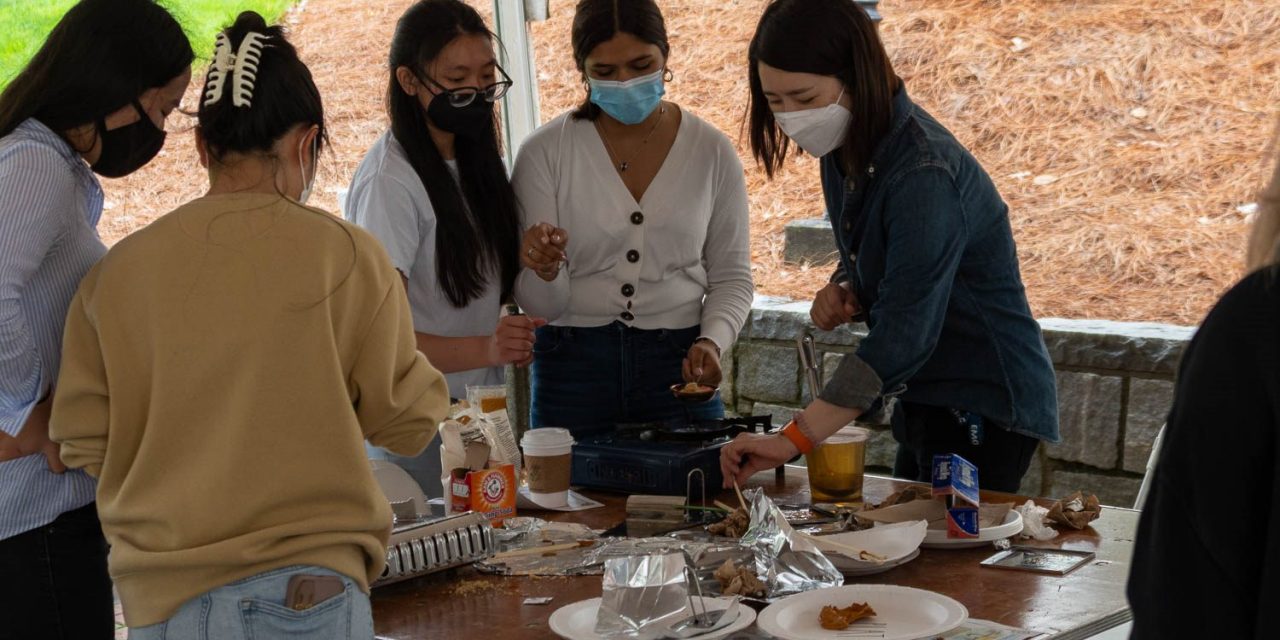 Korean Undergraduate Students Association (KUSA) and Korean International Students at Emory (KISEM) hosted Korea Week, a series of cultural events from March 21 to 25. The clubs kicked off the week of events on Monday, March 21 with Korean hot dogs, baked goods and a photo booth on Cox Bridge.

Excited by the sound of Korean pop music playing, I headed over at noon to see a bright red tent surrounded by tables. The students in charge were selling an assortment of Korean breads, and also had free snacks such as Korean candies — my favorite being the Apollo straw candy — and yogurt drinks, like Yakult. People were lined up to buy hot dogs, and laughed with their friends as they tried on decorative headbands and bandannas and took pictures in the photo zone. 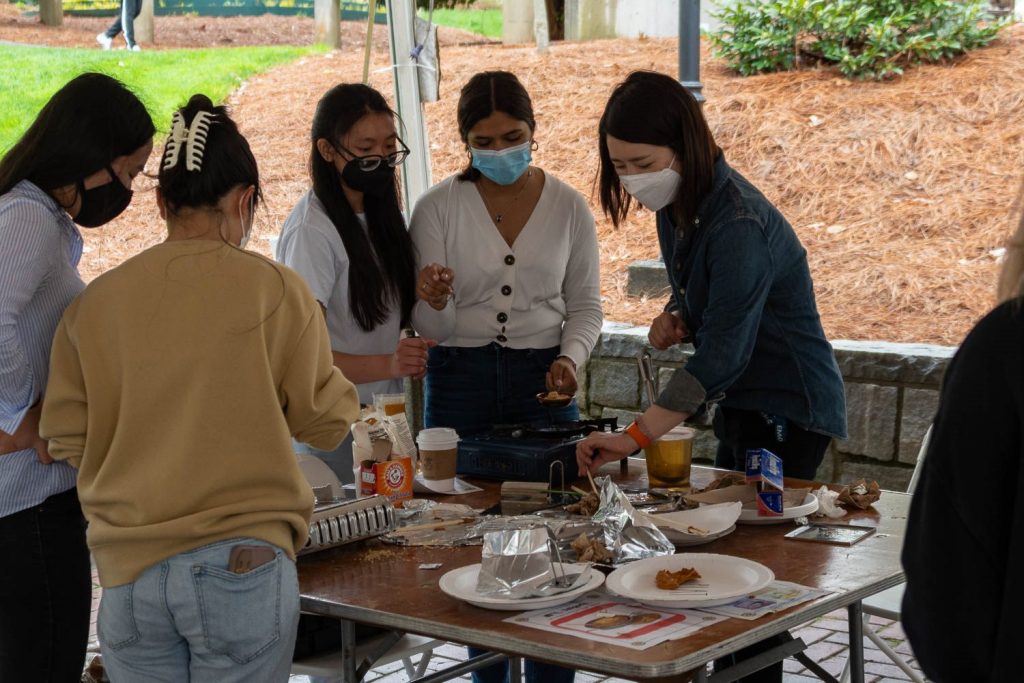 One of the hosts of the event took the time to explain what the different breads were to me, and I chose a red bean one. As I left the tent holding my red bean bread, candy and a drink, I was eager to see what the rest of the week would hold.

While the kick off itself was an enjoyable experience, the Korean Cultural Fair on March 23 was probably the most fun and well-organized event that I have attended during my time at Emory.

Before the event, I was a bit worried that it would be too crowded to properly immerse myself in this cultural experience. This misconception was quickly shattered upon entering the tent, where the Cultural Fair was taking place.

I was immediately greeted by a kind Korean professor who led me over to one of the seven or so tables where two people were playing a traditional Korean board game called “yut nori.” In the game, players would throw three wooden sticks with Korean letters on them that served the purpose of dice, and move up the board based on the outcome of the wooden sticks. After playing a few rounds, I walked over to the “hanbok,” or Korean dress station, where a professor helped me try on my very first hanbok!

I had someone take a few pictures of me in this outfit before I was quickly ushered over to play a game of red light, green light as an homage to the popular South Korean drama, “Squid Game.” Although I was quick to “die” at the hands of a person pretending to be the gigantic baby doll, I thoroughly enjoyed having the opportunity to play this game with others from a drama I raved about just a few months earlier.

This activity wasn’t the only “Squid Game” themed event of the night. I also played a game of “ddakji”, the recruiting game in “Squid Games” where players flip over a paper card by throwing another one on top of it with just the right amount of force and also got to make my own “dalgona” cookie!

My favorite part of the fair was the Korean calligraphy station, where participants had the opportunity to practice Korean letter writing and learn how to write their name in Korean.

One of the professors sat next to me and patiently taught me how to write my name and the name of one of my favorite Korean actors, Hyun Bin. As an outsider to this culture, this gesture meant a lot to me, as everyone at the fair was so welcoming and accommodating to ensure that I gained something valuable out of the experience.

After playing “gonggi,” a Korean marble game, I had finished six of the seven stations on the card sheet they had given out to everyone to keep track of their involvement. This qualified me for one of the many prizes at the front desk.

There was a jar filled with post-it notes, of which many post-it notes were left blank. Grabbing a blank sticky note earned students a complimentary prize such as a pair of BTS- themed socks, a sheet face mask and instant noodle cups. However, choosing one of the four sticky notes with a number written on them would reward you with larger prizes such as a Kakao Friends fleece throw, a lamp shaped like toast or a Kakao Friends themed water bottle. It was certainly my lucky day, as I grabbed the former and won myself the coveted Kakao friends fleece throw. I also won a round of applause as a volunteer took a picture of me and my prize.

As I grabbed my belongings and thanked everyone for the lovely experience, I was left with a sense of appreciation for everything that I had learned that afternoon and was touched by the kindness and hospitality of the students and professors. I would highly recommend that everyone on campus attends the fair next year for a fun experience and wonderful people.