Emory, CDC to be Annexed into Atlanta 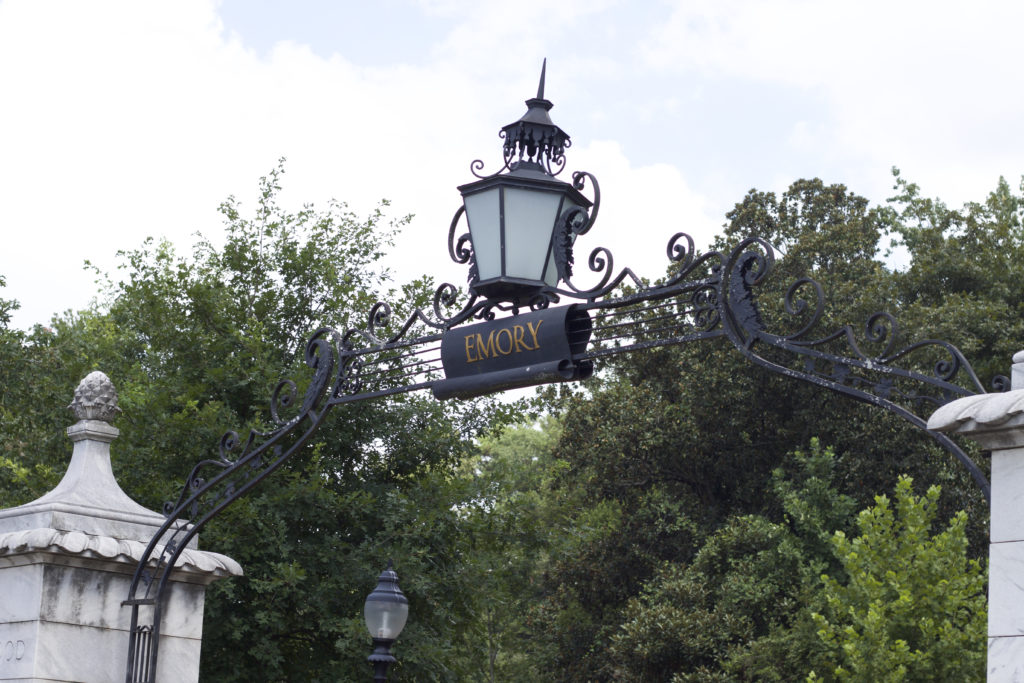 Emory University and some surrounding properties will be incorporated into the city of Atlanta Jan. 1, 2018.

The University, which first announced it would petition for annexation in Fall 2016, will join the city of Atlanta in the largest expansion of city borders in decades. The 744-acre expansion will move city borders eastward. The move brings Emory one step closer to a MARTA light-rail line that runs through the University’s campus, a line that was proposed by MARTA in 2012. The line, which is need of funding, could now be funded using city sales tax funds.

The Council vote was 13-0-1, with Councilman Alex Wan abstaining. Wan, Emory Libraries’ Director of Development, abstained to avoid any conflicts of interest.

Emory filed its petition June 27, and University President Claire E. Sterk said in a June 27 University-wide email that annexation was expected to be completed by Fall 2017.

“Working together, Emory University and the City of Atlanta will continue building a stronger future for neighborhoods across the metropolitan area,” Sterk said in a Dec. 4 University statement. “We enter this new stage of our relationship with enthusiasm and great optimism for what lies ahead. … We remain steadfastly committed to our colleagues and neighbors in county leadership and beyond.”

DeKalb County reached an agreement with Atlanta Sept. 26 to continue providing some services to the annexed area. The settlement resolved objections the County had, and Atlanta will pay DeKalb County $1 million for up to 10 years to continue handling fire services. DeKalb County will continue water, sewer and stormwater service, so rates will not change as a result of the annexation.

Most properties in the annexed area are tax-exempt and do not pay property taxes. Emory owns the land at the Emory Conference Center Hotel, Emory Point and some residential homes, but because the land is used for commercial or residential purposes, those properties may face slight changes in jurisdictional rates.

Jeff Rader, the DeKalb County commissioner that serves the annexed area, is skeptical of the annexation service agreements.

“While Georgia State Law affords DeKalb limited opportunities to influence the process, we believe that the intergovernmental agreement we negotiated with the City of Atlanta on service delivery will address some, but not all, of the adverse impacts of annexation on the surrounding unincorporated area,” Rader wrote in a Dec. 4 email to the Wheel.

A Step Closer to MARTA

Annexing Emory and surrounding properties may pave the way for a MARTA light-rail line that runs down Clifton Road. The project was conceived nearly 20 years ago, and the estimated $1.2 billion-line would connect Lindbergh Station to Avondale Station in Decatur, Ga.

Under terms of the annexation agreement, DeKalb County and Atlanta will make a joint request to MARTA to hold a public hearing in the annexed area to discuss rapid transit for the proposed Clifton Corridor project.

After annexation, Atlanta will have jurisdiction in the area surrounding about half of the proposed track line, according to WABE. The annexation will allow city tax funds to be used for construction of the MARTA expansion to the annexed area.

MARTA has been studying rapid transit on Clifton Road since 2011, and the proposed project is currently in its environmental impact statement phase. Transit service would not begin until 2025, according to the approximate project timeline.

Emory University, the CDC and CHOA are the second, 12th and 15th largest employers in the greater Atlanta area, respectively, and a light-rail line would serve commuting employees.

Most terms of the annexation were reached Sept. 26, but the Council waited to approve the annexation in its entirety until Atlanta officials decided whether Atlanta Public Schools (APS) boundaries would change with the new boundaries.

The annexed area includes nine students who are currently enrolled in the DeKalb County School District (DCSD), but more than $2 million in property taxes paid by commercial or residential tenants will be directed from DeKalb County public schools to APS.

“The change in school boundaries directly conflicts with the desire of the families in the Druid Hills community to maintain the 100-year alignment with DCSD,” Green wrote in a Dec. 2 statement sent to the Wheel by ‎Chief Communications and Community Relations Officer at DeKalb County Public Schools Eileen Houston-Stewart. “The expansion of the school district boundaries is not about education or children. It is irrelevant and unnecessary. … The expansion is about money.”

“We appreciate and support the Atlanta City Council Finance Committee’s revisions to the proposed annexation ordinance,” Carstarphen wrote in a Dec. 1 statement sent to the Wheel by APS Executive Director Of Communications and Public Engagement Ian Smith. “Our APS Charter, and approximately 145 years of precedent, establish that our boundaries must remain conterminous with the boundaries of the City of Atlanta.”

DCSD attempted to block a previous annexation when it filed a lawsuit against Atlanta Dec. 29, 2016. The lawsuit was dismissed, and 59 properties on or near University Drive became part of the city.

Rader said the change will be a substantial transfer of resources from DCSD to APS “without any significant service burden.”

“Poorer schools in DeKalb will make it harder to deliver services to our students,” Rader wrote.