This final version of Emory Bubble, Barkoff said, can support up to 64,000 site visitors simultaneously – in other words, if every student and faculty member at Emory University and Oxford College logged on at once, it would not crash. A year ago, its beta version could support only 200.

The company has even expanded to Morehouse College, where a red-colored version of Emory’s site serves students and is endorsed by Morehouse’s own office of Campus Life. Emory’s Campus Life endorsed Campus Bubble last fall.

Barkoff said Campus Bubble has been working with student leaders at 10 other campuses to launch other university-specific bubbles this fall, though he did not disclose the schools’ names.

Oxford College sophomore Ali Rashid said that when using the site, he had to check on different groups since he had not received any push notifications.

He added that making the switch from Facebook would be difficult, as he would have to seek out his notifications rather than seeing Facebook’s hard-to-miss red flag.

“I do think that people will want to use it, but it just feels a little primitive right now, like you have to put a lot of work into it yourself,” Rashid said.

Barkoff said the Campus Bubble team planned on improving the notification system this fall to resemble the now-defunct student network LearnLink’s red flags, which appeared alongside each group a student belonged to, rather than an aggregated notification for all groups combined. Another improvement, the site’s weekly calendar, will be expanded to a monthly one, he said.

Matt Cone, the interactive communications developer at Emory’s Campus Life who has worked with the Campus Bubble team for the past year, said many students could not figure out how to comment on a post and thought the “report a post” button was a “like” button.

“We’ve received about nine reports and every flagged post has been from someone who thinks they’re liking something,” Cone said, adding that Campus Life would handle any problems related to flagged posts.

Along with rearranging the structure of the site’s “feed,” which currently resembles Facebook’s home page, Barkoff said the company plans to restructure the feed itself into a grid-like design, similar to that of Pinterest.

Students’ profiles, Barkoff added, will be more personalized as the group continues to polish the site.

“It needs to do more to express what you’re like as a student, who you are in an academic context,” Barkoff said, adding that Emory Bubble would serve as a sort of academic version of LinkedIn for students.

Rashid said that he believes that the site’s “explore” section, which allows users to search for bubbles to join, needs work.

“The groups could be better organized – right now they’re really hard to find,” he said.

Barkoff, however, said that reorganizing the “explore” section, specifically by breaking bubbles into categories to narrow down the user’s search, is among the company’s many planned improvements.

The app has not yet been perfected either, Barkoff said.

“We received feedback that people had concerns with scrolling and receiving notifications,” he said, adding that the team planned to fix these issues “in a couple of weeks.”

Despite the number of needed fixes, the site has gained traction with some students. The site saw 7,065 log-ins in the past month, about 1,100 site visitors returned to Emory Bubble weekly and 353 new “bubbles,” or online groups, have been created so far, according to Barkoff.

College junior Mackenzie Wyatt said she liked having the Emory Bubble as an option to keep her from procrastinating on Facebook, while staying in touch with students from her classes and other groups for academic purposes.

“I just really want to get off Facebook – I want to compartmentalize social and academic networking,” Wyatt said, adding that, as president and founder of Emory’s chapter of the charity Worldwide Orphanage Relief Coalition (WORC), she planned to use Emory Bubble as WORC’s main method of communication.

Her only concerns were the number of Oxford students using the site relative to Emory College users, as well as the Atlanta events listed on the site’s calendar.

“I think it’d be nice to have just Emory-related things” on the Emory Bubble site, she said. “There’s always the chance that the Atlanta events could turn into advertisements.”

Cone said that as a replacement for LearnLink, which advertised events in Atlanta, the Emory Bubble needed to do so as well, as “an Emory-centric network.”

Cone also expressed the importance of the site’s continued inclusion of and connection with Oxford. The main challenge, he said, would be getting more Emory College students to log on and balance out the site’s number of users to better represent the two schools’ populations.

“Something we’re going to start focusing on is preloading each student, department and faculty organization, so that every organization has a presence there,” he said. “Hopefully that’ll drive up activity beyond handing out free t-shirts, putting up fliers and having a table at Wonderful Wednesday.”

Barkoff said his primary goal for the fall, on top of fixing the site’s structural and design-related issues, is to encourage students to join, but not to “shove this down people’s throats.” 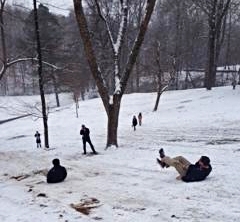 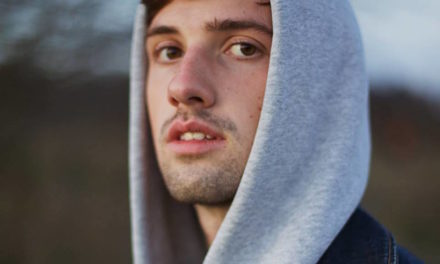