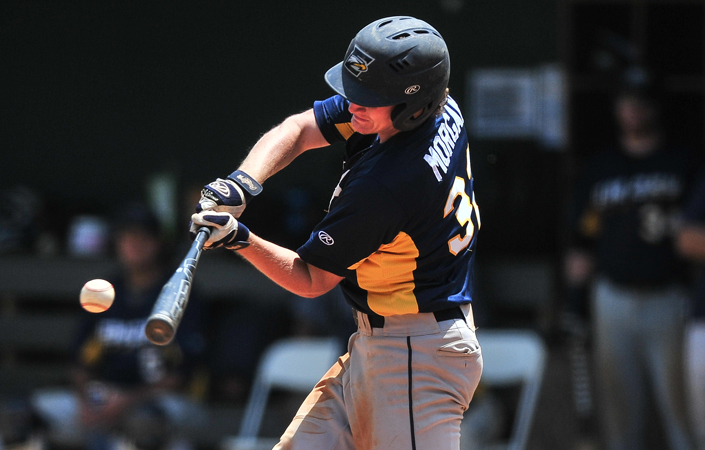 Emory’s baseball team took on Covenant College (Ga.) three times in two days, winning two games of the series. On Friday, March 18, Emory played at Covenant and lost 4-3. Then, on Saturday, March 19, the games moved to Emory, where the Eagles won both games against the Scots in the doubleheader. Following the weekend series, the team’s record now stands at 17-6.

On Friday, the Eagles fell in a disappointing fashion to Covenant 4-3. Junior pitcher Jackson Weeg added another strong outing to his season, throwing seven innings of one run ball, while striking out seven Scots. Weeg turned the ball over to junior reliever Kyle Monk in the eighth with a 3-2 lead. However, the usually reliable Monk struggled and gave up two runs to Covenant. Those two runs proved to be enough for Covenant, who held the Eagles scoreless in the top of the ninth to win the game. Monk got stuck with the loss, his third of the season. At the plate, junior left fielder Wilson Morgan went two for three with a home run, a walk and a RBI. Senior right fielder Chris Slivka drove in a pair of runs with a two-run double.

On Saturday, fresh off a tough loss the day before, the Eagles bounced back to claim both games of the doubleheader by scores of 7-4 and 3-2. In the first game, the Eagles’ offense exploded for seven runs, thanks in large part to a pair of three-run innings. Four Emory players finished with multiple hits: sophomore shortstop Nick Chambers (two), junior designated hitter Brian Hernandez (two), senior first baseman Ben Vizvary (three) and junior catcher Chris Young (two). Hernandez and Vizvary also drove in a pair of runners a piece. On the mound, junior pitcher Hans Hansen threw six innings of one-run baseball, which was good enough for his fifth win of the season. He was relieved by junior pitcher Luke Emmett, who finished the game and earned his first save of the year in the process.

The second game of the doubleheader was a 3-2 pitcher’s duel, in which the Eagles managed to come out on top. Senior pitcher Paul Merolla started the game and earned the win, moving his record to 3-0 this year. Merolla threw four and one-third innings, striking out six Scots and allowing only one run. Monk came in the game later and rebounded after his rough outing on Friday. Monk threw two and two-thirds innings of perfect baseball to pick up his eighth save of the season. He also struck out four batters in the outing. At the plate, freshman center fielder Jackson Grayson had arguably the biggest hit of his young career, a two-run double in the second that put Emory ahead for good. Slivka also had another good game, going one for two with a walk, a double and a RBI.

Emory will retake the field on Tuesday, March 22, at home against the University of Chicago (Ill.).